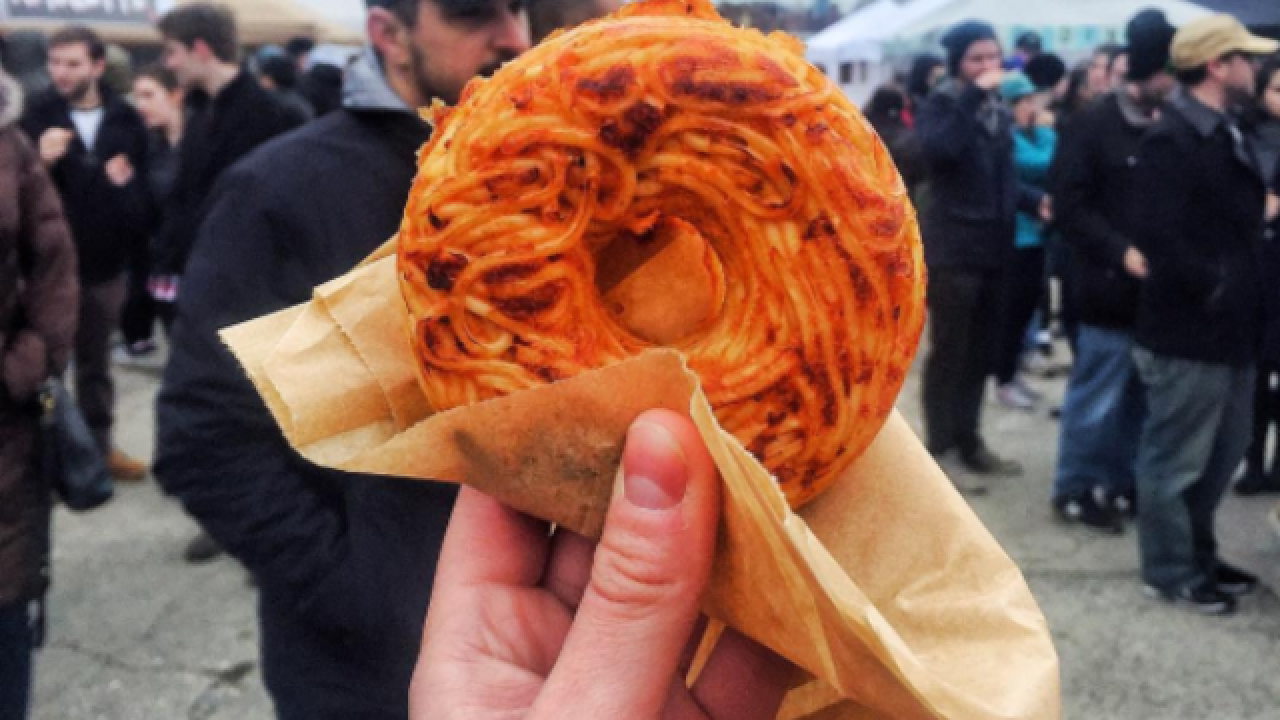 Copyright 2017 Scripps Media, Inc. All rights reserved. This material may not be published, broadcast, rewritten, or redistributed.
chloesavestheday | Instagram

Restaurants across the country are getting ever more creative (desperate?) with their offerings in a never-ending battle for viral success.

Locally, we have the carb-bomb chicken and waffle Turtle from Gomez Salsa on special this week, and Roll On In debuted sushi doughnuts in March.

But the latest food fad taking Instagram by storm? The spaghetti doughnut.

We don’t have them (that I know of) yet in Cincinnati, but Zagat was not impressed by Brooklyn's pasta-pastry nightmare.

"The marinara version tasted exactly like leftover spaghetti that had been placed in a Tupperware container to the point that it molded to the shape of the container, then quickly reheated after a couple of days,” the reviewer wrote.

RELATED: Roll On In for the latest sushi mash-up: the sushi doughnut

Chef Luigi Fiorentino’s heart seems to be in the right place though, since he told Zagat the concoction was a variation on a traditional Neapolitan dish (of leftover pasta) that he shaped into a doughnut for one simple reason.

“Americans seem to like round foods with holes in them,” he said.

9 On Your Side Anchor Kathrine Nero and Traffic Reporter Jaclyn DeAugustino got in on the viral food action with their review of Starbucks' new Unicorn Frappuccino. Watch in the video player below.