Events use different methods to fight gun violence, but have the same goal at heart 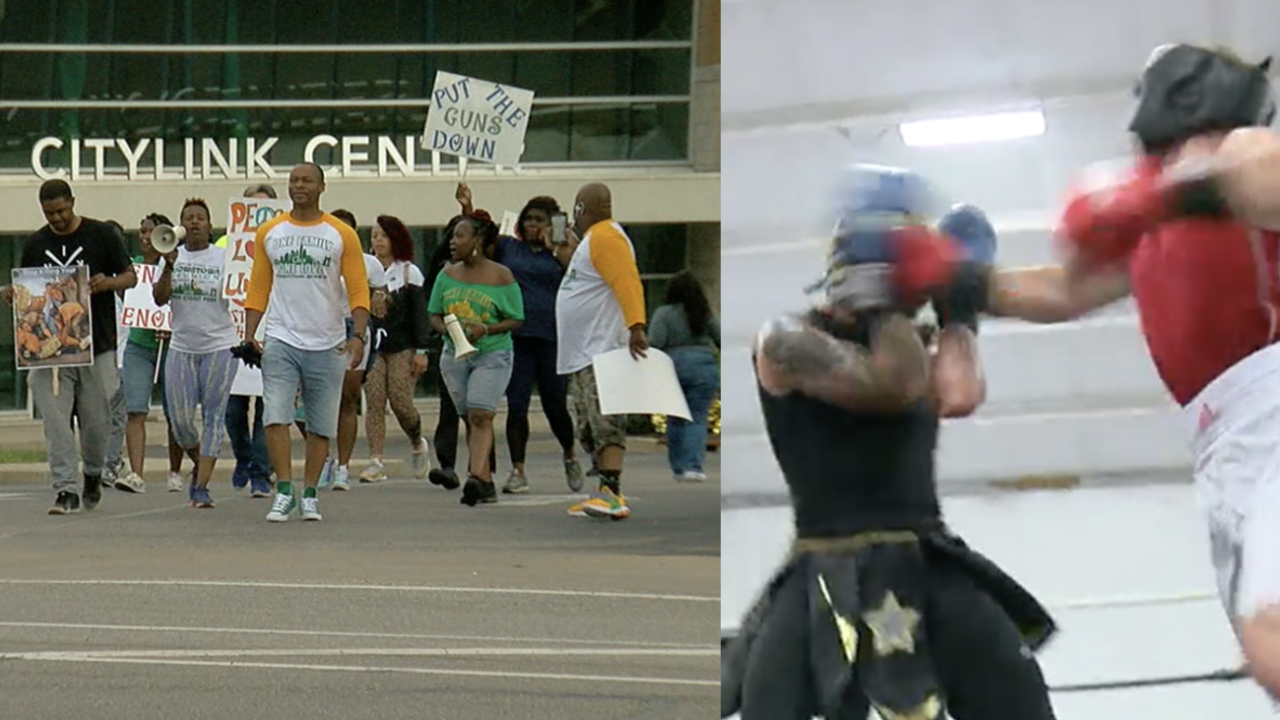 CINCINNATI — Calls to end gun violence could be heard throughout Cincinnati Saturday night, as multiple groups gathered to inspire hope and talk about actionable solutions.

Community members marched through the West End together before hearing from a panel of community leaders and experts, gathered to discuss the root issues of gun violence in the city, such as mental health, self-motivation and preventing violence overall.

"A lot of people point the finger," said Rob Harris, chair of the event, called One Family One Love. "We wanted to just get out in the community and do the things that we felt that is beneficial. Instead of sitting around, we wanted to be a solution to the problem."

Further north, in North College Hill, a very different event with the exact same goal gathered in the Game On! Sports Complex.

King of Kings Boxing gathered together, encouraging young people in Cincinnati to put down the guns and take up a pair of gloves.

The organization, and many young boxers competing Saturday night, said the sport is an important outlet that helps people to channel their negative feelings, like rage and fear, into something more positive.

"Getting in here and showing that you can do that same type of activity in a competitive nature beats being out there fighting on the streets," said Chane Chess, with King of Kings Boxing and Fitness. "Maybe you get locked up. Maybe something more horrible happens."

Many of the boxers in the ring on Saturday know the exact feeling Chess described, all too well.

"I really thought that I was going to be next, or thought that it could happen to me just because of my environment and my surroundings," said Demetrius Isome, an amateur boxer at the event. "Being in the gym, it gets you away from that."

He added that the sport builds character, and has helped him to learn a lot about himself, and the process of making crucial decisions.

After 18 total gun-related fatalities in the city since May, community members may have different methods of solving the problem, but they agree there is a problem that needs to be solved to save lives.