Eager to learn about the nation's racial divide and how we got here? New Women's Fund analysis can help 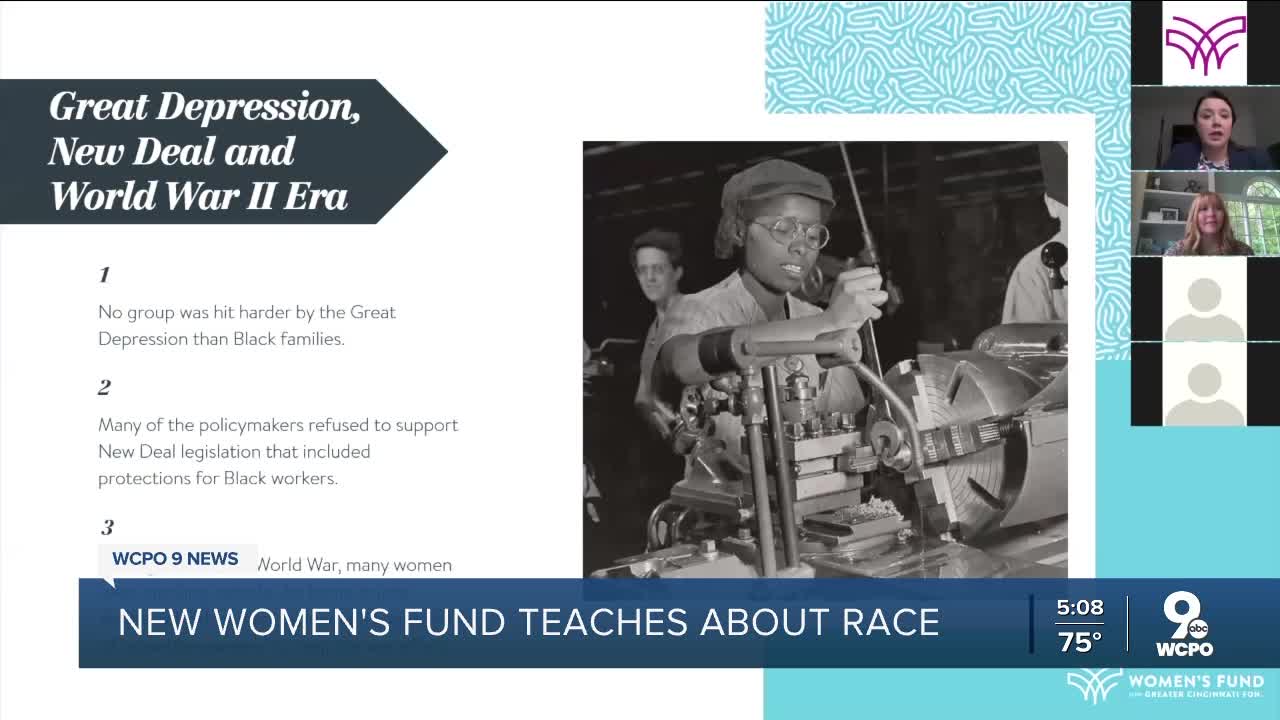 A new analysis by the Women’s Fund of the Greater Cincinnati Foundation aims to shine light on the centuries of laws, policies and practices that oppress Black women in the United States and make it more difficult for so many of them to achieve economic self-sufficiency. 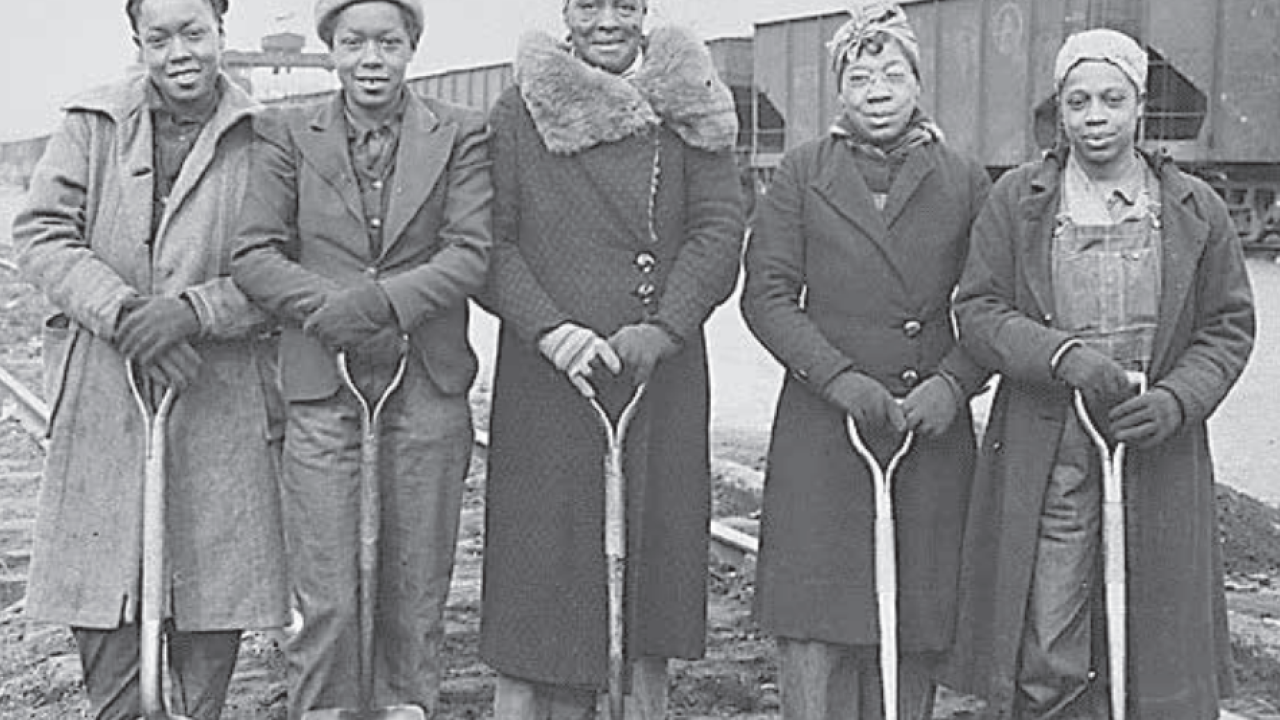 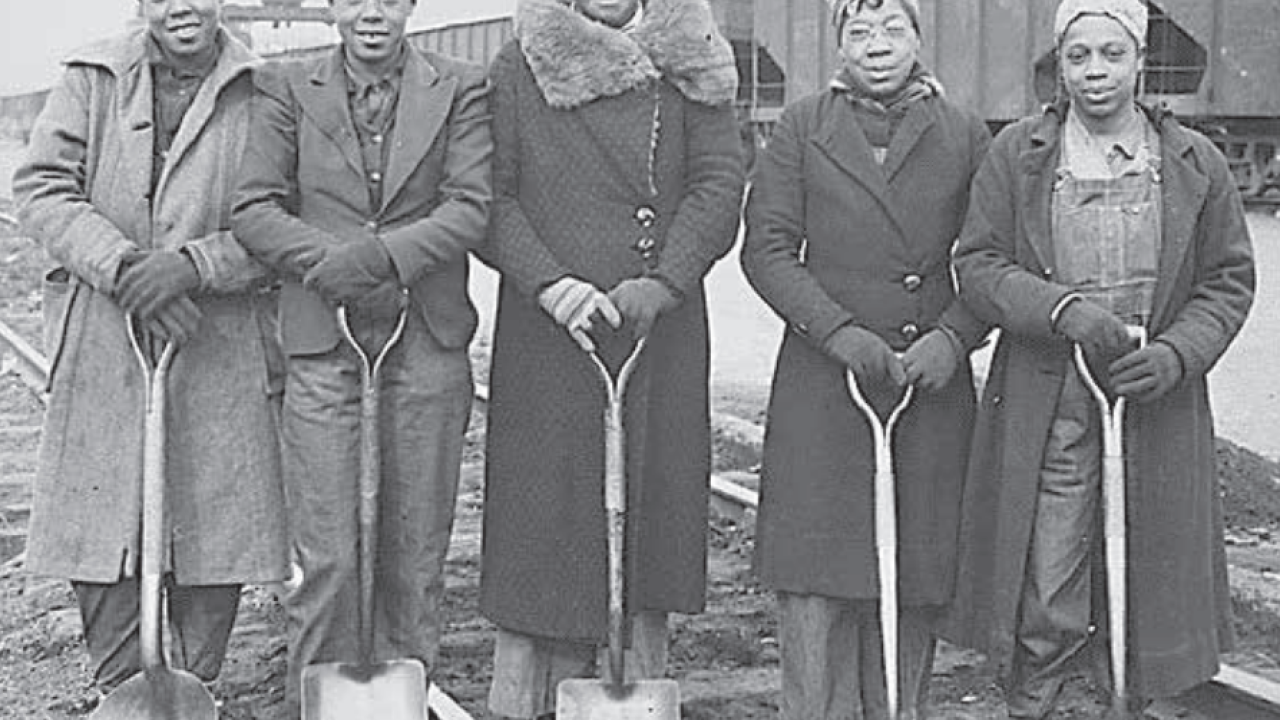 CINCINNATI — Attention people of the Tri-State who want to better understand the nation’s racial divisions and disparities:

A new paper by the Women’s Fund of the Greater Cincinnati Foundation aims to shine light on the centuries of laws, policies and practices that oppress Black women in the United States and make it more difficult for so many of them to achieve economic self-sufficiency.

Consider that 39% of the country’s Black mothers and their families live in poverty, according to the paper, titled “Analysis of Black Women’s Historical Labor Trends & Systemic Barriers to Economic Mobility.”

Yet 78% of Black moms with children are employed.

The paper explains how those two statistics can be true at the same time: More than 50% of Black women work in clerical positions or jobs such as child care or elder care, housekeeping or food service – vital but often low-paying jobs with few benefits and supports.

“From growing food to caring for children to nursing the sick, the United States of America was built on the backs of Black women and their families,” the paper states. “From slavery to today, the perseverance and work ethic of Black women is how our community continues to prosper.”

The historical analysis follows years of research the Women’s Fund has conducted on gender and racial pay gaps in Greater Cincinnati, which have found those disparities persist among higher paid, highly educated Black women, too.

“We know the disparities, but I think what we didn’t understand is the history of why they exist,” said Meghan Cummings, executive director of the Women’s Fund. “This phase of the research is really just learning together about historical trends that led us to where we are today with those disparities.”

She is one of nearly a dozen women listed as community reviewers in the paper. The Women’s Fund sought out Black women in the community to get their critiques and insights before completing the work.

“This isn’t Black history. It’s American history. It’s American history that’s been omitted from the history books,” said Bankston, who recently retired as an adjunct professor at the University of Cincinnati’s College of Nursing. “What this does for some people is helps them to understand why they believe what they believe or why their grandmother believed what they believed. And for some people, it scares them. It scares them because that means, ‘My folks were a part of this.’”

Kamara Douglas was a community reviewer for the paper, too. Douglas is the administrative and community affairs director for Cincinnati City Councilman Chris Seelbach. She agreed to help after being impressed by prior research the Women’s Fund completed and presented to Cincinnati City Council’s Equity, Inclusion, Youth & the Arts Committee, which Seelbach chairs.

The fund’s previous research highlighting disparities that Black women face resonated with Douglas, she said, adding that discrimination, stereotypes and bias continue to make it difficult for Black women to advance in professional settings.

The fund’s new analysis includes a discussion of those stereotypes and biases and how they can hurt Black women’s careers, whether it’s the caricature of an “angry Black woman” being difficult to get along with or an assumption that a Black mom is by definition a single mom and should not be hired because she would miss work when her children get sick.

“I’m hoping that a lot of companies here in Cincinnati will see this and they will start to really look at their workforces and their employees to see, look, you guys have a lot of great talent,” Douglas said of the new paper. “Just consider everybody.”

Other topics explored in the paper include:

· A fuller range of occupations for Black women didn’t start to open up until the Civil Rights Act of 1964.

· Black women are still overrepresented in low-wage jobs despite those civil rights advancements.

· Black women are paid on average 66 cents for every dollar paid to white men. They also are paid less than white women and Black men. The wage gap for Black women narrowed in the decades following the civil rights movement but has widened again since 2000.

· Differences in education, experience, union membership and regions of the country don’t fully explain the wage gap. The wages of Black women are lower than white men, white women and Black men at every level of education and within every occupation.

“Oftentimes, people will say women choose occupations that pay less, and that’s why we see the pay gap,” Cummings said. “When in actuality, the fields that pay less, it’s precisely because they are predominated by women and people of color that those fields are undervalued and pay less over history. We have to really pull apart this idea of choice and understand that these biases run a lot deeper and really predict wages in certain fields.”

The paper also notes that the coronavirus pandemic and economic crisis are making it even more difficult for low-income Black women to achieve economic self-sufficiency.

The analysis shows this isn’t the first time an economic crisis has hurt Black families so badly. Black Americans were hit harder by the Great Depression, too.

About half of Black Americans were unemployed by 1932, the paper notes, which was roughly twice the unemployment rate of white Americans at the time. The federal government’s recovery efforts largely excluded Black Americans then. Aid to Families with Dependent Children, for example, was designed for poor mothers who stayed home with their children. The law excluded domestic and agricultural workers, which excluded many Black working women who were struggling financially. Black women could not get cash assistance until the 1960s.

“We’ve had this summer of racial awakening, and it’s up to all of us, people most affected and allies, we have to learn and understand this information that we often didn’t learn growing up,” Cummings said. “When we learn this information it helps us understand where we are now and what changes we need to make this a society where everyone can participate, prosper and reach their full potential.”

The paper is filled with information that Bankston said she knows all too well.

She grew up in Youngstown, hearing the stories of how her grandfather nearly got lynched in the South after a white woman accused him of making advances. She heard about how her grandmother worked as a domestic for a white judge in town and then came home after a long day to take care of her own family’s household needs. She was a working mom and college student in the 1970s when the women’s movement was pushing for white women of privilege to be able to work outside the home.

“My friends, we’re all like, what are you talking about? Every woman that we knew in our life had to work,” she said. “We were already in charge of our own homes, working and still having to be a housewife. We had to do both. There was never the ability to just sit at home and raise the kids. That wasn’t an option.”

And while the analysis focuses much of its attention on lower-income Black women, middle-class and higher-earning Black women face many of the same biases and barriers, Bankston said.

The racial disparities the United States has today are the result of an economic system working exactly as it was designed to work, she said, and the new analysis helps show how.

“When we look at this from an economic perspective, we have to look at what rules and laws were in place that created the system we have today,” Bankston said. “Over the years there were these laws, whether we’re talking about the Federal Housing Authority or any of the jobs that came out, they were not developed to include people like me. And because of that, what we have is what it was designed to do.”

Cummings said she hopes people throughout the community will read the paper – maybe even in their book clubs. She hopes business owners and community leaders will review its many recommendations and do what they can to make Greater Cincinnati a more equitable place.

Bankston said she hopes so, too, but she knows not everyone will.

“Here’s the part that saddens me,” she said. “There are some people that they can have this information, get this information and literally say, don’t confuse it with the facts. I had one of my faculty colleagues at the College of Nursing ask me, should she be embarrassed for being white? And she was very angry.”

The goal, Cummings and Bankston said, is to give people the information they need to make change in their views and their communities.

“I hope that people will read this report and other reports and say, ‘I don’t feel that way,’” Bankston said. “I hope that it helps to enlighten them so that they can begin to have the conversations about how they’ve come to believe what they believe and how it has impacted and influenced today’s policies and rules and decisions and what role they can play in making it better for all people to live, work and play in our country going forward.”

You can read “Analysis of Black Women’s Historical Labor Trends & Systemic Barriers to Economic Mobility” online. More information about the Women’s Fund of the Greater Cincinnati Foundation and how you can get involved is available online, too.