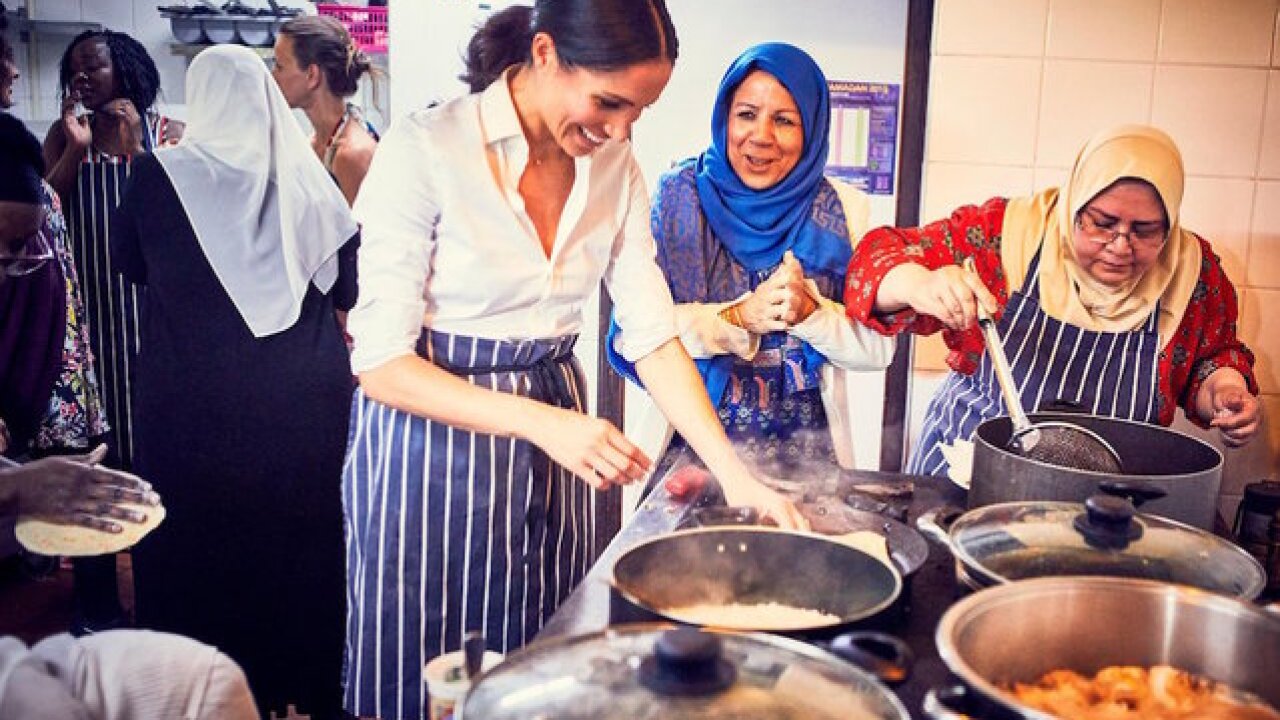 LONDON, England — In her first solo project as a member of the royal family, the Duchess of Sussex is supporting a new charity cookbook showcasing recipes from women whose community was affected by the Grenfell Tower fire, Kensington Palace said in a statement on Monday.

In January 2018, as she was settling into London, Meghan Markle met the group of women who gathered to cook twice a week in a communal kitchen at the Al Manaar Muslim Cultural Heritage Centre.

"I immediately felt connected to this community kitchen; it is a place for women to laugh, grieve, cry and cook together," Markle, who has continued to make regular private visits to the kitchen, said in a statement.

She championed the cookbook project as a way of ensuring the kitchen could operate more regularly, and it is hoped that profits from the sales will help keep the kitchen open up to seven days a week.

The kitchen originally provided a place for the women to cook fresh food for their families and neighbors, who were living out of hotel rooms after the fire, but more than a year later it has also become a support network. The women who gather there call it the Hubb Community Kitchen — in Arabic "hubb" means "love."

"I immediately felt connected to this community kitchen; it is a place for women to laugh, grieve, cry and cook together," said the Duchess, who has written the foreword for the book.

Supported by The Royal Foundation, "Together: Our Community Cookbook" features over 50 recipes from across Europe, the Middle East, North Africa and the Eastern Mediterranean, and celebrates "the power of cooking to bring communities together."

"Melding cultural identities under a shared roof, it creates a space to feel a sense of normalcy — in its simplest form, the universal need to connect, nurture, and commune through food, through crisis or joy — something we can all relate to," she said.

The Duchess, who is quite a foodie herself, would often share recipes from her kitchen on her now-defunct lifestyle blog The Tig.