Column: Trooper lost two legs and an eye, but he survived. This is how he's using his second chance. 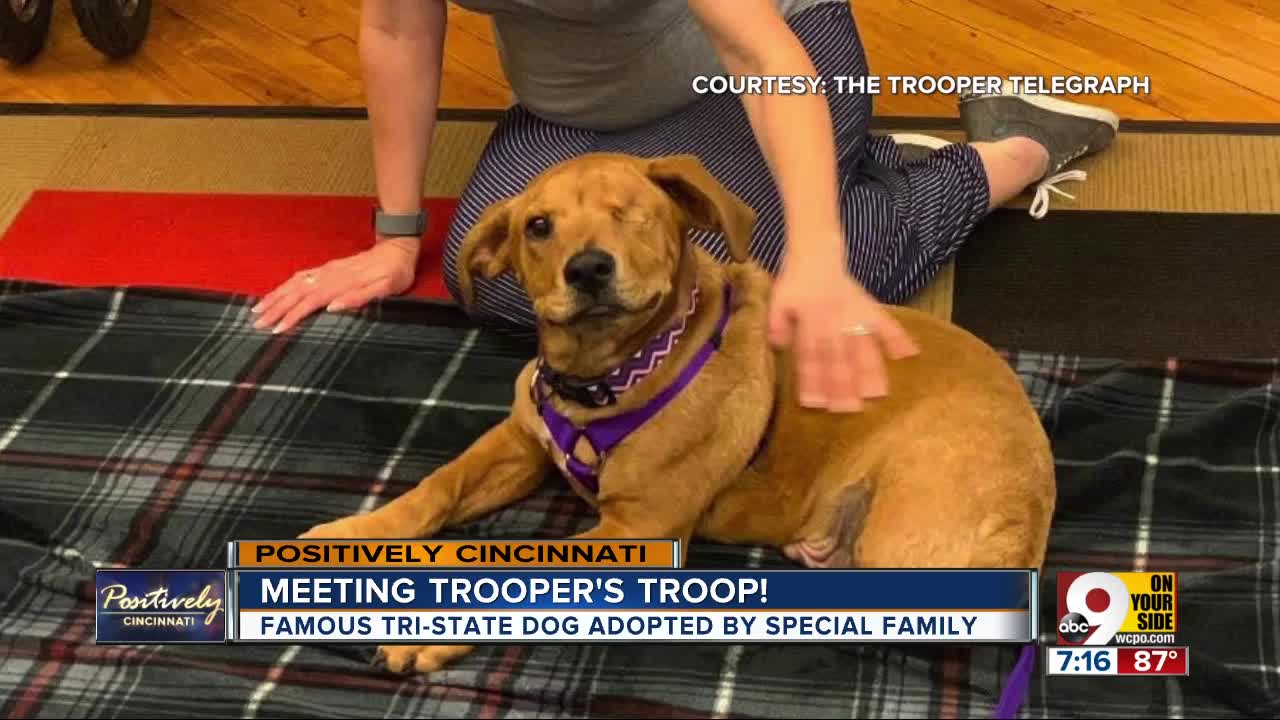 When he was just a young pup, Trooper was abandoned in a park. He wandered to some tracks, and a train hit him. He lost his two hind legs and one of his eyes. But he survived. All he needed was a family. And he found it. You could say he won the lottery of families. 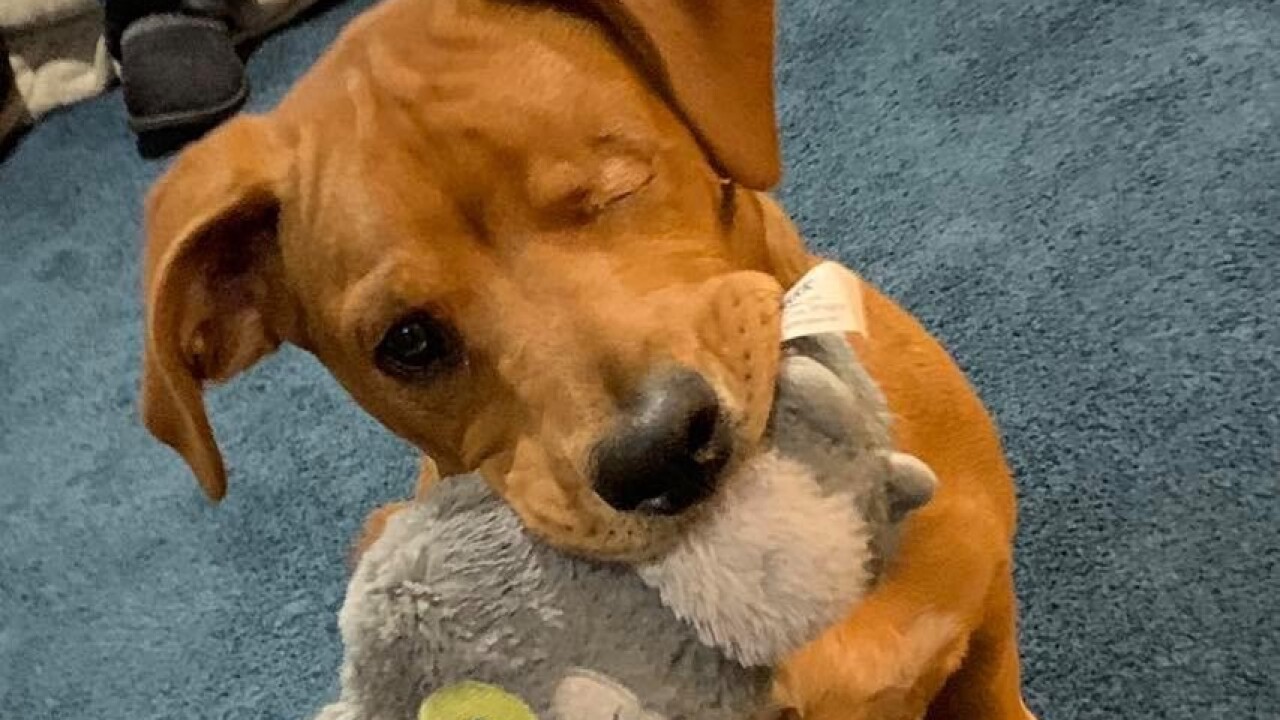 A couple of months ago, I was talking with my co-worker, Hillary Lake, about a new segment we’re doing called “Positively Cincinnati.” That’s when she suggested I look into interviewing a woman who adopted a very special dog.

His name is Trooper.

When he was just a young pup, he was abandoned in a park. He wandered to some tracks, and a train hit him. He lost his two hind legs and one of his eyes. But he survived. All he needed was a family. And he found it. You could say he won the lottery of families.

Betsy Forman and her husband, David, adopted Trooper. He became their seventh special needs dog. And that is just the beginning of why I love this story so much.

I’m a dog lover myself. Perhaps you’ve seen my all my social media posts about Ginny Mae, my golden retriever.

Trooper is no stranger to social media, either. In fact, he has his own Facebook page with more than 11,000 followers called “The Trooper Telegraph.”

My advice: Check it out.

The page is all about puppy love and personality. The person who runs it writes in Trooper’s voice – ending his posts with paw prints. The pictures are loaded with great dog attitude, but that’s not all.

This is a page with a mission.

You see, Trooper is a working dog – and when you watch him work, you see it makes him happy. He does five to twelve public appearances a week, meeting and greeting a community that has grown to adore him. In return, people donate everything from dog food, blankets, cleaning supplies and even stuffed animals.

Trooper’s camp makes sure all the donated stuff gets to animal rescues and humane societies. And they put the good work on Trooper’s page.

“His page is full of life," Betsy Forman told me. "He’s full of life. He was given a second opportunity so we don’t waste any of that.”

It is that second opportunity that’s making it possible for places to give other dogs second chances. It’s good work with goals.

Betsy Forman is also aiming for a bigger discussion on animal abuse and neglect.

“As the page develops, and he gets a bigger following, the hope is that it will become a platform to talk about rules and laws and things that should change," Betsy said.

It’s an endeavor that would have made her son, Dwaine, proud. Betsy and David took him in when he was just an infant for what was supposed to be hospice care. They ended up adopting Dwaine, and he lived almost 17 years. She says his sudden passing taught them important lessons about life: That it’s not permanent. That tomorrow isn’t guaranteed. That if you want to do something, don’t wait. Do it now.

In a world that can be bitter at times, their story shows the capacity of the human heart to love, and love without bounds. It ended up being a perfect “Positively Cincinnati.” Thank you, Hillary, for the recommendation!