COLUMN: What all of us can learn from two black-owned businesses separated by nearly 200 years 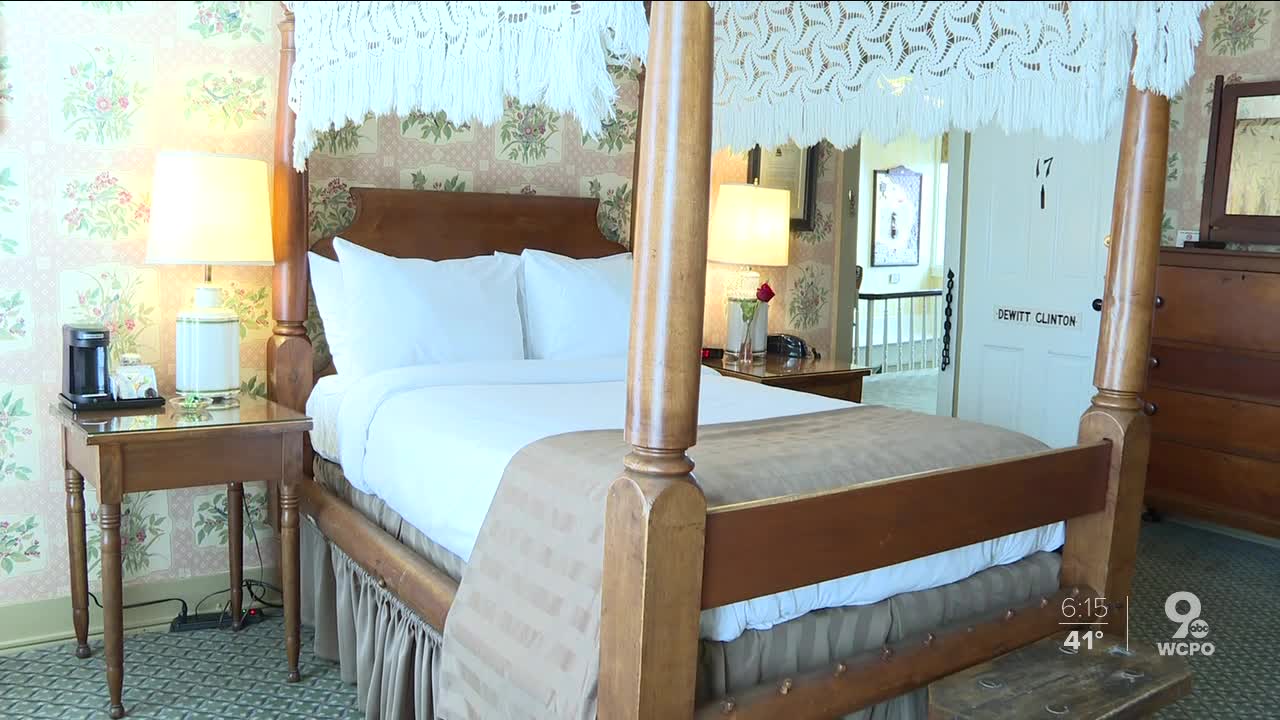 Henry Boyd was a Cincinnati cabinet maker in the 1830s, a man who moved from Kentucky after he bought himself out of slavery. You read that correctly. He was such a skilled furniture maker that he earned enough money to buy his own freedom – and enough to buy it for his brother and sister, too, according to Gina Ruffin Moore, a local author.

CINCINNATI — Look, I’m going to be honest with you. I’m a big fan of Henry Boyd and have been for a long time.

That’s not the most objective thing to write as a reporter, but that’s why this headline has the word “column” in front of it. I think it’s only fair for you, the reader, to understand my bias going into this.

Consider: Boyd was a Cincinnati cabinet maker in the 1830s, a man who moved from Kentucky after he bought himself out of slavery. You read that correctly. He was such a skilled furniture maker that he earned enough money to buy his own freedom – and enough to buy it for his brother and sister, too, according to Gina Ruffin Moore, a local author.

That’s not even the most impressive thing about Boyd.

He designed a bedstead that was so innovative that it was patented and so well made that other local furniture makers stopped making beds and referred their customers to Boyd, according to “The Furniture Makers of Cincinnati 1790 to 1849,” a book by Jane E. Sikes published in 1976.

But here’s what made me a Henry Boyd super-fan: During the Cincinnati cholera epidemic in 1832, Boyd was quoted in a newspaper article suggesting that boiling the water might help contain the disease. Experts at the time dismissed the idea initially but eventually discovered he was right.

So when my editor asked me to write a Black History Month “Then and Now” story featuring an African-American trailblazer from Greater Cincinnati’s past and a modern-day counterpart, I immediately thought of Henry Boyd.

“Henry Boyd, I think he was unusual in that he didn’t let anything prevent him from fulfilling his dreams,” said Ruffin Moore, who also is a member of Princeton City School District’s board of education.

Boyd wasn’t the only reason I wanted to do this story. I have reported about women- and minority-owed businesses in Greater Cincinnati for more than 20 years, and I know the region is home to many contemporary African-American entrepreneurs who are blazing trails of their own.

Vincent Williams is one of them.

Williams is a 35-year-old second-generation entrepreneur and co-founder of Orchestrate Technologies.

The Reading-based company is working to change the way small businesses use technology.

“Orchestrate Technologies was formed based on the idea of really turning the traditional technology experience on its head,” Williams told me. “We believe in simpler solutions.”

The company works with clients to help them eliminate complexities and make their technology work for employees, rather than forcing employees to learn added layers of technology to do their jobs, he said.

“We bend solutions towards people as opposed to people toward solutions,” he said. “We founded Orchestrate to really get rid of the clutter and allow people to do what they do best.”

Most of the company's 13 employees are women, he told me, and every employee is trained to be able to handle multiple roles for the business.

The company also has meeting rooms in its building on Pike Street that its clients can use so they have access to technology and space that smaller businesses might not otherwise be able to afford.

Plus, Orchestrate Technologies is a certified B-Corp, a certification designed to demonstrate the company’s commitment to being good corporate citizens and looking out for the environment rather than focusing solely on profit above everything else.

“Everything that we do goes through that strategic screen of people, planet and profitability,” Willams said. “That’s how we grade ourselves internally.”

B-Corps didn’t exist in the 1800s, obviously. But it seems like the kind of progressive approach that Boyd would have appreciated.

As talented as Boyd was at his trade, it took him a while to get a job as a furniture maker and then start his own business in Cincinnati, Ruffin Moore said.

He got his big break when his boss showed up too drunk to do a job, and Boyd took on the project himself, she said. Word spread about Boyd’s talent after that, and he opened up his own business.

“He just had an amazing idea,” she said. “He hired whoever was qualified for the job, black or white, and they could work side by side. That was somewhat of a revolutionary concept back in the 1800s.”

Boyd also was an abolitionist, she said, and helped enslaved people escape to freedom.

“You never know how many cabinets, how many storage areas he made that were used and transported and had people inside of them,” she said. “He was just multi-talented.”

Boyd put his name on the bedsteads his company made, and they were popular and prized for their superior construction, according to Sikes’ book.

“There was a millionaire in Cincinnati who owned a hotel, and he liked the bed so much, he bought 100 of them for his hotel,” Ruffin Moore said. “Because they lasted.”

But Boyd’s progressive ideas made him enemies, too.

People opposed to his use of an integrated workforce burned down his business three times, Ruffin Moore said. He had insurance and rebuilt the business twice, she said. But the insurance company dropped him after the third fire, which put him out of business.

Now, his business is memorialized at the Cincinnati Museum Center's Cincinnati History Museum at Union Terminal.

I’ve written many stories about how minority entrepreneurs have more trouble getting loans from banks than their white counterparts. The Cincinnati USA Regional Chamber’s Minority Business Accelerator works to help black- and Hispanic-owned companies overcome that obstacle and others.

Williams said capital was a challenge for him and his partner after they launched Orchestrate Technologies in 2013.

They also have had to build recognition in the community and figure out the best way to market their company and grow in a smart, stable way.

However, Williams said he grew up watching his father build a business in Lexington, Kentucky, and he believes the rewards of being an entrepreneur outweigh the struggles.

Orchestrate Technologies had $1.4 million in revenue last year, he said, and is growing quickly.

“Progress and innovation isn’t always easy. I think that it’s a path that is not very well traveled,” he said. “You’re going to come up against some challenges and obstacles. But I think you have to have the courage and the leadership to be able to step outside the status quo and do different things.”

When talking about the lessons that we all can learn from Henry Boyd, Ruffin Moore recalled something her Aunt Bea used to tell her: “Be always ready.”

“When you think about Henry Boyd, he was a former slave. He gets out of slavery. He becomes an apprentice. He’s a cabinet maker, but he can’t get a job in the skilled trade that he has,” Ruffin Moore said. “But yet opportunity arose. The regular guy got drunk. And when he got drunk, Boyd was ready.”

It’s a valuable lesson for all of us, entrepreneurs or not.

Lucy May writes about the people, places and issues that define our region – to celebrate what makes the Tri-State great and shine a spotlight on issues we need to address. She has been reporting on women- and minority-owned business in Greater Cincinnati for more than 20 years. To reach Lucy, email lucy.may@wcpo.com. Follow her on Twitter @LucyMayCincy.