Princesses Ballet is a ministry of City Gospel Mission that combines free classes with Bible study to teach dance, discipline and teamwork. 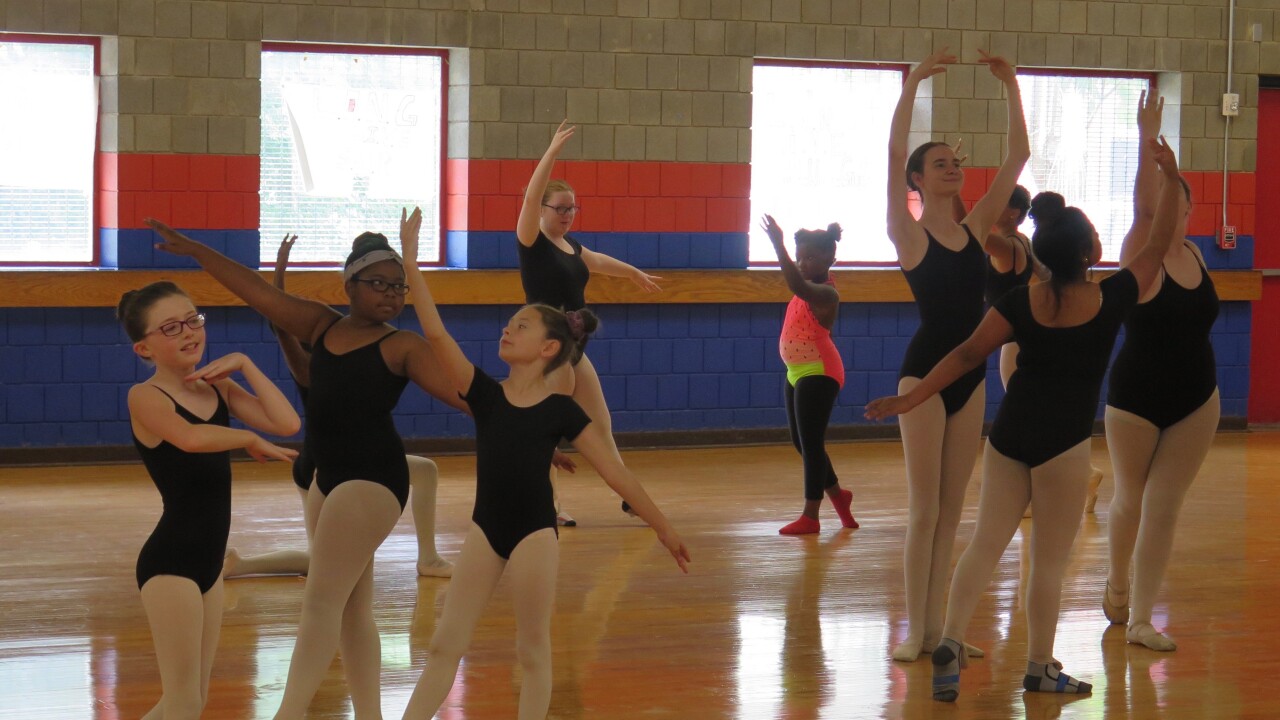 CINCINNATI — Less than a minute into Princesses Ballet rehearsal, Director Gordon Havens calls out instructions to his young dancers.

Sometimes the guidance is broad: “Don’t let it be boring. And make the audience just enjoy it.”

Other times it’s directed: “Where’s your shoulders, Alice? Oh my goodness, that changed everything just then. Back of your neck, Lizzie. Stretch the back of your neck.”

No matter whose name he calls, though, every dancer listens to each word. When Havens talks to one of them, the lesson is for everyone.

Welcome to Princesses Ballet, a ministry of City Gospel Mission that Havens has overseen for the past 17 years. More than 500 girls between the ages of 3 and 18 take his classes at 21 sites around Greater Cincinnati. The program offers dance classes and multiple performance opportunities along with Bible study and hefty helpings of discipline, self-control and teamwork.

“Ever since I walked in the doors to dance, I felt like this is where I belong,” said 10-year-old Elise Dunson, who has been dancing with Princesses Ballet for four years. “Mr. Gordon is a wonderful ballet teacher, and he may be strict. But he has a reason for it.”

“We’re teaching girls discipline and self control, and we’re teaching them hard work,” Havens said. “I have high expectations on each child, and I believe that they have the potential to go further than what most adults kind of expect from them.”

Princesses Ballet takes students from throughout the community, including sometimes girls whose families are staying at homeless shelters. Dance classes are free for the students. Participants pay only for their costumes, which typically cost around $30.

City Gospel Mission covers most of the program’s costs through fundraisers such as the annual “Evening of Dance” event happening Friday, Aug. 2 at University of Cincinnati’s College-Conservatory of Music. Tickets are still available.

“The word 'free' means a lot to me,” said Elise’s mom, Tamiko Dunson, who lives in the West End and works as a job developer at Ohio Valley Goodwill Industries. “The service that he is offering and providing would be probably in the hundreds or thousands of dollars for what you would spend with the investment he puts in these girls.”

The low cost means a lot to Hillary Bullions, too.

She and her family live in Finneytown. Bullions’ husband works at GE Aviation, and she’s a stay-at-home mom. Their daughter, Alice, has been dancing with Princesses Ballet for two years and dances with the program for at least eight hours a week.

“There’s no way my husband and I could afford for her to be able to dance eight hours a week,” she said, noting that the average dance studio can cost about $12 an hour. “It’s an opportunity we have to take advantage of, and it offers the opportunity for all girls to participate.”

Nine-year-old Alice said what she likes most about Princesses Ballet is that she gets to hang out with her friends.

Bullions learned about Princesses Ballet when her daughter took part in a one-week summer clinic. Havens asked Bullions and her husband twice if Alice would want to be part of the year-round program. When they said no both times, Havens asked Alice. She jumped at the chance.

“She loves it. She positively loves it,” Bullions said of her daughter.

She loves it so much, in fact, that when Bullions told Alice that she wouldn’t be able to drive her to an extra rehearsal, the little girl found her own ride.

“She loves every minute of it, even when it’s a lot of hours and a lot of time,” Bullions said.

Dunson said she first learned about Princesses Ballet when she saw one of the group’s performances even before she had a daughter.

“I remember seeing those girls and thinking, they are so beautiful and graceful,” she said.

Dunson knew if she ever had a daughter, she would try to get her involved. After Elise was born, she was determined to give the program a try.

Elise first began Princesses Ballet when she was 4 years old, but she wasn’t quite ready, Dunson said.

Once she got to school age, they tried again.

“She loves the friendships and the bonds that she’s formed with the other girls. She’s very much a social butterfly,” Dunson said of her daughter. “I think she genuinely loves Gordon.”

Dunson said she and the other parents appreciate the strict but loving approach that Havens takes with the girls, too.

“I love the fact that it’s making her more responsible at such a young age,” she said.

There are no income guidelines for girls who take part in Princesses Ballet. But Havens said he knows many of his students wouldn’t be able to afford quality dance instruction if it weren’t for the program.

He has dreams of making Princesses Ballet even better, he said, if the program can raise enough money to remodel a space to convert an old swimming pool into a more modern dance studio with mirrors and special flooring.

Friday’s fundraiser could help raise some of the money needed for that, he said, in addition money for transportation, equipment, food and stipends that Princesses Ballet pays to older dancers who help teach the younger students.

The program is about far more than pirouettes or pliés. Havens said his dancers also learn how to listen and pay attention, and he gets many reports about how his students do better in school and become leaders.

“Every child is very precious to me. I deeply care about each one,” he said. “But that doesn’t mean I will let them do whatever.”

That was clear during a recent rehearsal where Elise, Alice and their Princesses Ballet classmates were preparing for Friday’s big event.

“I’ll pull you — and I’ll have less dancers, and I’d rather have more — if you’re doing your own thing,” he warned them.

Princesses Ballet “Evening of Dance” begins at 7 p.m. Aug. 2 at University of Cincinnati’s College-Conservatory of Music. "So You Think You Can Dance" alumnus Jim Nowakowski will perform with the girls as part of the event. Nowakowski will dance with partner Caitlin Valentine-Ellis. Both are company members with BalletMet in Columbus. Tickets are still available and can be purchased online.

More information about Princesses Ballet is available online too.