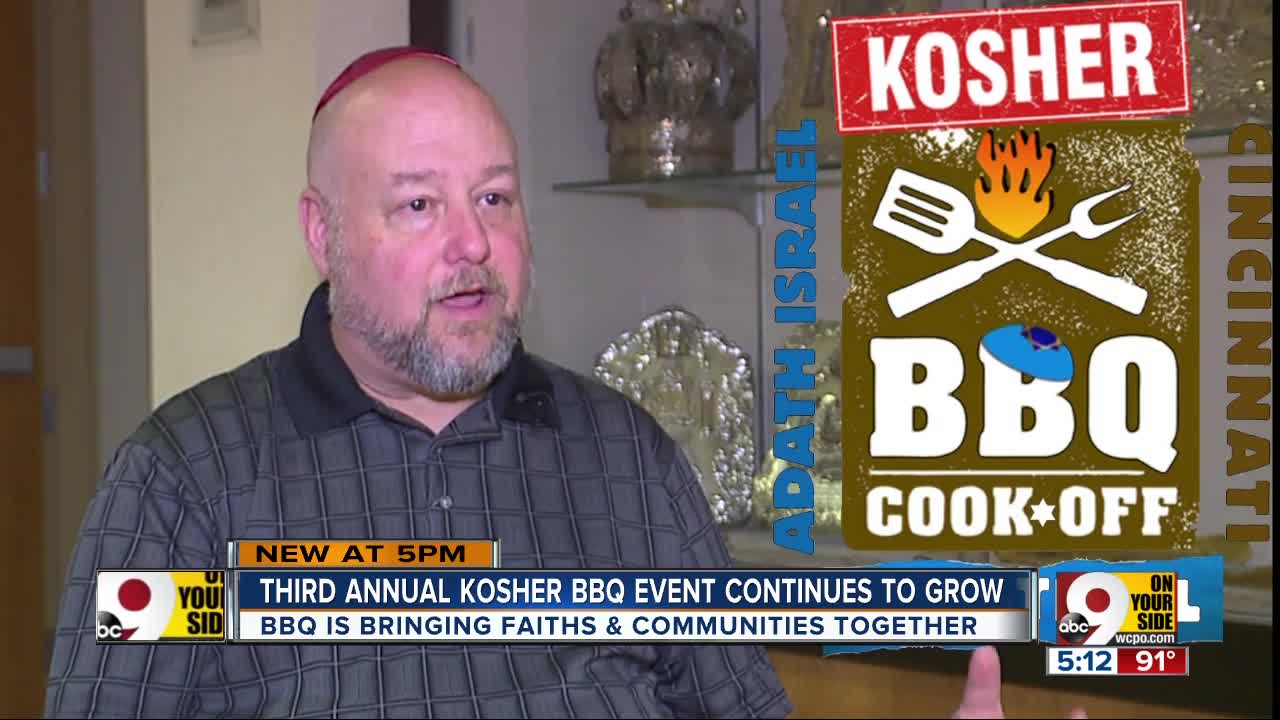 The Cincinnati Kosher BBQ Festival and Cook-Off aims to bring together people from different faiths and communities to build friendships and understanding. 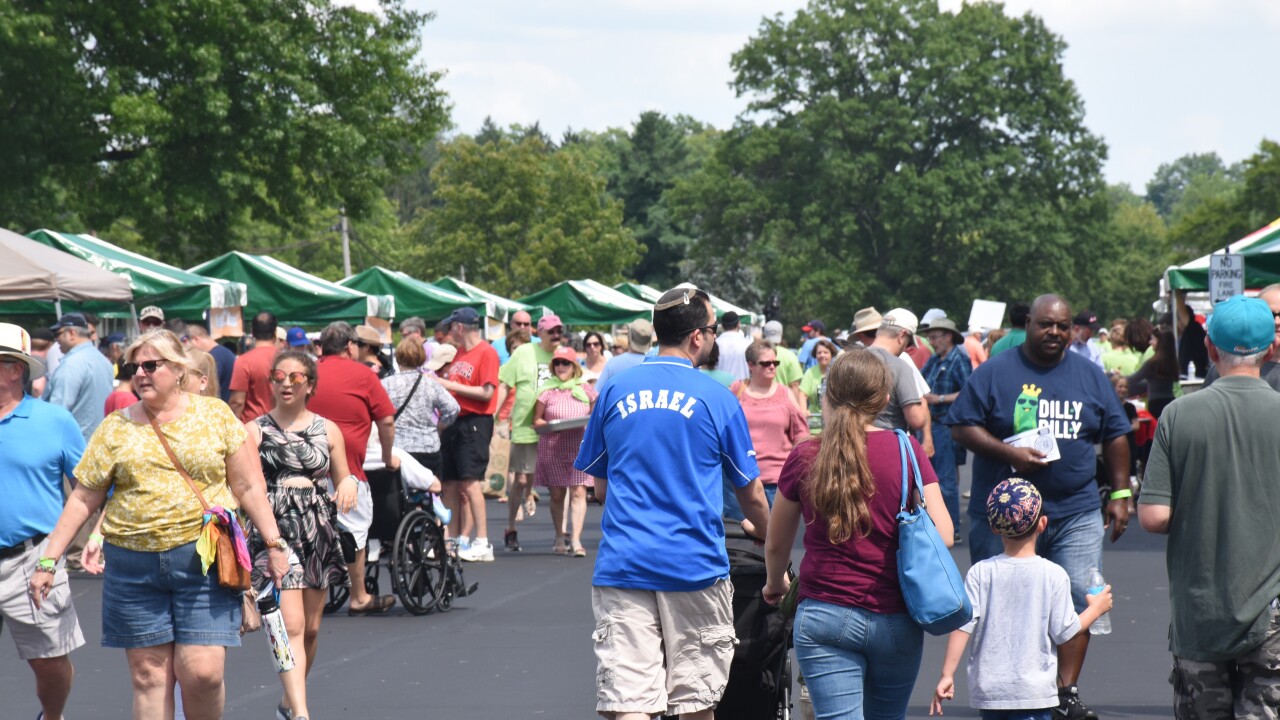 AMBERLEY VILLAGE, Ohio — Sometimes a good barbecue is about more than just the food, and Sunday's 2019 Kosher BBQ Cook-Off and Festival promises to be one of those times.

Now in its third year, the event at Adath Israel Congregation in Amberley Village aims to bring together people from different faiths and communities to build friendships and understanding.

“We think community is important,” said Michael Weisman, the event’s co-chair. “We’re all different, and getting together and breaking bread is a great way to recognize that we’re more the same than we are different.”

Pastor Ennis Tait attended the event with his family last year and said he wishes there were more like it.

“It promotes unity, it promotes family, it promotes everything that community is about,” said Tait, an anti-poverty advocate and president of the Faith Community Alliance of Greater Cincinnati. “Not worrying about race, not being caught up in differences — the true aspect of love thy neighbor.”

The barbecue will spread that love beyond Sunday, too, by donating some of its net profits to the Child Poverty Collaborative and Freestore Foodbank.

Fourteen teams will compete. They include two teams from Chicago, one from New York and many from across Cincinnati. A group of chefs from Israel will be there, too, teaming up with local chefs as part of a culinary exchange.

The festival supplies all the meat and smokers, and a group of overseers from the Cincinnati Kosher organization ensures that everything is cooked to kosher standards, Weisman said.

Ron Yohanan, one of the chefs from Israel, said via email he wanted to be part of the exchange mostly out of curiosity.

“(I have) a desire to learn and be exposed to new tastes. Fascinating cultures. New Places. Get inspired and bring it to my followers. To Israel,” he wrote. “I hope that during the tour I will be able to taste new and interesting dishes, new raw materials, spices. To be exposed to new cooking techniques I did not know.”

Rebecca Garfinkle, who owns Beck’s Place Catering in Northern Kentucky, competed at the festival for the first time in 2018.

“It was exhausting, but it was this amazing community-building experience,” she said. “It really felt more like camaraderie than a competition.”

Garfinkle said she’s hoping to gain more barbecue knowledge this year and looking forward to being part of the diverse event again.

“I feel like it really added to the community in both ways,” she said. “I think it added to the Adath Israel community as well as that the greater community got a deeper understanding of the Jewish community.”

The cook-off is a Kansas City BBQ sanctioned event and will have 28 certified judges there.

It has grown significantly since it began.

The first year drew more than 2,000 people, Weisman said, and attendance grew to more than 3,200 last year. Organizers are hoping to top 4,000 for Sunday’s event.

The barbecue will have inflatables, bounce houses and face painting for the kids and a craft beer and bands for the adults, he said.

“It’s just a great chance to come out and have a really fun day,” Weisman said.

It’s also a model for what others could be doing to build community, according to Tait.

“You have people who have resources to do a lot of great work but don’t have the courage to step out and be on the front line,” he said. “As people of faith, are we truly serious about our faith, that our faith draws us together? And if I can use that as a way to connect people, communities and other areas of this city, then I need to be courageous enough to do that. And that’s what’s happening here.”

The 2019 Cincinnati Kosher BBQ Festival and Cook-Off will be from 2 p.m. to 7 p.m. July 14 at Adath Israel Congregation in Amberley Village. More information is available online.

Lucy May writes about the people, places and issues that define our region – to celebrate what makes the Tri-State great and shine a spotlight on issues we need to address. To reach Lucy, email lucy.may@wcpo.com. Follow her on Twitter @LucyMay