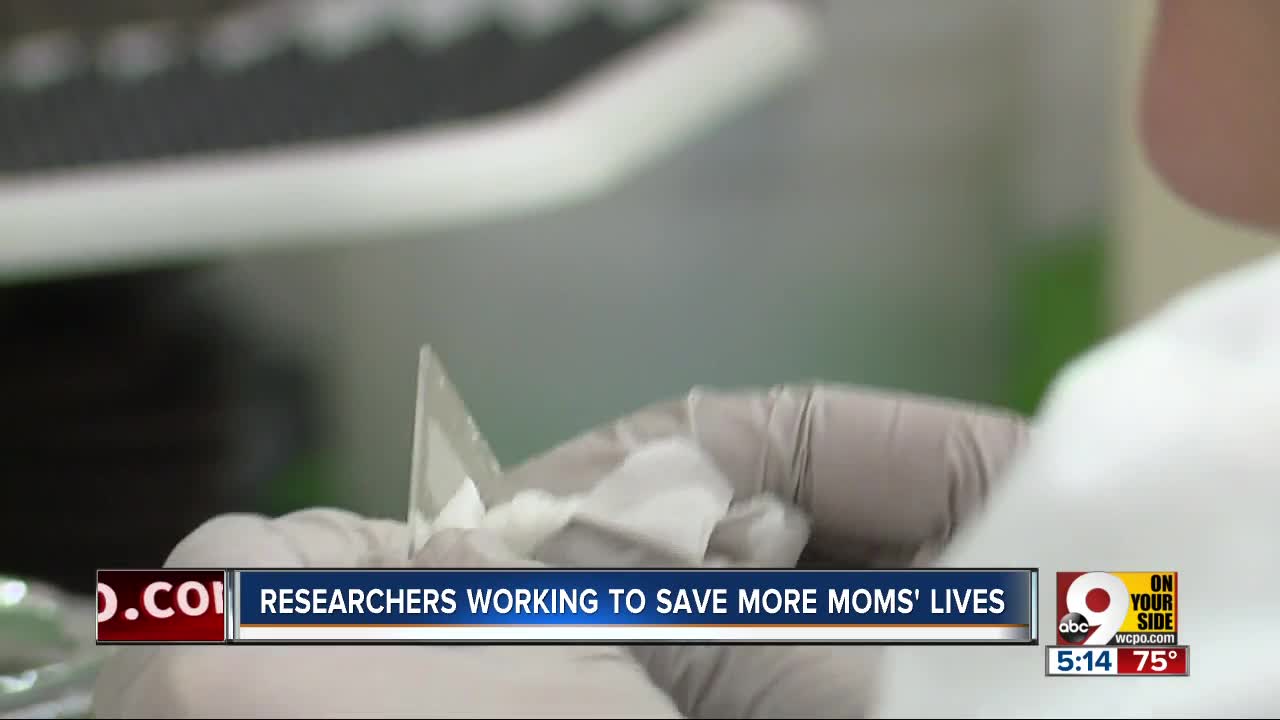 How Cincinnati Children's is working to save more moms 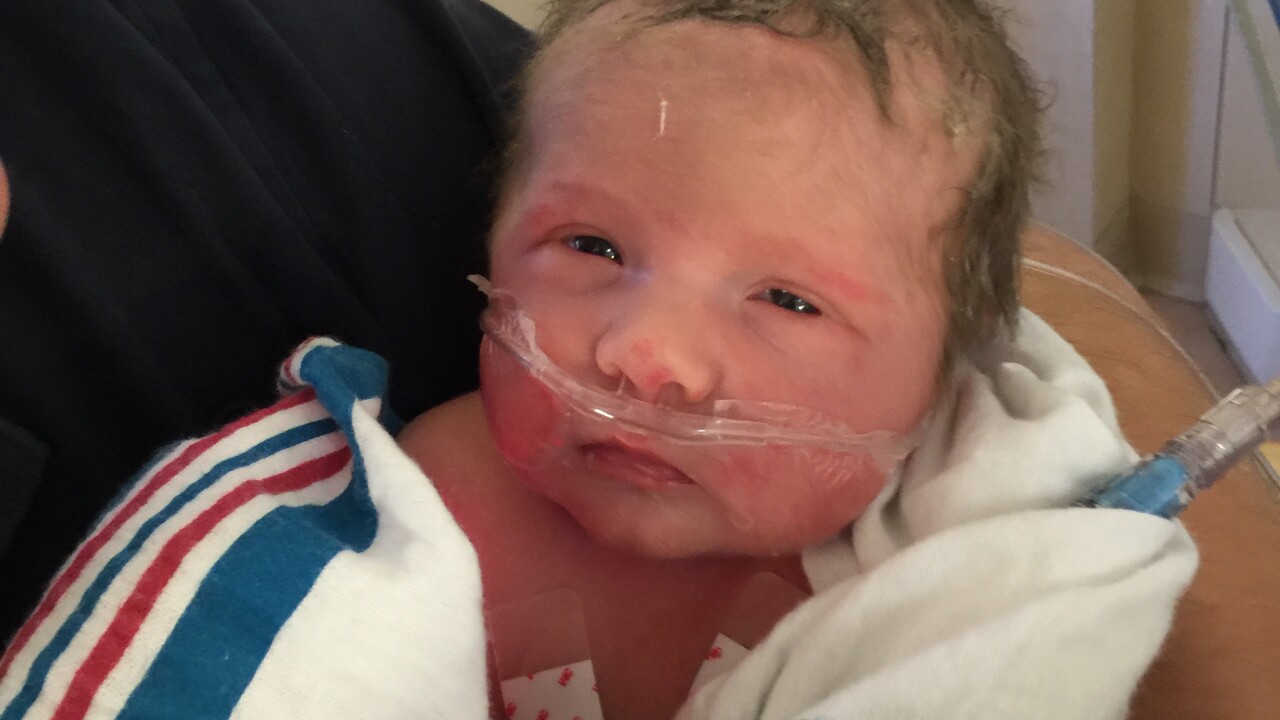 CINCINNATI — Anna Hancock was surprised and overjoyed when she learned she was pregnant with her third child.

She experienced difficulty becoming pregnant with her other children and considered the baby a heavenly gift from her mother, who had died recently.

Then Hancock’s 20-week ultrasound delivered another shock. Her doctor saw signs of placenta accreta spectrum, a serious condition that can occur during pregnancy when the placenta grows too deeply into a woman’s uterus.

“I just had no idea what it was,” Hancock said.

Many women don’t. That’s despite the fact that placenta accreta occurs in as many as one in every 300 deliveries. The least severe cases can result in excessive bleeding during delivery. The most serious can cause women to lose multiple organs as a result of the disease or even bleed to death within minutes.

What causes placenta accreta is still a mystery. It can be associated with women who have had cesarean sections in the past, maternal age or the drugs used for in vitro fertilization, but research hasn’t proven any direct links, said Dr. Helen Jones, head of research for the Center for Fetal and Placental Research at Cincinnati Children’s Hospital Medical Center.

“It really is just an associated disease that’s been associated with lots of different things,” Jones said. “We don’t know what causes it.”

But Jones and her team recently made a discovery that could be an important step to finding out. They detected a minor mutation in a female mouse that caused the mouse’s placenta to invade deeply into its uterus, mirroring the problems that placenta accreta spectrum causes in pregnant women.

“That’s very strange in a mouse because mice don’t have invasive placentas,” she said. “These placentas have actually invaded further into mum than they should, and they’re stuck tight. So if you were to pull and try to deliver the placenta, you would get massive internal hemorrhaging.”

Even more interesting: That same kind of genetic change is known to occur in humans and can carry mutations that would have a similar effect, Jones said.

Of mice and moms

Continued research into the mutations in humans could lead to a better way to diagnose placenta accreta and even treat the condition in the future, she said.

“In the mouse, the graduate student who did that work was able to rescue the pregnancies with the transfer of some of those immune cells that were defective,” she said. “Whether that would be something you could do in a human is well into the future.”

Even being able to diagnose placenta accreta earlier would be a huge step forward, said Kristen Terlizzi, founding director of the California-based National Accreta Foundation.

"It's such a complicated condition that the earlier we can diagnose and identify women that will be affected by this, the better," she said. "Then those women have more opportunities to get the care that they need and be educated."

The potential of getting more answers about the causes of placenta accreta -- and developing better treatments -- is music to the ears of moms like Hancock.

Her pregnancy was considered high risk because of concerns about placenta accreta. Her doctors told her not to travel, she said, and she told her colleagues about the condition as a precaution.

“I made sure all my coworkers knew about the condition and, you know, that if they found me lying in a pool of blood, to call 911,” she said. "That this was serious."

Hancock went into labor five weeks before her due date. She had to be sedated for the delivery, she said, and her medical team had to make some difficult decisions while she was under anesthesia.

“My doctors tried to save my uterus, but they were not able to,” she said. “Totally OK with that choice and that they had to do that. It just was ... a hard thing to accept without making that choice.”

As traumatic as Hancock’s experience was, Stephanie Kyle’s was an even more devastating.

‘That was very, very hard’

Kyle had two busy little boys when she found out she was pregnant.

Her 20-week ultrasound showed a number of problems with the baby so doctors ordered additional tests. That’s when they discovered she had placenta accreta, she said.

“I don’t think I had ever heard of it, but for some reason it didn’t surprise me because I did have a lot of trauma to my uterus to begin with,” Kyle said.

She needed C-sections to deliver both her sons, she said, and her uterus tore when her second son was born.

Still, she had no idea how dangerous the condition was.

She and her family traveled to Chicago to visit her in-laws for Christmas when she was pregnant. Kyle started to experience bleeding on Christmas Day, just 29 weeks into her pregnancy. She went to Loyola University Medical Center because it has a team of doctors that specialize in helping women with the condition.

Kyle had gone into labor, which the doctors tried to stop with medication. But it soon became clear that the baby was on his way.

Her surgeon later told Kyle that 50 people were in the operating room at the ready to help her and her baby boy.

She needed nine units of blood during her surgery, she said, which was the equivalent of replacing all the blood in her body.

Little Zachary was born with all the medical problems that doctors predicted during Kyle’s 20-week ultrasound. He weighed less than two pounds and survived fewer than three days.

“Leaving the hospital with no baby and with the ability to not ever have children again,” Kyle said, “that was very, very hard.”

Losing a baby is not a typical outcome for women who have placenta accreta.

But in severe cases where the placenta invades the uterus most deeply, some women lose their uterus and other organs as well, Jones said.

“It’s one of the worst-case scenarios you can encounter,” she said. “Mum may survive. But as you can imagine, surviving with a catheter for the rest of your life if you lose your bladder, it really is a significant problem for that mum.”

It’s the kind of pregnancy outcome that isn’t talked about much, and that’s a problem, Jones said.

“It’s always great to hear about a new baby being born who’s healthy, and mum goes home and baby goes home. And, realistically, that’s the outcome that everybody should get,” she said. “But unfortunately that doesn’t happen with every pregnancy. There are different complications, and we really need to try and encourage people to discuss those.”

More discussion would help researchers like Jones who are looking for answers, she said, as well as doctors who treat patients like Hancock and Kyle.

Kyle has spot in her living room where she keeps mementos to remember little Zachary’s brief life and a photo album filled with photos of the time her family had with him.

She’s grateful for the surgeon who saved her life so she could be around to care for her other two sons, she said, and for the friendships with moms like Hancock who understand what she has survived.

Both women are part of a Cincinnati Facebook group for moms who have been affected by placenta accreta, and they have learned about the California-based National Accreta Foundation, too.

“Those resources were a huge help for me,” Hancock said. “It was hard to read some of the stories. But it was nice to know I wasn’t alone.”

Information about how to donate blood – a vital need for women who suffer from placenta accreta – is available online, too.