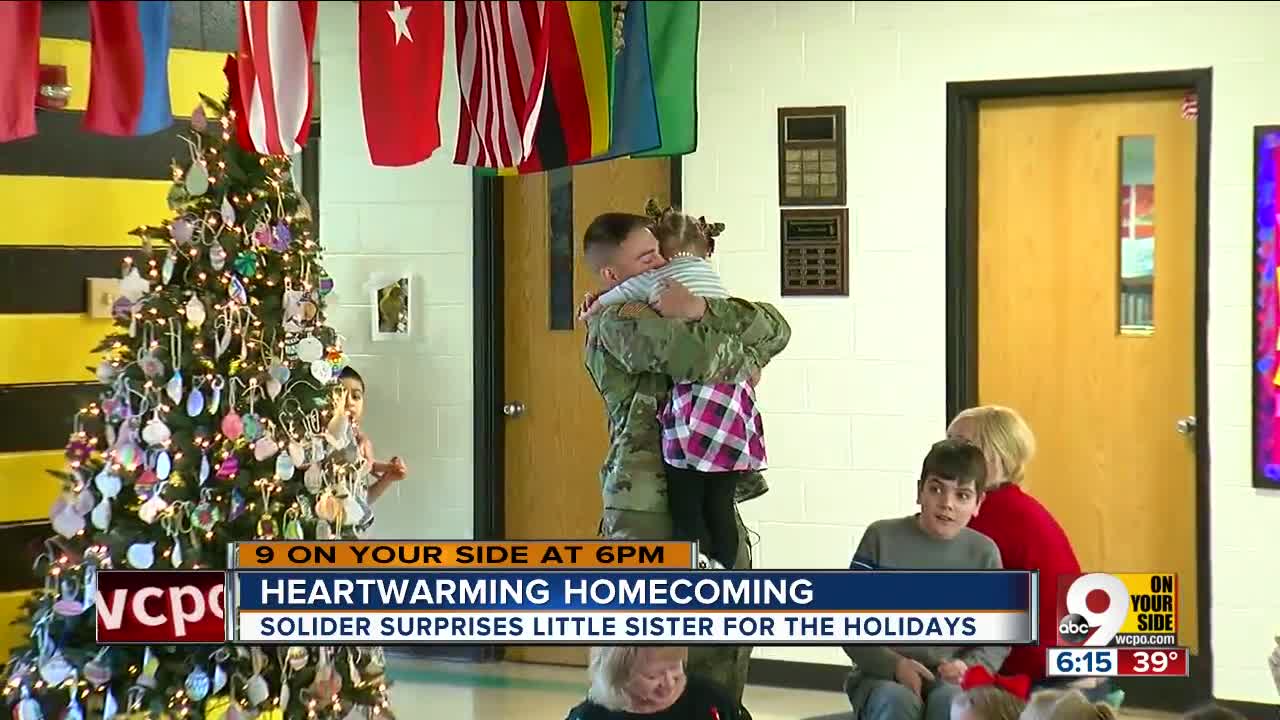 A soldier surprised his little sister Tuesday when he returned home for Christmas and visited her at her Boone County school. 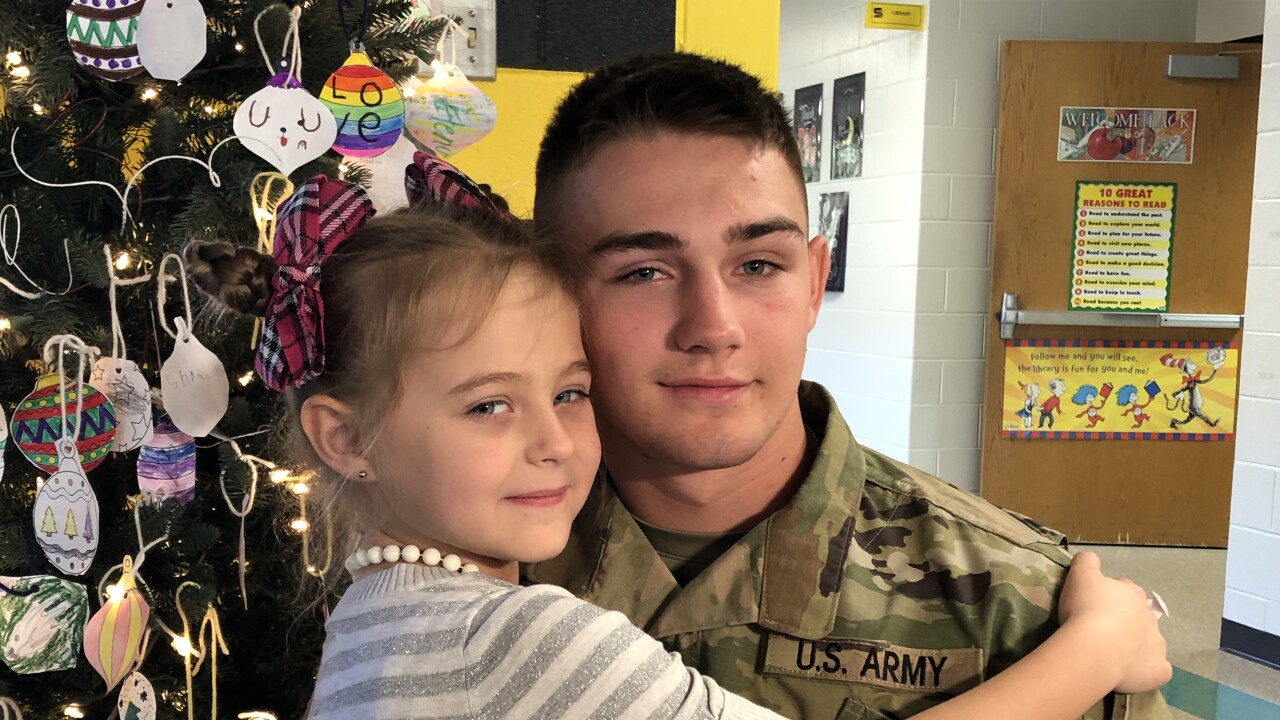 BURLINGTON, Ky. — A soldier surprised his little sister Tuesday when he returned home for Christmas and visited her at her Boone County school.

Lily Mae Borchers was listening to Stephens Elementary School Principal Adele Gormley reading a book when her brother, Pfc. Christopher Borchers, walked in to surprise her.

"The look on her face was priceless," Gormley said.

Christopher said he hadn't seen his sister in about five months. He joined the Army after graduating from Cooper High School in the spring and is currently stationed at Fort Huachuca in Arizona for training.

"My sister means a lot to me, actually. It's family," he said. "Family is one of the most important values in my life."

Lily Mae said she's been sending letters to her brother while he's been away, telling him how much she misses him.

"I was so excited to see my brother, and I didn't even know he was coming home today," she said.

Gormley said their mom told her that Christopher was coming home and that they wanted to surprise Lily Mae. Then she came up with the idea for the big reveal.

"This is what Christmas is about: spreading happiness," she said.