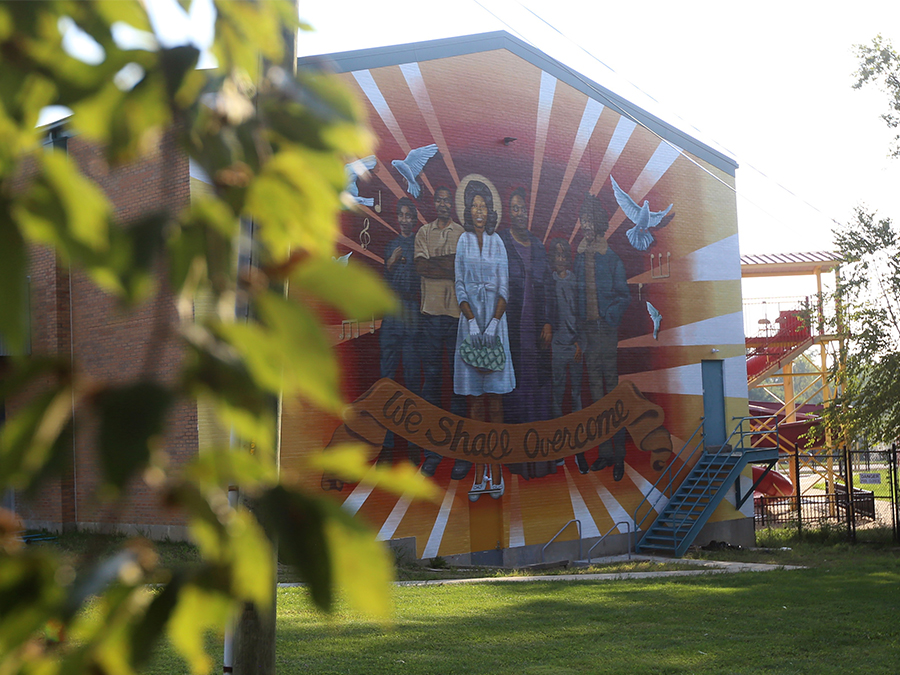 A new Artworks mural in Avondale honors the legacy of the late gospel composer Louise Shropshire who wrote the original version of "We Shall Overcome." 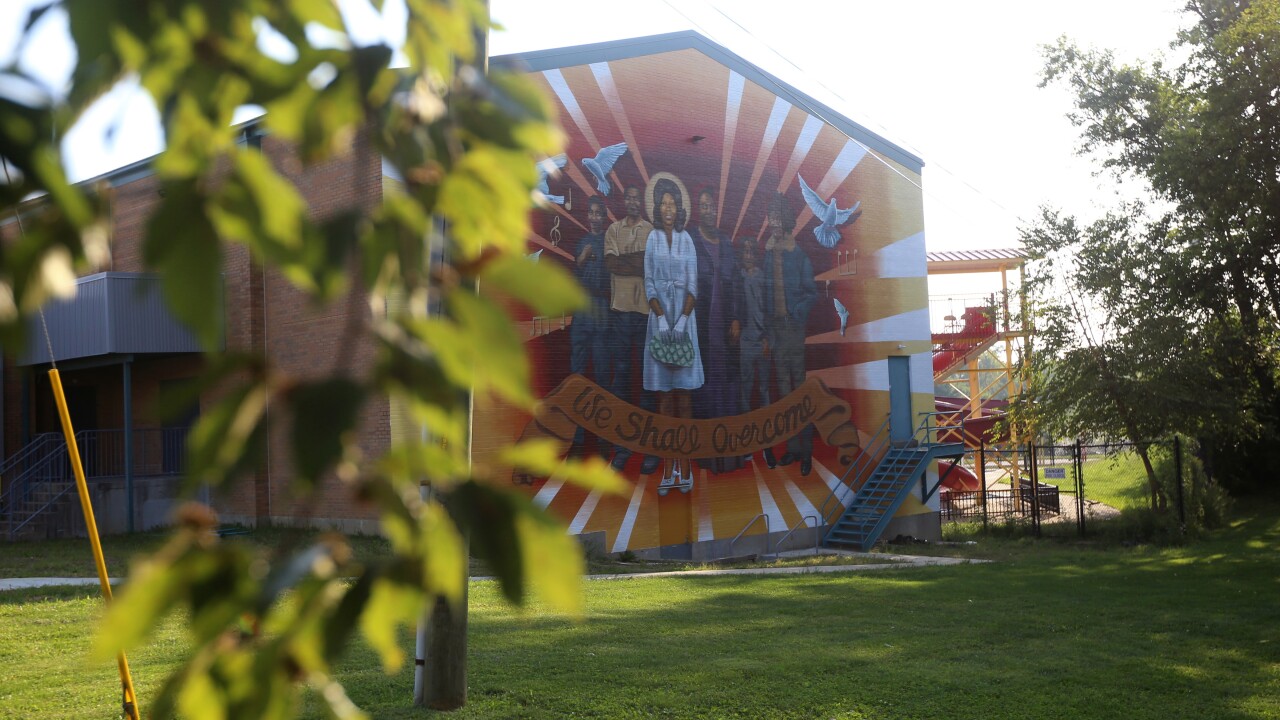 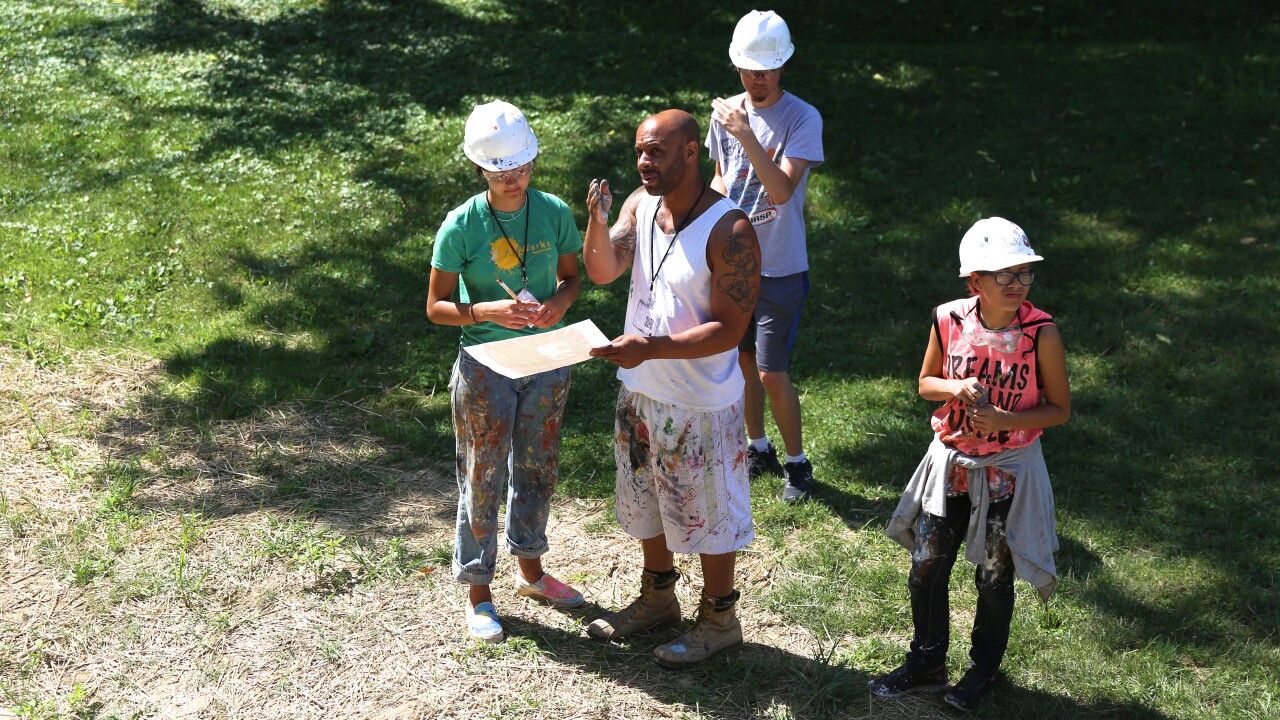 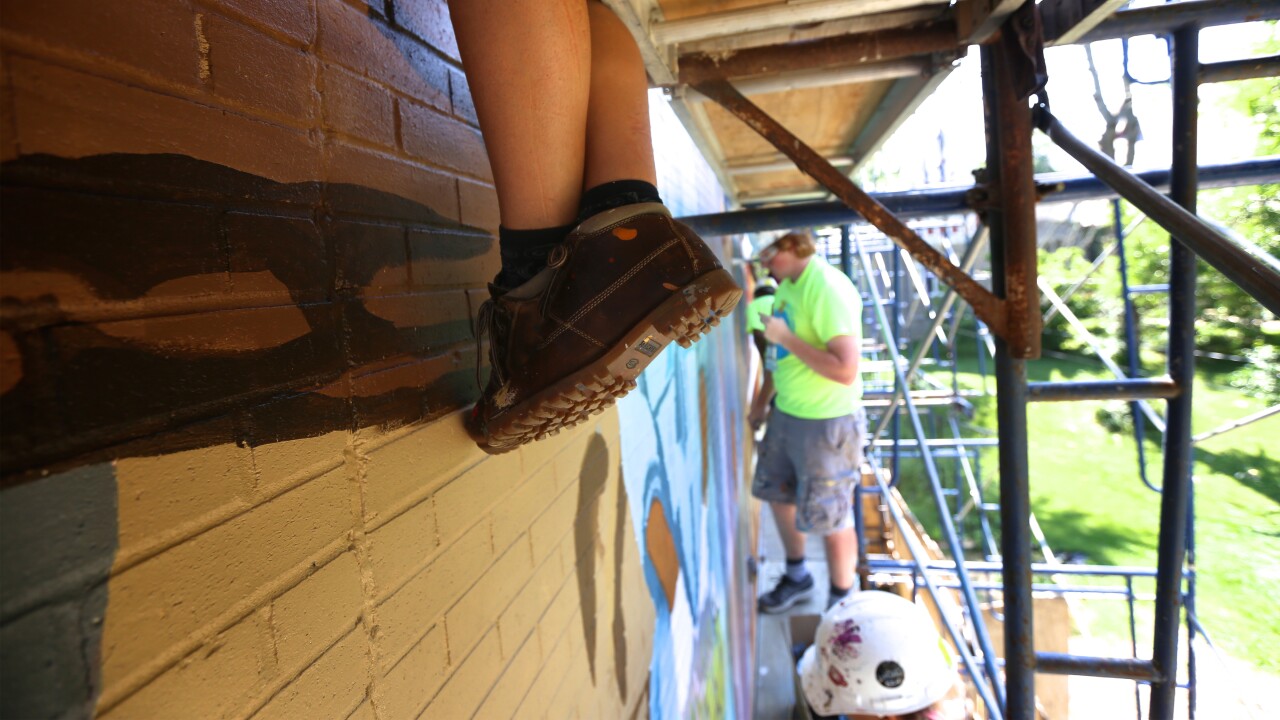 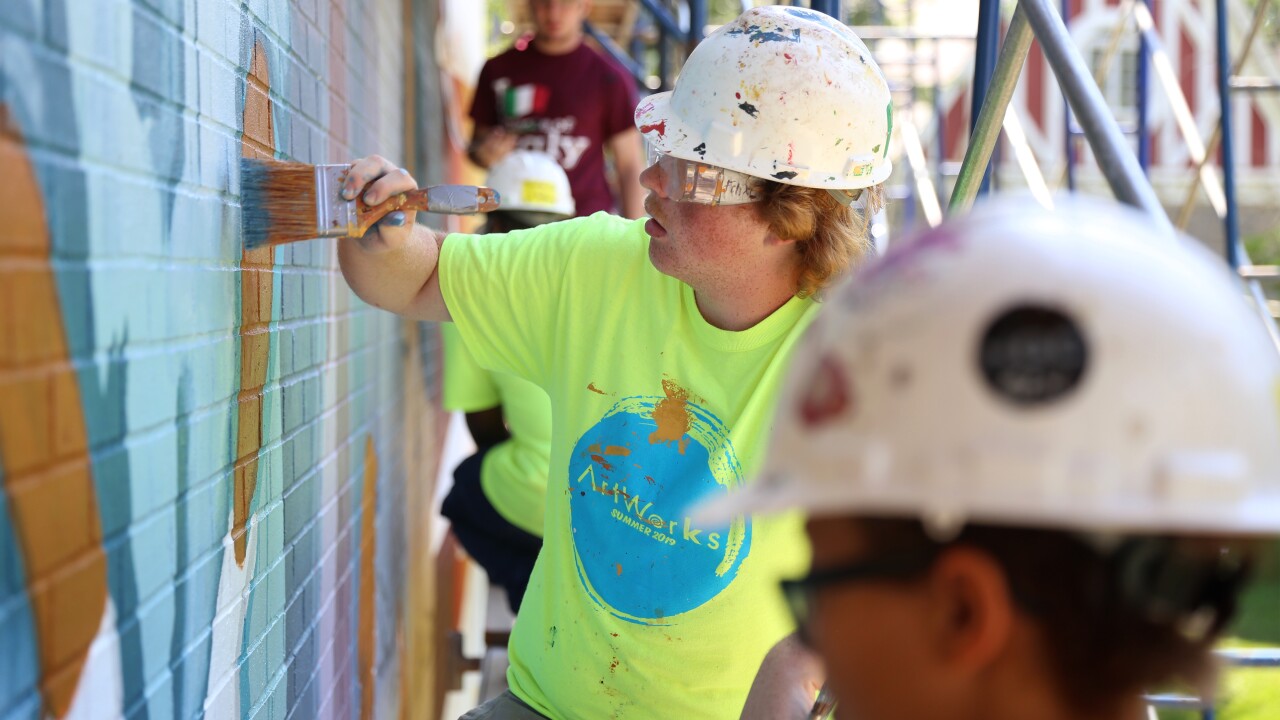 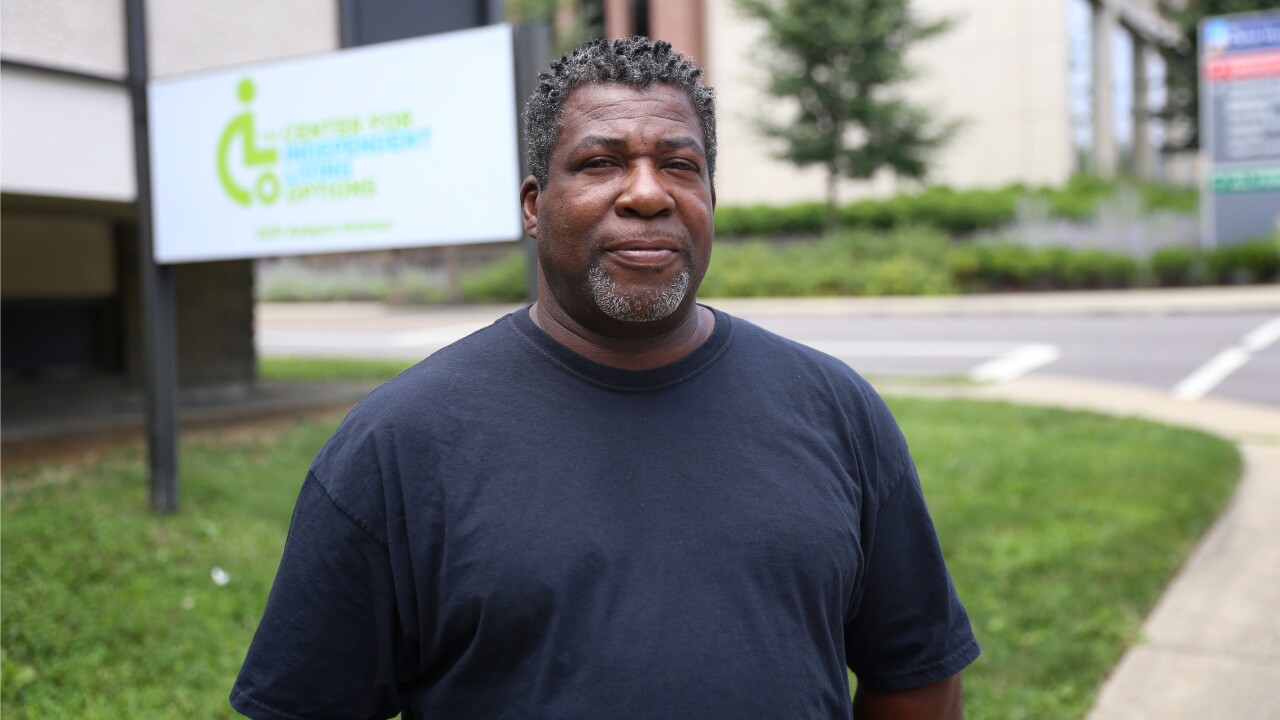 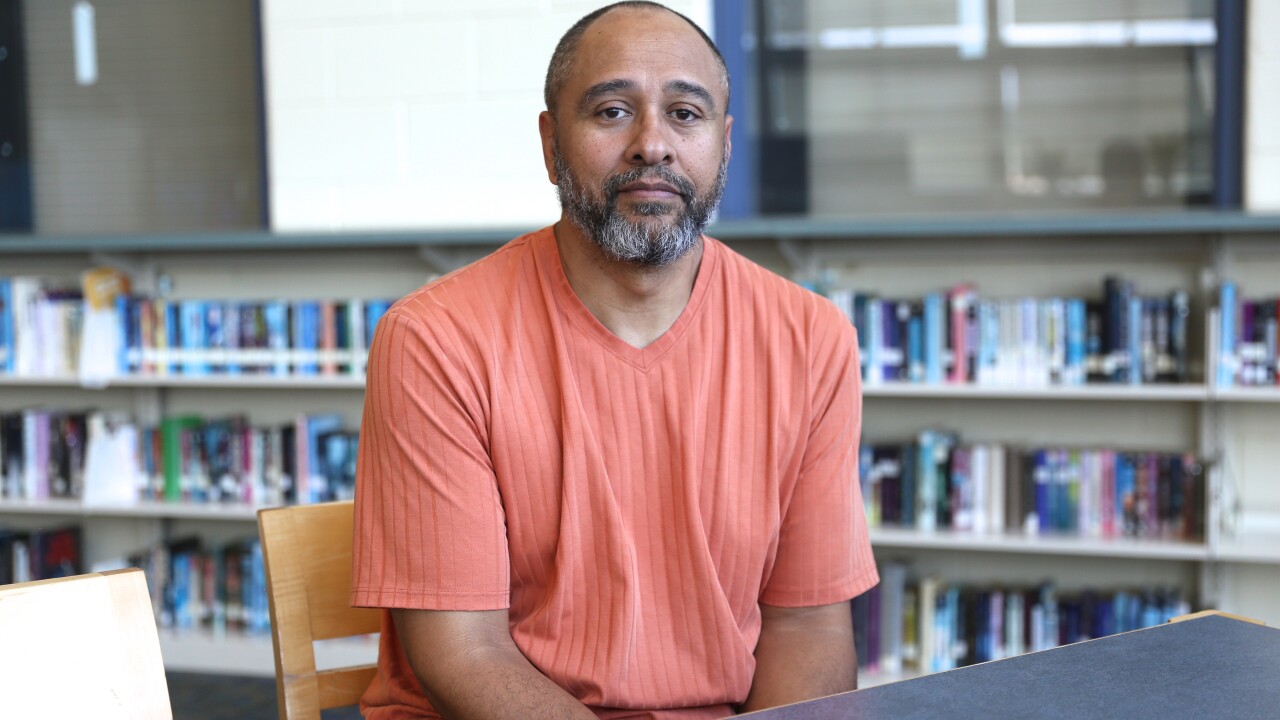 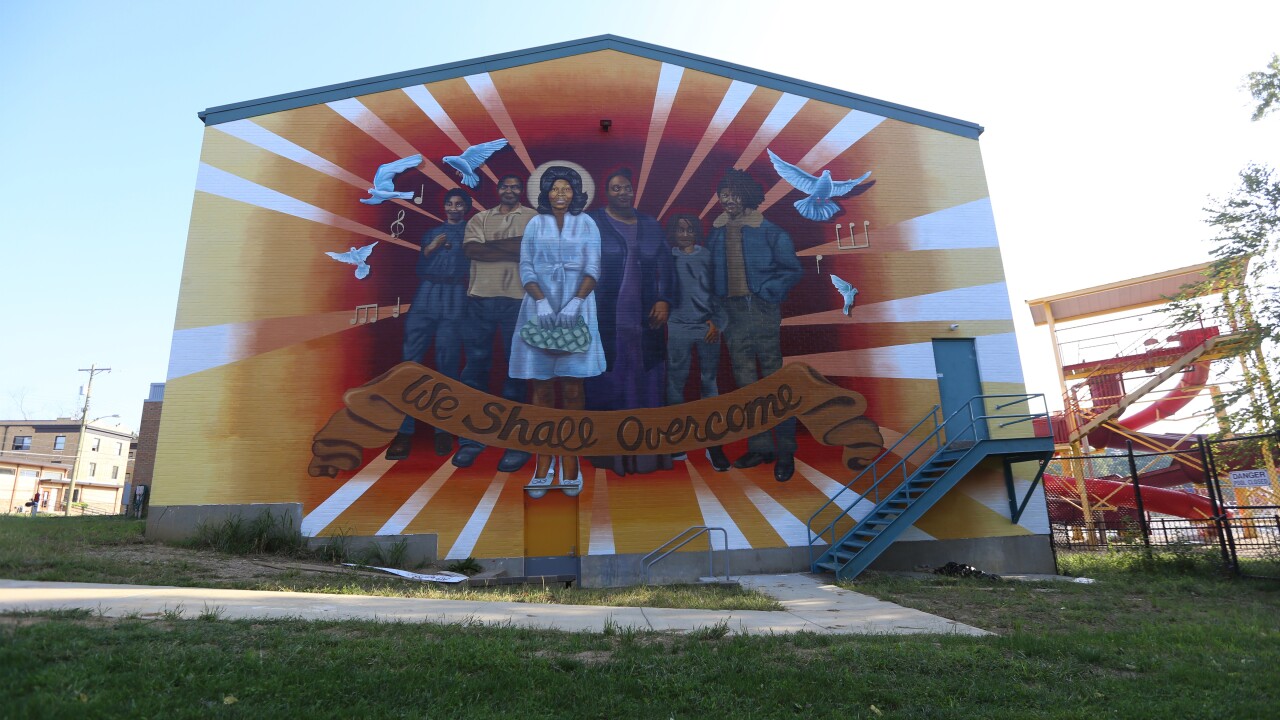 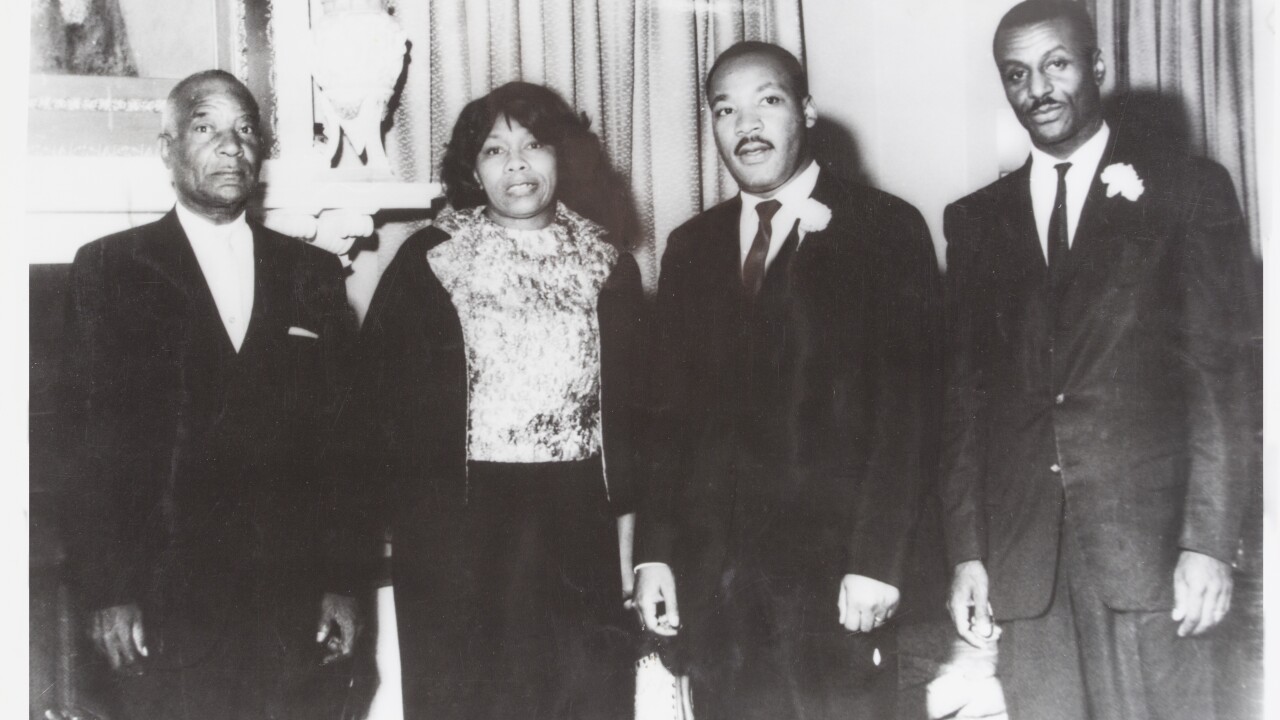 CINCINNATI — A previous version of this article contained incorrect information about the neighborhood where Louise Shropshire lived. WCPO regrets the error.

Sandra Jones Mitchell looks at the new mural covering an exterior wall of the Hirsch Recreation Complex on Reading Road and sees more than a beautiful painting.

She sees a mirror.

“I think every kid, every person who drives by and looks at that picture, they can also see themselves in that,” said Mitchell, president of the Avondale Community Council. “It’s like the folks, they come alive. You can only think of it in terms of, what’s our responsibility now? How would our lives be reflected if they had a picture of us up there?”

The mural, called “A Song of Freedom,” celebrates the life and legacy of Louise Shropshire, a composer of gospel music whose hymn “If My Jesus Wills” was the basis for the Civil Rights anthem “We Shall Overcome.”

Shropshire received a copyright for her hymn in 1954 but got no credit for “We Shall Overcome” during her lifetime. The mural’s larger-than-life likeness aims to give her the recognition she deserves in the heart of Avondale, where she was an important part of the community during her lifetime.

Student apprentices from the nonprofit organization ArtWorks brought it to life.

“I didn’t know the story, and I didn’t really know the song or the history of Avondale before working on this project,” said Felix Bangert, 18, a college sophomore at Bowling Green State University. “I think this is really great because it’s going to help people take more pride in the neighborhood and also to make sure the story is getting told the way it’s supposed to.”

It’s a story that reaches back to the early days of the Civil Rights movement, into churches, kitchens and communities where people gathered to make change. Avondale was a part of that, and it’s important for the community to know, said Brandon Hawkins, ArtWorks’ lead teaching artist for the mural.

“We talk to folks as they walk by,” he said during a break from painting the mural earlier this summer. “I’ll talk to them. This is the history of it. Robert Shropshire Bail Bonds Co., Louise Shropshire, Martin Luther King. I start naming off names, and people’s eyes start to brighten up and then they feel a sense of pride.”

It’s long overdue as far as Isaias Gamboa is concerned.

‘Backbone of the family’

Gamboa is the founder and president of the We Shall Overcome Foundation , a nonprofit organization that took on the music industry to ensure that Shropshire’s musical contribution didn’t stay lost to history.

The ArtWorks apprentices who painted “A Song of Freedom” researched Shropshire’s life and made a community presentation about her at the start of the project earlier this summer.

She was a granddaughter of enslaved people and worked alongside the Rev. Martin Luther King, Jr., among other civil rights icons.

Her husband, Robert, owned Shropshire & Sons Bail Bonds. The business was important to the civil rights movement, too, because the couple used it to help bail protesters out of jail.

“She was the backbone of the family,” said her grandson, Brian Shropshire. “She raised a house full of men, and she was a strong woman. She made the law in the house. And whatever she said, that was the word.”

Watch what he, Gamboa and others have to say about Shropshire in the video above.

Gamboa first heard of her back in the 1990s when he was part of a band called Double Action Theater. The lead singer of the group was a man named Robert Goins Shropshire, and he told Gamboa his grandmother had written the song “We Shall Overcome” but never got credit for it.

“It went in one ear and out the other. We were young then, and it just didn’t have sound credibility to me,” Gamboa said.

The band broke up, and Gamboa didn’t think about it again until his old band mate got back in touch 17 years later.

Gamboa became more curious and eventually went with his friend to an old storage facility where he saw photos of Shropshire with King, Shuttlesworth and the Rev. Thomas Dorsey, a musician known as “the father of gospel music.”

“I realized in a very short period of time that there was something there,” he said.

‘The people wanted it’

Gamboa’s quest for the truth first led him to write a book called "We Shall Overcome: Sacred Song on the Devil’s Tongue."

During his many interviews for the book, he learned that King himself asked Shropshire if he could use her song for the civil rights movement.

In 2016 the We Shall Overcome Foundation filed suit against The Richmond Organization, arguing the song belonged in the public domain. A federal judge in 2017 ruled that the most famous verse of the song was not copyrighted.

The company eventually agreed to settle and release the entire song to the public domain.

Gamboa still is working to complete a documentary about Shropshire and “We Shall Overcome.”

“I felt like the name Louise Shropshire had been lost to history for a long time,” he said. “At least two generations had lost touch with her history and connection to the civil rights movement.”

The mural helps to change that, he said.

“We didn’t petition for it to happen,” Gamboa said. “Someone from the community came up with the idea, and that is exactly how it should happen. The people wanted it again.”

That someone was Jennifer Foster.

Foster is an Avondale Community Council board member and has lived in the neighborhood for 14 years. She came up with the idea for the mural about three years ago after seeing a program on WCET that talked about how the woman responsible for “We Shall Overcome” lived in Cincinnati.

“I was like, OK, I think I want to pay homage to this great person,” Foster said. “That’s what I wanted to touch first was the youth. Touching the youth was just a ripple effect of getting them to touch their history.”

The project did that from the start, with the ArtWorks apprentices’ research teaching them more about Shropshire’s life as they prepared to paint the mural.

‘We’re going to make it through’

“I think it’s awesome to be representing someone who didn’t really get represented,” said Noor Essakalli, an 18-year-old senior at Roger Bacon High School.

Essakalli said she appreciated the fact that members of Shropshire’s family attended the community presentation at the start of the project and have been so supportive of the mural.

“Her grandchildren, her great grandchildren came, and we got to meet them, which was really cool,” she said. “And a place is held for her so they can always come.”

Xavier McDaniel lives in Avondale. He enjoyed being an apprentice on the mural, he said, partly because he learned about how Shropshire’s story was part of Avondale’s history.

“I think it brings a new sense of color to the Avondale neighborhood,” said McDaniel, 15, a sophomore at Walnut Hills High School. “It gives me a sense of pride to know someone this great, like Mrs. Shropshire, could be able to be put up here.”

The project was an education for Hawkins, too.

“When I was a kid, levies didn’t pass at our school so we had to play ball on a select team. It was sponsored by Shropshire & Sons Bail Bondsmen. I had no idea who they were,” he said. “So to come up here on this wall now and to realize that I was already involved with the family was amazing, and it’s come full circle.”

He’s confident the art will have an impact.

“Once people relate behind the history of the mural and realize that tied to their neighborhood, I think that will definitely uplift folks,” he said.

The mural doesn’t just capture Shropshire’s story, though. The look of determination on her face also captures her spirit and personality, said Clara Shropshire, her granddaughter.

“That look on her face reminds me of when I was telling her that I was going to quit smoking and that was the last cigarette she was ever going to see me smoke,” Clara Shropshire said with a laugh. “And she asked me could I do that, and I told her yes.”

Foster said she hopes Shropshire’s story and the mural’s “We Shall Overcome” message will resonate throughout the Avondale community for years to come.

ArtWorks’ dedication ceremony for “A Song of Freedom” will be from 5:30 p.m. to 8 p.m. on Sept. 27, which the city has declared “Louise Shropshire Day.” It will be held at Hirsch Recreation Complex, 3630 Reading Road, where the mural is located. The event will be free, and the public is welcome. More information about ArtWorks is available online.