Across Greater Cincinnati, renters worry about eviction in the time of COVID-19

'This was like a punch in the gut, seriously' 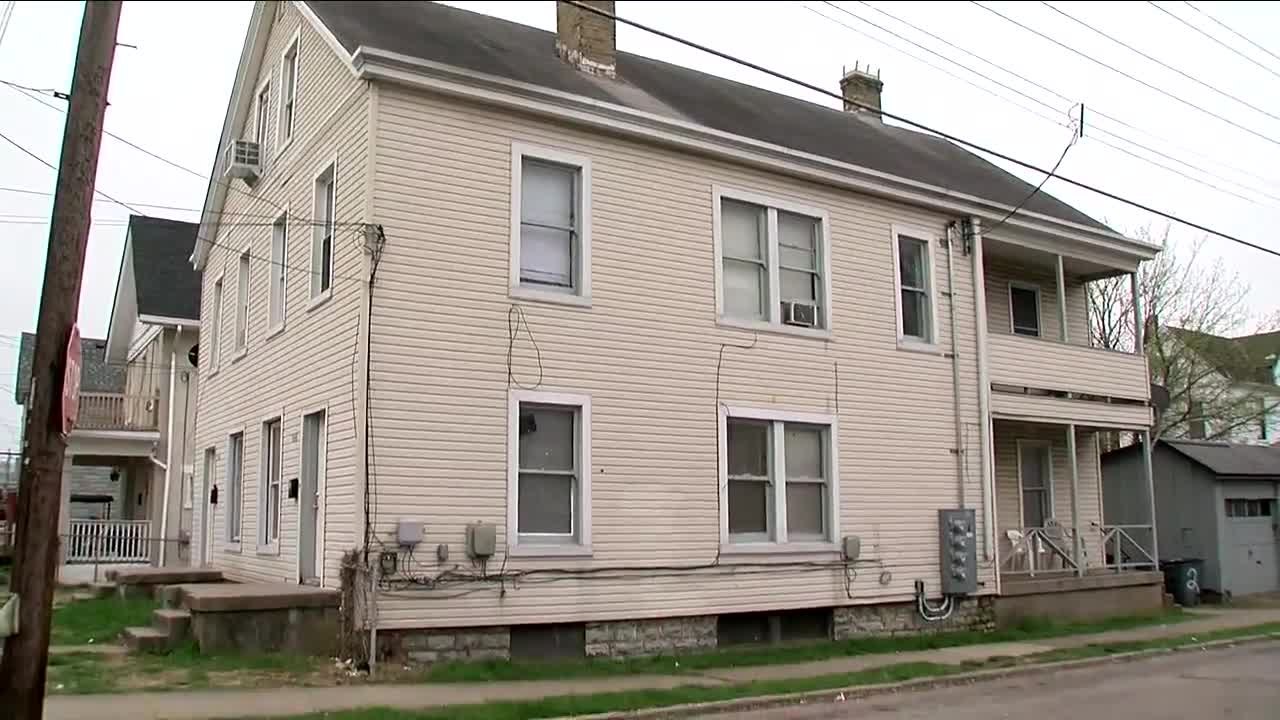 Tenants must pay their rent. If they don’t pay, and they don’t work out an arrangement with their landlords, they face eviction, said Nick DiNardo, managing attorney for the housing and consumer practice group at the Legal Aid Society of Southwest Ohio LLC.

Update: Ohio Gov. Mike DeWine on Wednesday signed an executive order asking lenders to suspend payments for at least 90 days. Lt. Gov. Jon Husted said that would provide some relief to landlords who are not evicting tenants but also aren't getting the rent money they need to pay their own loans.

CINCINNATI -- Brittney Bolden was earning good money as a server and bartender at the 21C Museum Hotel Downtown.

When the COVID-19 crisis began shutting down restaurants, she felt bad for all the people losing their jobs but thought she would be safe where she was.

Then she got notice on March 13 that she was being furloughed, and the entire hotel closed temporarily.

“It happened really quickly,” Bolden said. “Business had slowed down a little bit. So we expected hours to be cut. But with it being a hotel, we did not expect to be furloughed.”

Now Bolden is worried she won’t have enough money to pay the rent this month for her Walnut Hills apartment, which is due no later than April 5. She applied for jobs at Kroger and Walmart after hearing that they desperately needed more employees, she said, but she hasn’t gotten a call back from either. She’s still waiting for unemployment.

“I’ve been working since I was 15,” said Bolden, who is 30. “I’ve never been without a job for longer than a month. I’ve never had to use unemployment. This was like a punch in the gut, seriously.”

The crisis has been a gut punch for a lot of Greater Cincinnati renters.

There are restaurant industry workers whose jobs have disappeared as their employers have closed or dramatically curtailed operations.

There are parents who have had to leave jobs to stay home with their children as schools remain closed to halt the spread of the virus.

There are all the non-essential workers who aren’t working, many of whom aren’t getting paid as a result.

Then there’s everyone else who is facing eviction for all the standard reasons that tenants face.

Judging from the many calls and emails coming into the WCPO 9 newsroom, people are scared.

Officials in Ohio, Kentucky and Indiana all have taken steps to try to slow the pace of evictions in the wake of the economic shockwaves the new coronavirus has created. But lawyers say the fundamental rules still apply.

Tenants must pay their rent. If they don’t pay, and they don’t work out an arrangement with their landlords, they face eviction, said Nick DiNardo, managing attorney for the housing and consumer practice group at the Legal Aid Society of Southwest Ohio LLC.

“Part of the challenge here is that people don’t really have any safeguards,” he said. “Tenants are still legally required to offer their rent for April. Even if you’re out of work, that’s not a defense to nonpayment of rent.”

There is financial help on the way. The federal government’s stimulus package includes checks for most people, and local governments should soon be getting money that could be used for eviction prevention, DiNardo said. But it remains unclear how fast those funds will arrive.

Most landlords want to keep their tenants in place and are doing their best to work with them to create payment plans if necessary, said Charles Tassell, a landlord who is director of government affairs for the Greater Cincinnati Northern Kentucky Apartment Association.

“Around here, most people really are just saying, ‘OK, we’ve got to figure this out,’” Tassell said. “That really is the attitude behind what we’re seeing on the property owner’s side and, quite frankly, a lot of the residents.”

State leaders have taken steps to offer some relief, at least in terms of timing.

· The Supreme Court of Ohio on March 27 issued a “tolling order,” which has the effect of delaying most eviction proceedings. Landlords still can file evictions during this time, but the order has slowed down when people actually get evicted in most Southwest Ohio counties, DiNardo said.

· Kentucky Gov. Andy Beshear on March 25 ordered a halt to all residential evictions as long as Kentucky’s state of emergency remains in effect. The order specified that it does not relieve people of the obligation to pay rent or make mortgage payments.

· Indiana Gov. Eric Holcomb signed a similar executive order on March 19, declaring that no residential eviction proceedings or foreclosure actions could be initiated during the state’s public health emergency. His order also stressed that it does not relieve anyone’s obligations to make rent or mortgage payments.

“Most of the courts in Southwest Ohio have continued evictions for at least 30 days,” DiNardo said. “You can still file an eviction in most of those counties. It just won’t get set for a hearing right away.”

Evictions aren’t the only worry renters are dealing with, said Acena Beck, executive director of the Children’s Law Center in Covington. The center represents children and young adults and has been getting calls from young clients who are living on their own, she said.

“There are some concerns about issues of conditions with housing. And there’s a process in some jurisdictions in Kentucky that tenants have to go through to get those addressed if they’re not able to address them with a landlord, which could ultimately result in court action,” she said. “So the concern is having access to the court at this point to be able to resolve those issues.”

But for many people hurt financially by the pandemic, losing a place to live is top of mind.

Yolanda Smith rents a Fort Mitchell apartment where she lives with her four children. Her youngest child splits his time between Smith and his dad, she said.

She has been a charter bus driver for the past three years but hasn’t been able to work since March 10.

“I’m still waiting for unemployment to come through so I can pay my April rent,” said Smith, 41.

Rent is due by the third of the month, she said. After that, the landlord charges a $125 late fee and files an eviction if everything isn’t paid by April 10, she said.

“I did let my landlord know what was going on. She said if I didn’t have the money by April 1, she was going to file an eviction,” Smith said.

Smith asked if it would be possible to pay the late fee and avoid eviction, and the landlord agreed. Now she has heard that if she can get a letter from her employer stating that she’s out of work because of the crisis, the late fee might get waived.

Cohear, a community engagement company based in Over-the-Rhine, has been talking with Greater Cincinnati residents to better understand their concerns during the COVID-19 crisis and has found that being able to cover the rent in April is top of mind.

Cohear has suggested placing a moratorium on evictions and finding ways to offer financial help to landlords who agree to defer rent payments.

Making sure landlords don’t bear the brunt of the economic crisis is critically important, Tassell said, and most landlords want to work with tenants so that neither side is harmed.

That’s what Brittany Hellman found. She lives in Green Valley Apartments near Dent and works at a doctor’s office where she draws blood. When the COVID-19 crisis resulted in doctors doing more appointments by teleconferences, her hours got cut in half, she said.

She emailed her landlord right away and asked if she could pay half her rent on the first of the month and the second half using her next paycheck.

“He’s going to allow me to do that for April, and he also isn’t charging any of the late fees,” said Hellman, who is 25. “That gives me more money to be able to pay my other bills like my car payment and the electric and put food in the house.”

Her landlord said he was happy to work with her.

“We’re all kind of in triage mode right now,” said John Lenhart, managing director of KJL Properties, which owns Green Valley Apartments. “It’s almost kind of a team response with the property managers and the tenants, in a way, working together to make sure we all survive.”

Not all tenants are getting that kind of response.

Margie Enis was notified that she must move out of her apartment so the property owners can renovate it. A letter she received on March 27 told her she can either move into an apartment in the complex that already has been renovated or she has 30 days to leave the complex, said her daughter, Kimberly Sullivan.

Sullivan said the renovated unit at Deer Park Apartments would increase her mom’s rent by more than $100 per month, which Enis can’t afford.

“My mom has immune disorders, and she can’t even leave the house, much less go look for an apartment,” Sullivan said. “Nobody’s even showing other apartments. We’re really in a bad situation. I don’t know what to do.”

Shannon Jordan, a property manager with Sundance Property Management LLC, wrote in a text message to WCPO that it could take as long as five or six months before any tenants would actually have to leave Deer Park Apartments, depending on how many are ready to transfer.

“We did this a few years ago, and I know the residents that are still in non-renovated apartments pushed back at the idea and some did and didn’t take an increase and we worked with them,” she wrote. “However they knew this would come back around and would be asked again for this option.”

For tenants on month-to-month leases, though, the law offers no recourse, DiNardo said, even in the midst of a pandemic.

“If the landlord wants to force them out, they can do that by giving them a 30-day notice,” he said. “A lot of tenants don’t realize they can be forced to move that quickly, having done nothing wrong.”

Residents of Southwest Ohio seeking help to avoid eviction can call Legal Aid of Southwest Ohio at 513-241-9400 and ask for housing intake. Legal Aid of the Bluegrass also offers assistance to Kentucky residents. People also can seek help from their local Community Action Agency or other local nonprofit organizations that help with housing problems. The federal government also has some resources to help certain landlords and renters. Information about that help is online.