Portman: Passing the STOP Act is a common sense way to fight fentanyl 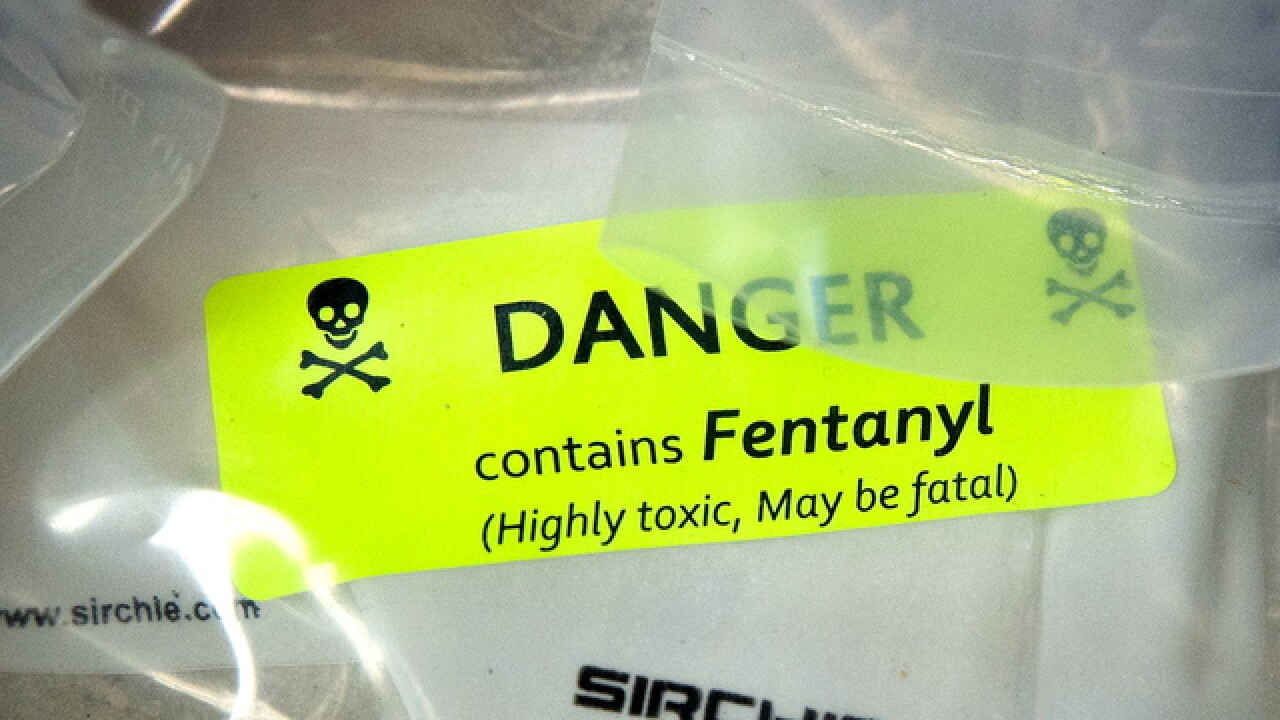 Copyright 2018 Scripps Media, Inc. All rights reserved. This material may not be published, broadcast, rewritten, or redistributed.
Drew Angerer

What if I told you that, with just a few clicks of a mouse, you could order a drug online so deadly that just 3 milligrams of it -- not even equal to a pinch of salt -- would kill you?

It’s that easy. Synthetic opioids -- forms of heroin like fentanyl, carfentanil, and U-44700 -- are mostly made in labs in China, and every day they are being shipped right into our community through the mail service.

It seems incredible, but it’s true.

In fact, just this week a Norwood woman was arrested for shipping fentanyl -- a drug up to 50 times as powerful as heroin that has killed more than 200 Cincinnatians over the last two years -- into the Tri-state through our postal system. According to the allegations, she ordered it online and successfully shipped more than 30 packages of 100 milligrams each to Norwood. That’s enough fentanyl to kill 1,000 people.

Synthetic opioids are killing our neighbors at record levels. More than 1,000 Ohioans were killed by synthetic opioids in 2015, and Hamilton County was the number-one county in Ohio for these overdose deaths.

Drug overdoses have been the leading cause of accidental death in Ohio since 2007, surpassing gun violence and even surpassing car accidents. In 2013, about one in 20 drug overdoses in Ohio were overdoses of fentanyl. In 2014, it was one in five. Now it’s more than one in three.

READ: Fentanyl is now killing as many as heroin

Drug traffickers have been lacing the drugs on the street with these more powerful substances to make their drugs more powerful and more addictive. Over the past few years, there have been intermittent spikes in the numbers of overdoses -- including a spike in Cincinnati last August -- that first responders say are the result of these synthetic drugs.

Congress needs to act, because this is not just a Cincinnati problem or even an Ohio problem. In 2015, all 50 states had positive forensic tests for fentanyl. We urgently need to do a better job of keeping this poison out of our communities.

Back in 2002, Congress passed a bipartisan law telling private couriers like UPS, FedEx, or DHL that they must require “advance electronic data” on any package coming into this country from overseas. That means digital information like where the package is coming from, where it’s going, and what’s in it. As a result, private couriers have been able to help law enforcement track suspicious packages and stop drugs from entering our country.

But these drugs continue to flow easily into the U.S. through the postal service, which does not have the same requirements. Every year the postal service receives more than 600 million pieces of incoming mail from other countries. Without electronic data, finding dangerous illegal drugs is like finding a needle in a haystack.

Law enforcement officials in Ohio and at the federal level have repeatedly told me that Congress should finish the job it started in 2002 and require the postal service to provide advanced electronic data to Customs and Border Protection (CPB) like private carriers do.

That’s why I have introduced legislation to do just that. It’s called the Synthetics Trafficking and Overdose Prevention Act, or the STOP Act. Our bill would finally close the loophole and require the postal service to provide advanced electronic data to CBP. That would help CBP target potential illegal packages and keep these dangerous drugs out of the Tri-State.

It won’t cost taxpayers a dime because the bill would require the cost to be passed to foreign carriers -- just like private carriers do.

The STOP Act is a simple, common-sense and bipartisan idea. My co-author is Democrat Senator Amy Klobuchar of Minnesota, and we have 15 other co-sponsors from across the political spectrum: seven Republicans and eight Democrats. President Trump endorsed the idea on the campaign trail last year, and Congressmen Pat Tiberi of Columbus has introduced an identical companion bill in the House. Support for this effort is growing.

It shouldn’t be this easy to bring poison into Cincinnati. If we pass the STOP Act, we can help our law enforcement keep it off our streets for good. Congress should pass it right away.