Op-ed: 'We are not convinced that the solution is more gun control laws' 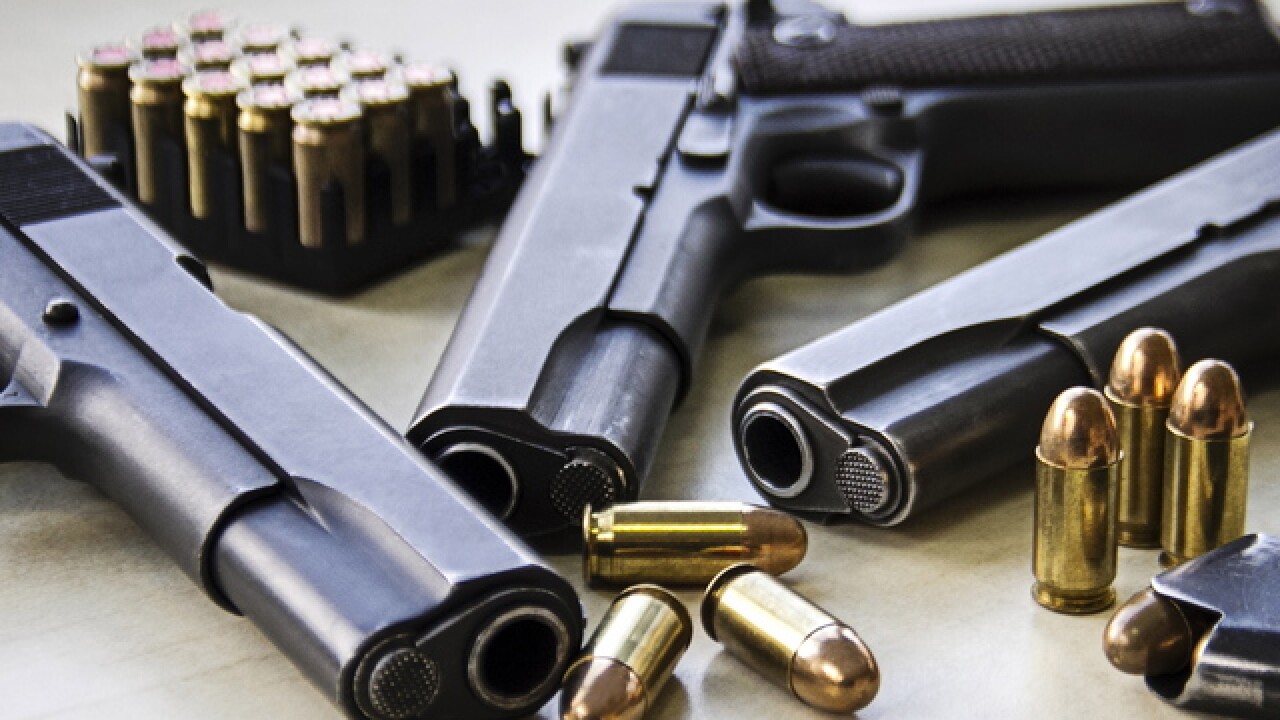 We asked our region's Congressional delegation from three states to respond to our recent editorial on assault weapons. Republicans Brad Wenstrup and Steve Chabot responded with this op-ed signed by both of them.

Rep. Steve Chabot represents Ohio's 1st Congressional District of Ohio, which includes western Hamilton County, downtown, Over-the-Rhine and Warren County. He is the chairman of the House Small Business Committee and also serves on the House Judiciary Committee and the House Committee on Foreign Affairs.

Repeated terror attacks in our homeland have Americans on edge, and understandably so. The pain and concern are palpable. Since 2009, we have seen terror attacks in Little Rock, Fort Hood, Oklahoma, Boston, Chattanooga, San Bernardino, and now Orlando. We have also seen mass shootings in Colorado, Connecticut, and Charleston.

Some of these attacks were carried out with bombs and knives. In others, guns were used. But the obvious common thread running through all of them was this: mentally afflicted individuals and/or radical Islamic terrorists intended to, and did, inflict deadly carnage on innocent Americans.

The question we, as a nation, must answer is what action, or actions, would be most effective.

There is a lot of discussion right now in favor of restricting Second Amendment gun rights, much of which is focused on so-called “assault weapons.” But, this is a political, not a legal, term. There is no clear definition for it. Any weapon of any type used to assault someone could legitimately be called an “assault weapon,” just as any used for self-defense could be identified as a “defense weapon.”

The last time Congress banned “assault weapons” (1994-2004), many guns were outlawed based simply on cosmetic features that had nothing to with the gun’s basic functions. The gun ban accomplished very little. Experts looking at the issue found “no compelling evidence that it saved lives.” A 2004 government-mandated study concluded that, should the ban be renewed, its effects on gun violence would be “possibly too small for reliable measurement.”

Even if all new gun sales were banned, there are more than 300 million guns in America already. As a result, an active black market for existing guns would likely emerge to take the place of legitimate gun sales. Terrorists and others willing to violate murder laws certainly wouldn’t mind violating any new gun law, and they may even rejoice in the notion that law-abiding citizens would be defenseless.

For evidence, just look at Belgium and France. Both have strict gun control laws, yet those laws did nothing to stop terrorists from inflicting mass casualties. Yet apparently some have concluded that banning a particular weapon type will halt attacks on innocent civilians. Is that a conclusion that gun control advocates have reached based on facts? If so, we are open to hearing those facts.

Limiting access to guns raises other concerns as well. In many parts of our congressional districts, police response to a 911 call about a home intruder could take as long as 15-20 minutes. That’s why each of us must be our own first responder. For those citizens, their choice of which home self-defense weapon to own should be just that – their choice.

Ultimately, we are not convinced that the solution to the problem is yet more gun control laws. Between federal, state, and local governments, there are thousands of gun laws already in place. Perhaps effective administration of those gun laws may do much more to save lives than an ineffective ban of devices that are arbitrarily called “assault weapons.”

The situation we face around the world and here at home is complex and requires a much more thoughtful and multi-faceted approach. As representatives, we bear the responsibility of keeping Americans safe, protecting American freedoms, and adhering to the Constitution, all at the same time.

Domestically, America is dealing with a mental health crisis that far too often results in violent, murderous behavior against others, as well as suicides, both by military personnel and civilians. This alone is a critical problem that requires solutions to numerous issues, like caregiver shortages, limitations on much-needed care and treatment, and societal breakdowns, all of which may be contributing factors to the crisis. To address these concerns, we believe that psychologist and Congressman Tim Murphy’s bill, HR 2646, is a step in the right direction and should be brought to the floor of the House.

Our True Enemy is ISIS

On the international front, the Islamic State has declared war on us, and they will use any tool available to kill Americans and divide us as a people. In addition to their military capabilities, they are also technologically sophisticated, and have proven capable of online recruitment and terrorist training.

As a component of their hostility toward the West and free peoples across the globe, they have denounced homosexuality with a brutal and violent intolerance. The utterly inhumane act of terror in Orlando is consistent with their mission.

Radical Islamic terrorists are our true enemy, and we must be committed to defeating them. Unfortunately, our enemy is clever and ruthless. They must not be allowed to divide us, or worse, get us to turn on each other.

Instead, we need a comprehensive strategy to defeat ISIS, and their radical Islamic terrorist allies, at home and abroad. That is something the current Administration has failed to do, which makes it all the more essential that the next president is dedicated to taking the fight to our enemies. Terrorists around the world need to know that America will not sit idly by while innocent civilians are slaughtered by senseless, cowardly acts of terror.

We can only succeed if we address the root causes of these evil and deranged actions.