Op-ed: My husband supervised Ohio executions for 5 years. It changed his life 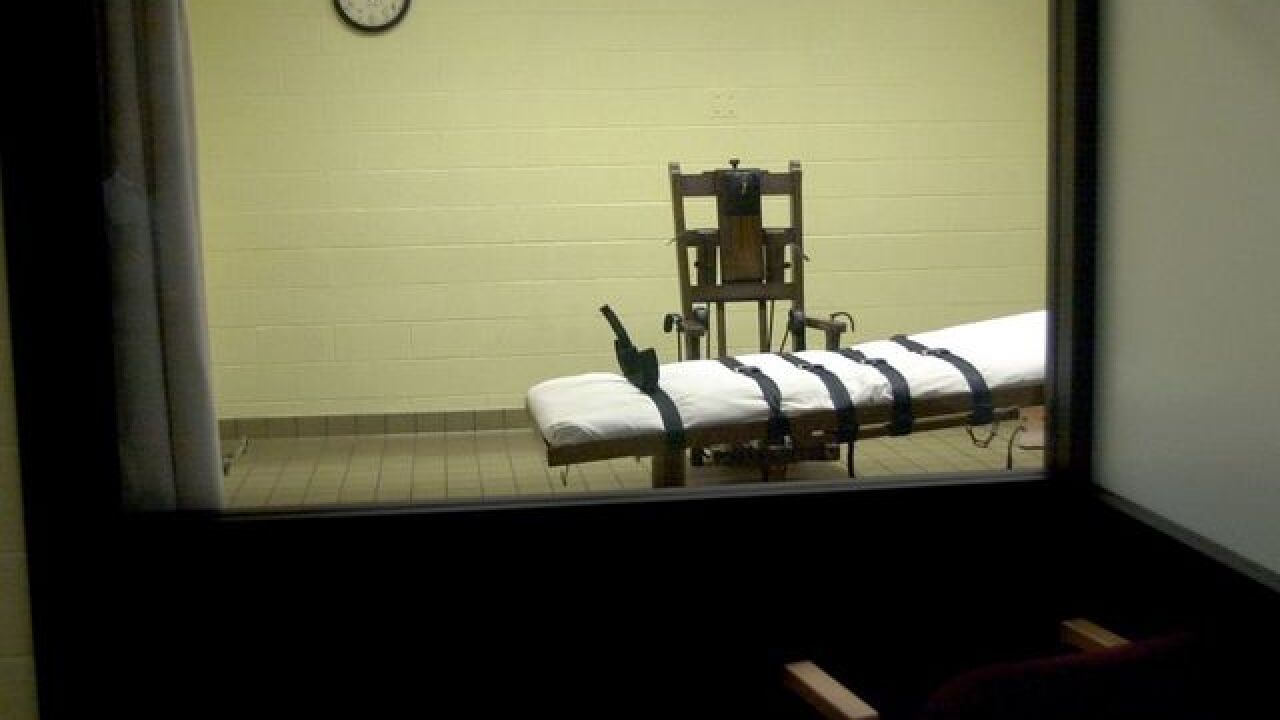 Linda Collins is the widow of Terry Collins, who served for 33 years in the Ohio Department of Rehabilitation and Correction, including as director from 2006 - 2010.

To be asked to carry out an execution as part of your job is an extraordinarily difficult experience. I know this because my husband of 44 years, Terry Collins, was placed in this position many times throughout his career, including as director of the Ohio Department of Rehabilitation and Corrections. Each of the 33 executions he oversaw took a tremendous toll on him.

As I read the news that Ohio is planning to resume its use of the death penalty for the first time in more than three years, with plans to carry out at least 27 lethal injection executions, I think about all the stress and the burden that was placed on him and his staff.

The Department is like one big family. Over decades, you get to know people and their families. You care. When it comes to executions, Ohio is about to go from zero to 60. I am concerned about the risks this fast-paced execution schedule poses to the people tasked with carrying them out.

I know the dedicated professionals who work for the Department would undertake this somber task with the utmost care and the highest standards. But as we all know, even under the best circumstances, executions are very hard on the corrections staff, and sometimes executions don’t go as planned.

For many, participating in executions becomes a major event in their own lives, and can affect them for years to come. I saw the impact executions had on my husband, my best friend.

To be sure, executions go far beyond the walls within which they are carried out. After he retired, I was often struck by public comments Terry would make about executions.

Did the System Get it Right?

Unlike his usual manner, Terry had difficulty remembering the names of some of the prisoners whose executions he oversaw. Even though part of his routine was to personally speak to each and every one before they were executed, he described them as a blur. In retrospect, Terry said forgetting was a coping mechanism. To protect himself, his mind had to blur it out. I certainly would never want another person to go through that kind of anxiety and stress.

With each execution we talked about what nagged him most -- did the system get it right?

Terry’s deep concern about this came from having personally walked innocent people out the front doors of prisons. In fact, three innocent men have been exonerated from Ohio’s death row just since the state’s last execution in 2014. How many more are there?

Loyal Employees Did Their Jobs

We would talk about those difficult execution days -- even when things went according to protocol, they were difficult days. I could see the stress in Terry even in the days before the scheduled execution. While they were hard on him, the trauma of participating in executions has had more severe effects on some of our friends who are more like family. I’ve seen and heard about alcohol and drug abuse, issues with depression, anxiety, and more. Many of those Terry knew who were tasked with carrying out executions would privately prefer not to, but, as loyal employees, they respected the expectations and the job.

Then there were the times when executions didn’t go as planned, as happened more than three years ago during the last execution. We read the reports about Mr. McGuire struggling against the restraints and gasping for air for 26 minutes. Terry was retired then, but he spent that day deeply concerned about all those involved.

I remember when Terry made his decision to retire from the Department. It was not long after the 2009 execution attempt of Romell Broom. When then-Governor Strickland ordered Terry to stop the execution attempt after more than two hours, I think that Terry had had enough.

I feel an obligation to speak out for those who may not be in a position to speak. No one should ever go through participating in an execution like that.

My husband dedicated his life to the safety of prisoners, to his colleagues, and the public just as all corrections professionals and staff do. Their work ensures incarceration is as safe and productive as possible.

It's Too Much to Ask

The criminal justice process doesn’t end when someone is sentenced and jailed. It takes a dedicated, professional, highly skilled staff to ensure that the prison population remains safely incarcerated. That’s what they do, and they do it well, with care and pride. It’s unimaginably difficult to go from looking after prisoners to assisting in the execution of prisoners.

Ohio corrections staff haven’t executed anyone in three and a half years. They are now being ordered to try a controversial drug combination they have never previously used. And they are being asked to go into this schedule knowing it will not let up for years. The executions will keep coming steadily down the line, with no break, no rest.

I respectfully ask our state officials to think of our corrections professionals, who are completely innocent public servants. The proposed execution schedule will harm them, and that’s simply too much to ask.