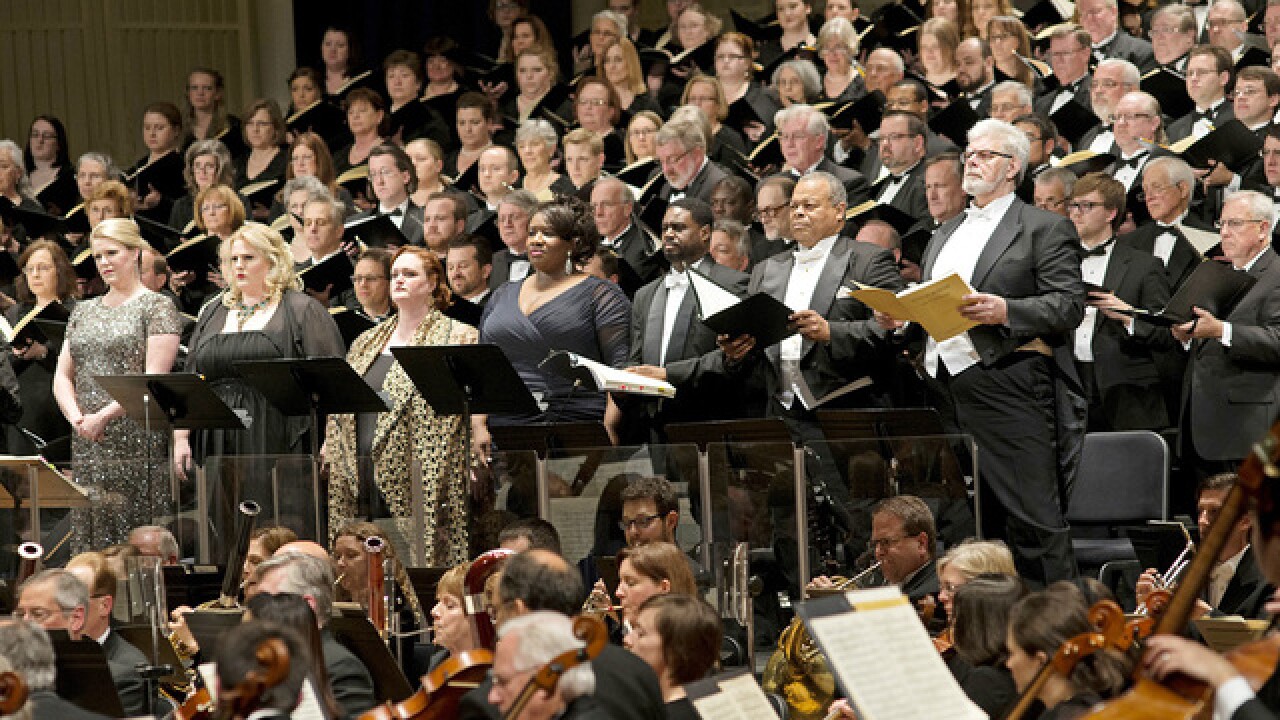 Rebecca Bromels is director of engagement at ArtsWave, a theater nerd and second soprano. She lives in St. Bernard with her husband and two children.

I heard a statistic last week that, I think, explains Cincinnati.

Seventy-six percent of choral singers volunteer their time to other organizations in their communities, as opposed to only 44 percent of the general population.

Two things struck me about Cincinnati when I moved here 17 years ago. First, volunteerism and philanthropy are an essential part of the region’s character. Cincinnatians are generous with their time and treasure to a degree that surprised me, having lived in Western states that tend to value independence over community.

The evidence is all around us: We volunteer for big events like the World Choir Games and line up to cheer our neighbors when they run the Flying Pig marathon. Cincinnati is home of the nation’s first and largest united arts fund, ArtsWave. United Way of Greater Cincinnati is one of the nation’s strongest chapters, regularly ranked in the top 10 for per capita giving among the top 50 United Way regions. Organizations such as the Greater Cincinnati Foundation make it possible for families to give over many decades according to their means. All this adds up to a community with a robust and innovative nonprofit sector, and an army of thoughtful, active volunteers.

The second thing I noticed about Cincinnati? This city loves to sing.

Choral music has thrived in this region for more than 150 years. The German Saengerfests that gave birth to the May Festival, now the oldest choral music festival in the Western Hemisphere, began a tradition of choral singing that now engages thousands of local residents every year. The Greater Cincinnati Choral Consortium includes 33 member organizations representing 55 local choirs, ranging from professional groups like the Vocal Arts Ensemble to community-based organizations like MUSE: Cincinnati Women’s Chorus to youth groups like Cincinnati BoyChoir and Cincinnati Children’s Choir.

This concentration of singers puts Cincinnati on the map internationally for choral music, as evidenced by our selection to serve as host of the 2012 World Choir Games and next month’s Chorus America conference.

It's easy to see these two characteristics of the region as separate quirks. But the statistic that sparked my interest, taken from "America's Performing Art," Chorus America’s study on the intrinsic impact of choruses and choral singers, suggests something more. Choral singers not only have higher rates of volunteerism, but also higher rates of giving to both social service and arts organizations.

I know, “correlation is not causation.” But as a veteran chorus member, I can tell you why I believe that singing in a choir predisposes a person to give back more to their community than the average resident.

Singing together requires close proximity. We stand shoulder to shoulder and breathe as one. Sharing space, purpose and identity in a choir brings people together.

Once your heart is open to the realities of other’s lives, it becomes difficult to sit on the sidelines when you see injustice or need in the broader community.

With the May Festival starting this weekend, it’s a time to celebrate our extraordinary heritage of choral music and the impact it has on our region beyond the performance halls. The choruses of our region don’t just make beautiful music, they make beautiful neighbors and citizens.

Get involved: Cincinnati’s May Festival begins Friday, May 20 at Cincinnati Music Hall. The five concerts over two weekends will be the final performances in Music Hall before it closes for renovations, and the last concerts under the baton of longtime maestro James Conlon. For tickets, call (513) 381-3300.