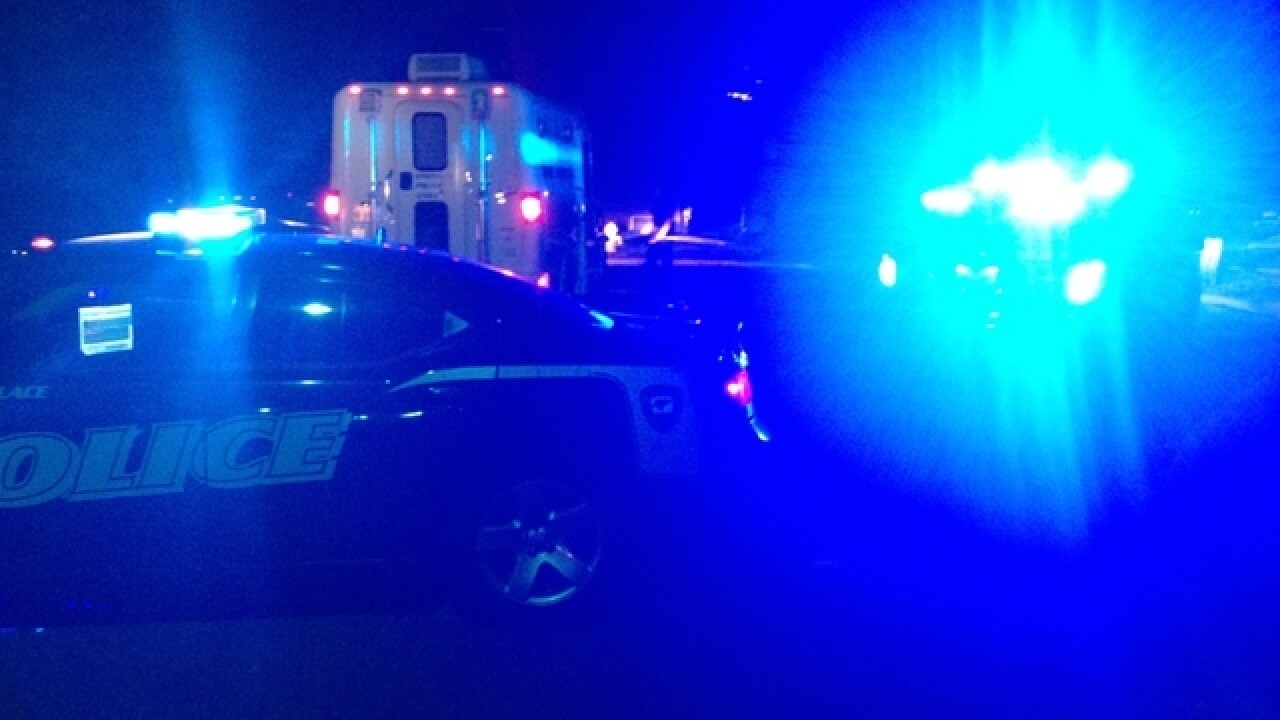 <p>A man and a woman were found dead inside an Elmwood Place apartment on May 8, 2014. (Photo: Bryce Anslinger, WCPO)</p>

As the electoral season slowly moves on, one of many demographics whose real-life issues and experiences are frequently pandered to but then ignored is that of relatives of those who have been murdered. This demographic includes me. Nineteen years ago, I lost my beloved little sister Jennifer to murder in my hometown, Cleveland.

Jennifer was 21 years old in 1997 when she was killed in her home, which she shared with her 2-year-old daughter. Her killer remains unknown. I received word of Jennifer’s death while attending a church convention in Colorado. I made my way home, planned her funeral, and began the process of carefully weaving Imani into the fabric of my household.

Immediately, and in the years following Jennifer’s death, my family received tremendous spiritual and moral support from church leaders, congregants, family members and friends. Looking back, we could not have gone very far as a family without those networks of care and compassion.

On the other hand, we experienced a nearly deafening silence with respect to attentiveness from law enforcement, social services, and the State of Ohio. Just days after Jennifer’s funeral, I made application to the Ohio Victims’ Assistance Fund, believing that officials there would at least offer assistance to Jennifer’s daughter. That was in 1997. Except for letters of acknowledgement, 19 years later, I have yet to receive any reply of substance.

While the police investigated, the case went cold. However, there are many more issues surrounding homicide cases than just bringing suspected murderers to trial. Families of murder victims need immediate and ongoing support. For example, it would have been wonderful if someone had given me a list of government and non-profit agencies standing by to assist us in addressing urgent and immediate needs. Murder victims’ families often need assistance with items as basic as funeral costs.

We should have been linked with a team of mental health professionals who could have helped us understand the grieving process and address obvious and unprocessed anger, and the profound sadness that never completely goes away. Jennifer’s daughter may have witnessed her mother’s murder, yet no one offered to assess and treat her mental state. What would have happened if the city, county, or state had linked us with other murder victims’ families for mutual support?

One of the most helpful and hopeful signals ever sent regarding support for murder victims’ families in Ohio was the establishment of a Joint Committee on Victim’s Services. This legislative committee emanated from recommendation 19 of the Supreme Court Task Force on the Administration of Ohio’s Death Penalty, which called for an assessment of the needs of murder victims’ families and the resources available to them.

Astonishingly, few Ohioans actually know this committee exists, and that includes professionals in Ohio’s victim advocacy network. Legislatively mandated in December 2014, it took over a year for the committee to begin its work. It has held a few sparsely attended hearings with little media coverage, and it plans to complete its work before the June recess.

At its first hearing in January, it was evident that the committee had no plans to conduct a thorough assessment of agencies providing services to homicide survivors, or to gather the input of Ohio homicide survivors. My colleagues and I recruited researchers at The Ohio State University to assist with such a process. This offer was met with great enthusiasm by the committee chairman, Senator Bill Coley of West Chester. I was shocked when I learned that the enthusiasm for the proposal did not lead to its funding.

How will the committee learn what works, and what needs to be changed? How will its members know what agencies have model programs and what agencies fall short? Often, support for homicide survivors comes from non-traditional providers such as the faith community that was so helpful to my family. How will the committee include such support networks in its recommendations?

Much More Work to Be Done

Elected officials often consider themselves champions of care and compassion for murder victim family members. Following my testimony before the committee on April 13, Sen. Coley came to me to say that he would “find more money for victim services.” But I have to ask how anyone would know where to put additional funds without a thorough analysis of the real needs of murder victims’ families, and the actual services available. Such probing would help identify gaps, including the realities of underserved communities. Only then can legislators best act to do better for all of Ohio’s murder victim families.

The Joint Committee on Victims Services meets again at 4 PM on May 4 in the South Hearing Room of the Ohio Senate. I urge Ohio homicide survivors and victim service providers to be there to offer experiences, ideas, and aspirations to help guide the work of this important committee.