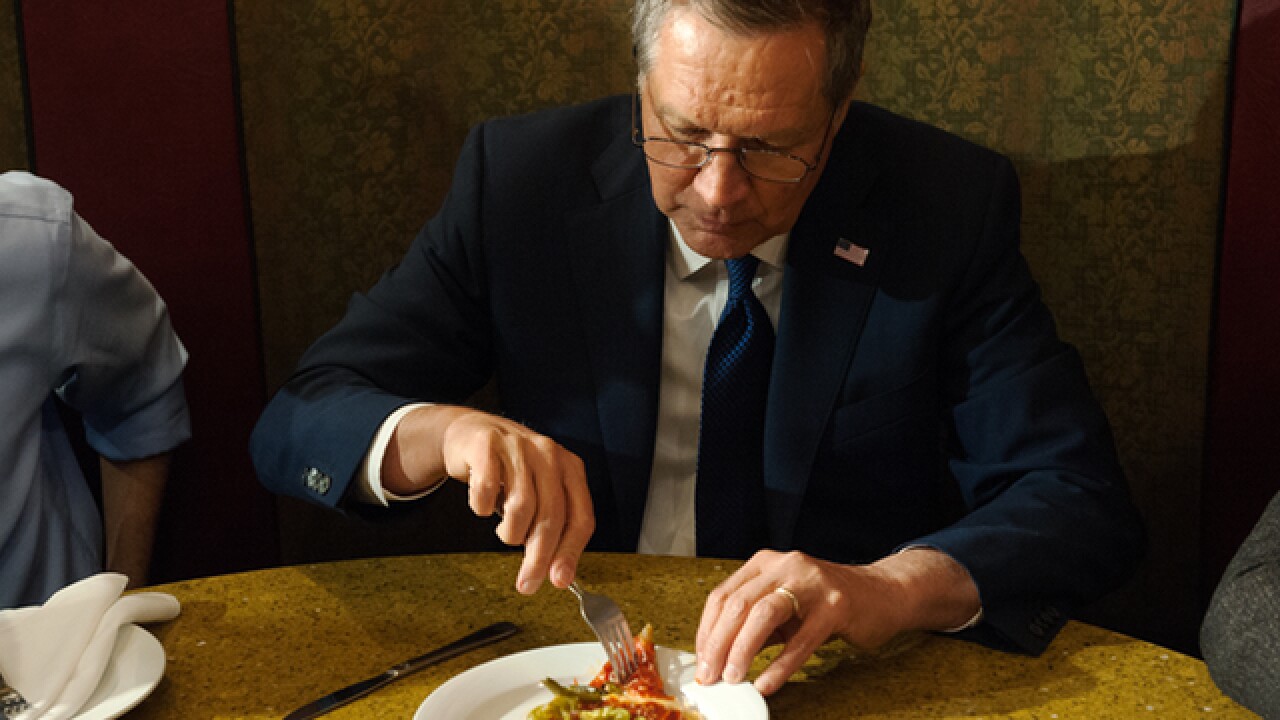 CINCINNATI – The public was shocked by the offensive behavior of a GOP presidential candidate this week.

But for once, it wasn’t the ever-controversial Donald Trump making headlines. This time, Ohio’s own Gov. John Kasich gave us all something to think about when he publicly revealed he doesn’t know how to eat pizza.

During a campaign stop in Queens, New York Tuesday, Kasich blasphemed against cheesy goodness everywhere when he cut into a classic New York-style slice with a knife and fork.

On Good Morning America, Kasich later claimed the pizza was “scalding hot.” That story doesn’t hold up. A photographer from Getty Images caught Kasich, who must have realized his enormous faux pas (faux pizz-as?) after the first slice, picking up his next two almost like a real person. Almost.

Too little, too late, Johnny. He’s not even folding the slices, just awkwardly holding them up like he’s putting up a new shelf.

The response to Kasich’s pizza goof was swift. Media outlets across the country questioned the candidate about what he was thinking. As the New York Post subtly put it, “WTF is wrong with John Kasich?”

Even worse, the pizza debacle came as a flip-flop move for Kasich, who just one day earlier turned down some frozen custard in Wisconsin because he has “to stay thin.”

At the pizzeria, he dug into more than two slices (but didn't finish the third) and a sausage.

The pizza crisis could be the start of a bad turn for Kasich who, despite being a solid third in the current GOP contest, has recently polled as the party’s best choice in a race against Democrat frontrunner Hillary Clinton.

This could go down in history as the pizza that cost Kasich the presidency.

Regardless of the political fallout, perhaps the saddest part of the whole pizza ordeal was the disillusionment Kasich’s poor etiquette caused for this boy. Look at the disgust on his face. Look at it:

Of course, Kasich isn’t the only pizza goofus in this race. Trump has also been caught on camera eating pizza with a knife and fork.

I say to Kasich: There's mushroom for improvement.