COLUMN: Music Hall has always been -- and will continue to be -- our community's gathering place 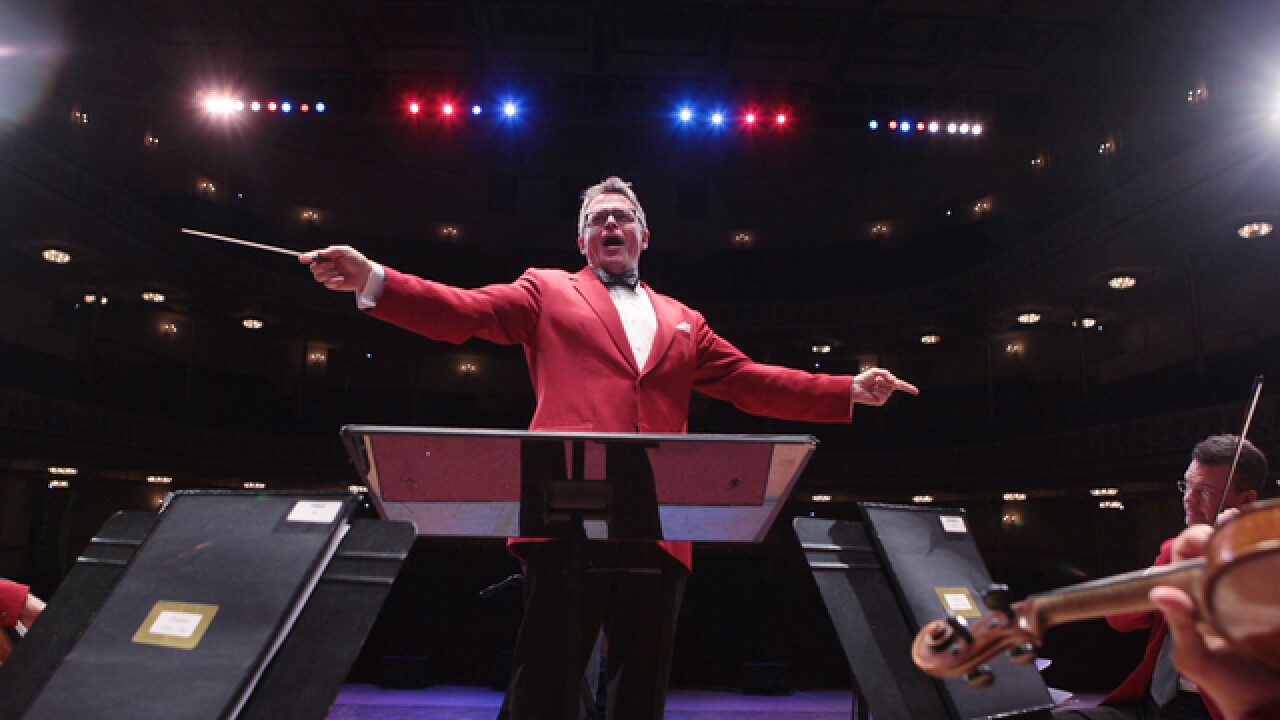 John Morris Russell is the conductor of the Cincinnati Pops Orchestra.

CINCINNATI -- The great German poet Goethe described architecture as music frozen in time. Perhaps this is why Cincinnati sings to all who call the Queen City home.

Although most American cities have, at some point, possessed great architectural landmarks, few have as rich an extant legacy as Cincinnati.

Yes, many important buildings have been lost over the years, but there are many, many more that remain, representing a nearly complete timeline of 19th- and 20th-century architectural history. Our city's renaissance in the last decade has blossomed largely because of the amazing builders of the past and the subsequent generations of Cincinnatians who believed deeply in maintaining and preserving this heritage.

RELATED: Get a toy version of John Morris Russell

The centerpiece of our city's rebirth is most certainly Cincinnati Music Hall, as it was originally named, which represents in nearly 4 million bricks the past, present and future of our city and the music that binds us all together.

Nearly 140 years ago, our civic and business leaders, politicians and citizens made a unified choice to invest in the cultural life of our community. In a nation burgeoning with mind-boggling technological advancements and dramatic social changes, a "Parthenon" of creativity could, and would, define our city for the next five generations.

Music Hall was originally built as a home for industrial, horticultural and scientific expositions; a place of progressive and civil discourse; and the heart of the building, the Springer Auditorium, was dedicated to music-making of the highest order.

Music Hall was also the premier venue for performing artists and ensembles from around the world that rarely visited inland from the east coast.

The environments in which Music Hall was originally constructed and in which the current renovation has taken place are remarkably similar. Both projects began during dramatically changing times, when Cincinnati competed for prominence on the national scene. Both projects were financed with a unique combination of extraordinarily generous patrons, government support and a mountain of small gifts made by folks from all walks of life.

Each project employed a legion of craftsmen whose goal was to build with the kind of integrity to last into the next century. Much of the exceptional workmanship from well over a century ago has been restored -- and in some cases rediscovered -- to be admired for generations to come.

Most importantly, Music Hall was designed for all Cincinnatians as the epicenter of our city's creative community. Our investment in Music Hall, then and now, helped spur the visionary and innovative entrepreneurial successes of our region and defined an exceptional quality of life here that is second to none.

That Music Hall is somehow an exclusive bastion of the upper-crust rings hollow. Music Hall has always been a place where everyone is welcome to seek and share inspiration; it might be at a concert, or graduation, or perhaps even on stage in a chorus, youth orchestra, ballet school or band -- it is Cincinnati's house.

"If it sounds good, it is good." That is what Edward "Duke" Ellington said. He performed and recorded with the Cincinnati Symphony Orchestra under Erich Kunzel at Music Hall in the 1960s. The list of artists, speakers and ensembles that have appeared there is a "who's who" of American culture and history, including eight presidents, The Grateful Dead, Susan B. Anthony, Miles Davis, Mikhail Baryshnikov, Richard Strauss, B.B. King, William Tecumseh Sherman, Janis Joplin, and Leontine Price, just to name a few.

That list also includes thousands upon thousands of Cincinnatians from across town or over the river: doctors, engineers, teachers, carpenters, mechanics, brewers, mothers, fathers, aunts and uncles who raised their voices together in the May Festival Chorus over the last dozen or so decades. It will also include the kid down the street singing with the Pops Holiday Chorale for our Cincinnati Pops concerts this December, who might just be the next star of Broadway or The Met, like so many others who got their first break at Music Hall.

Portions of Music Hall were used as an arena for UC basketball, wrestling matches and circuses. The Topper Club and Greystone Club were located within its walls and hosted the biggest names in jazz and early rock acts, and between our Pops, CSO, May Festival Chorus, ballet and opera, most of the world's greatest classical performers have shared the stage in Springer Auditorium.

Music Hall continues to be our community's gathering place, accessible to all who yearn for the beauty, humanity and connectivity the performing arts bring us all.

Come join your friends and neighbors as we gather to celebrate and rededicate Cincinnati Music Hall throughout the month of October and for next hundred years or so, as the spirit of creativity touches all who pass through her doors.