When did we all become experts on gorillas? 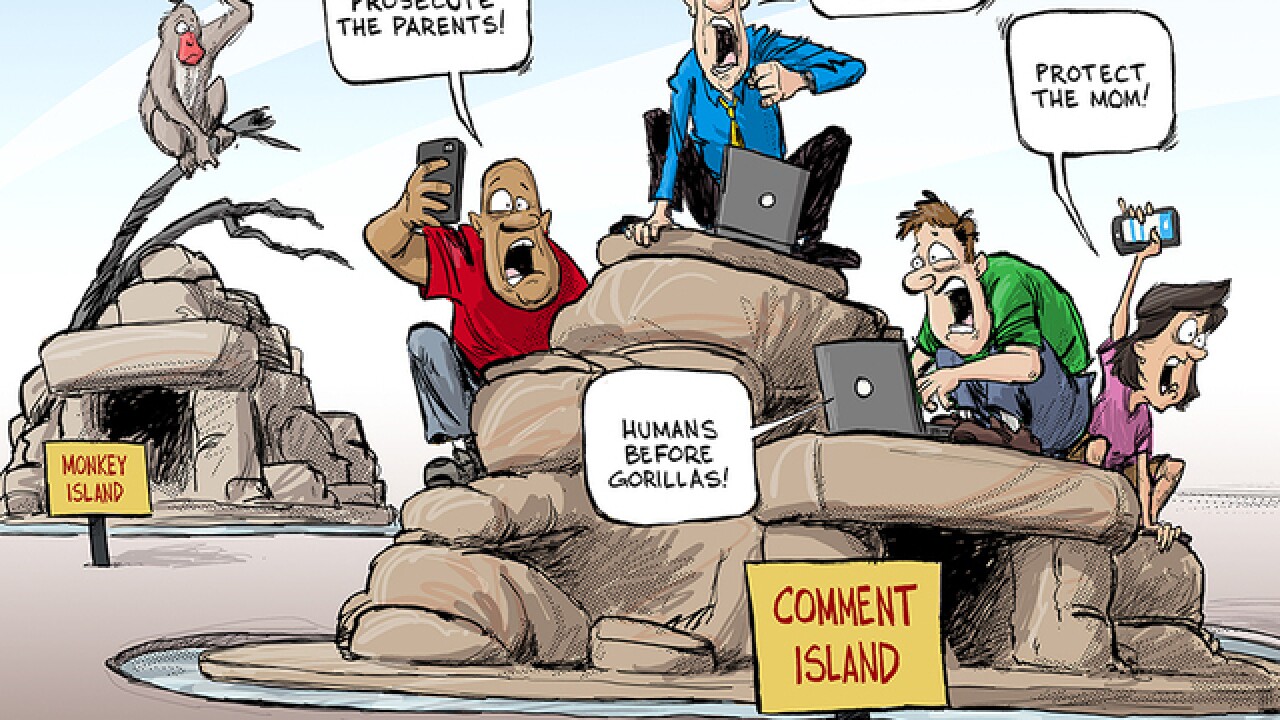 It was, in the end, a rapidly unfolding event that could have turned out much worse. Three-year-old manages to fall into the gorilla lair at the zoo. Male gorilla manhandles the child. The zoo's response team shoots and kills the animal.

It's clear the zoo made the right call. Any other decision would have put the child's life even more at risk.

But that's not how many viewed it. The social media world lit up. Suddenly it seemed, anyone with a smartphone was an expert in parenting and primate behavior. The White House weighed in. So did Donald Trump. One ill-informed Ohio media organization even urged a boycott of "all things Cincinnati."

The viral response was nothing less than a dramatic exhibit of excited internet-enabled mammals at play.