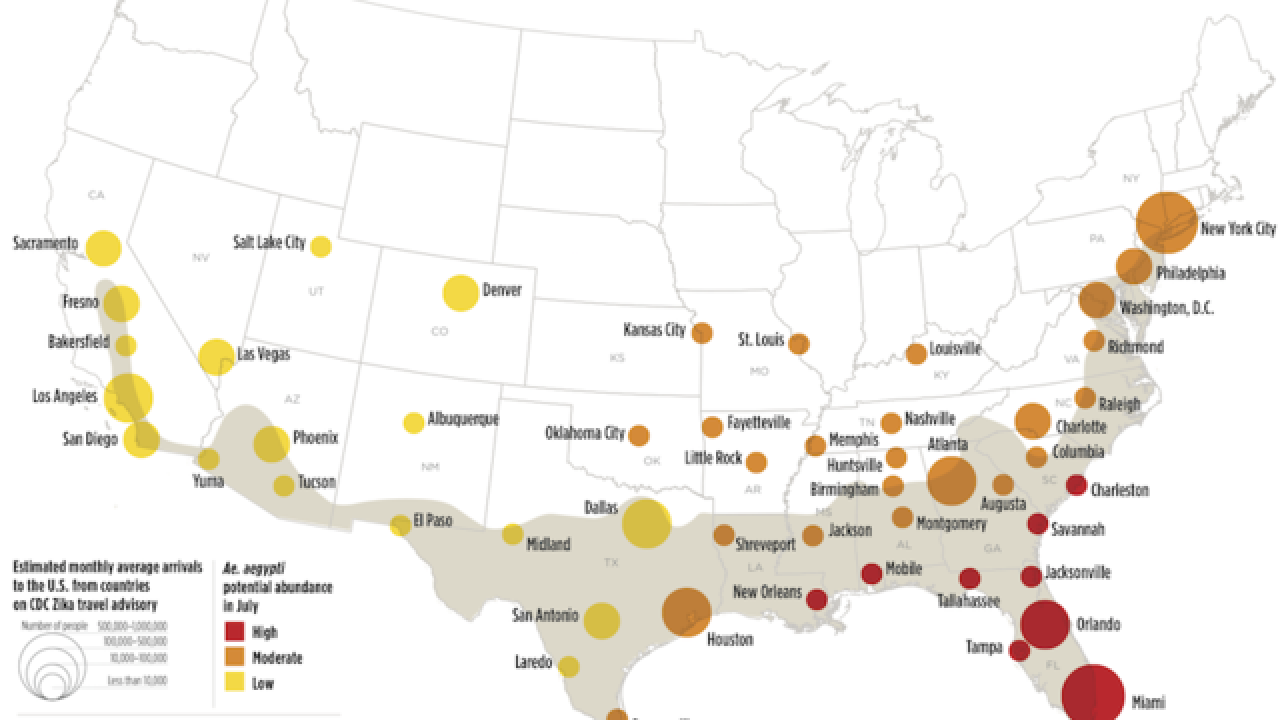 The National Center for Atmospheric Research has studied the potential Zika virus in 50 United States cities for the coming summer and found that the East Coast is most likely to see the spread of the virus. The Aedes aegypti mosquito has been the bug that has spread the most amount of Zika cases.

The NCAR studied the risk of the Aedes aegypti mosquito spreading throughout the nation. Its study found that the mosquito will have a high level of prevalence in the Southeastern United States, especially in the state of Florda. Gulf Coast cities such as Miami, Orlando, New Orleans, Tampa and Mobile could see an increased risk of the Zika virus spreading.

The study showed that the mosquito carrying the Zika virus could travel as far north as New York City, Phoenix and Los Angeles during the hot summer months. The East Coast is at a greater risk to see a moderate spread of the virus, according to the NCAR.

"This research can help us anticipate the timing and location of possible Zika virus outbreaks in certain U.S. cities,” said NCAR scientist Andrew Monaghan, the lead author of the study. “While there is much we still don’t know about the dynamics of Zika virus transmission, understanding where the Aedes aegypti mosquito can survive in the U.S. and how its abundance fluctuates seasonally may help guide mosquito control efforts and public health preparedness.”

The study also showed that the spread of the mosquito will rapidly spread north from the Gulf Coast during the spring. Adding insult to injury is the East Coast is expecting a warmer than normal summer.

The virus has caused particular harm to pregnant women, and it has been linked to birth defects in Latin American nations.