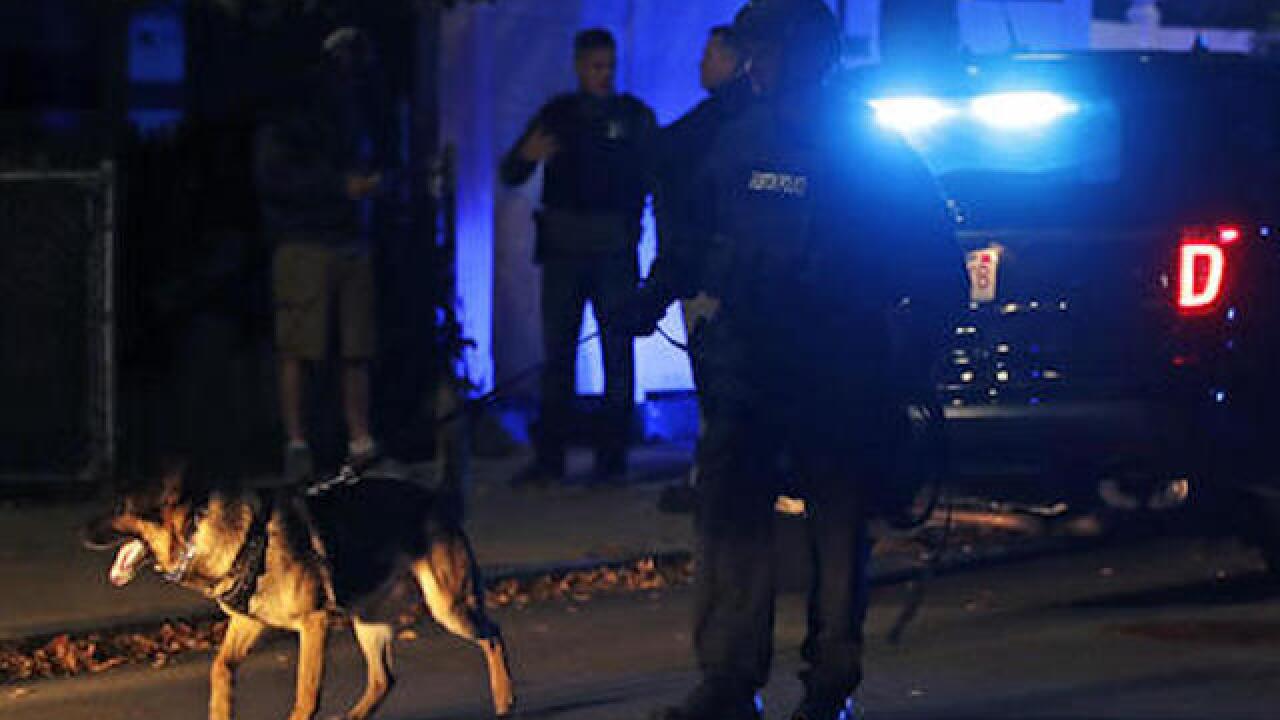 Copyright Associated Press
Charles Krupa
<p>In this Oct. 12, 2016, file photo, police search for a suspect after two officers were shot in the East Boston neighborhood of Boston. Police said on Oct. 17, 2016, that the two officers have been upgraded to stable condition. (AP Photo/Charles Krupa, File)</p>

BOSTON (AP) — Boston police say two officers who were shot last week while responding to a domestic call have been upgraded to stable condition.

Officers Richard Cintolo and Matt Morris were shot Wednesday night and seriously wounded as they responded to a domestic disturbance. The man who shot them was killed by police.

The department's Twitter account said Monday that Commissioner William Evans visited Cintolo and Morris and found "both guys doing better." He says, "it appears somebody upstairs is listening to all of our prayers."

More than 100 people marched Friday night in the East Boston neighborhood where they were shot to honor the officers.