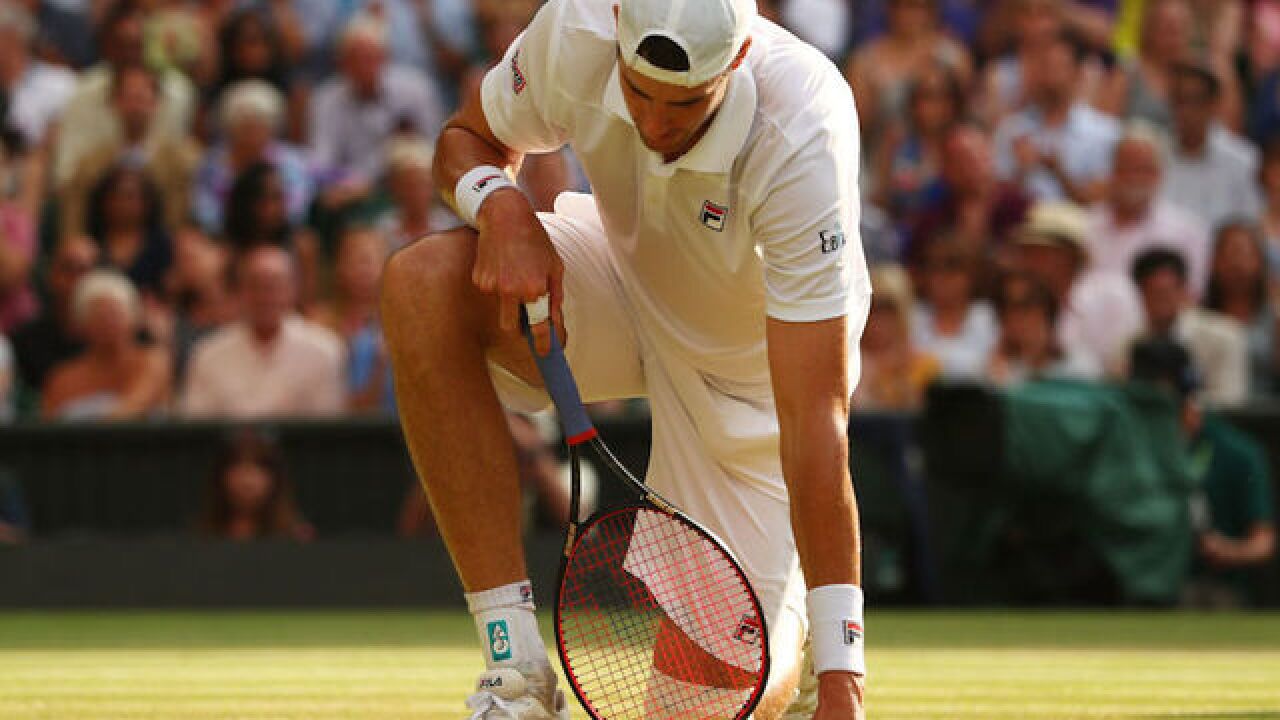 Kevin Anderson outlasted John Isner in a record match lasting over six hours in Wimbledon's battle of the giants to reach his first men's final at the All England Club.

The six-foot-ten (208cm) Isner finally succumbed to the six-foot-eight (203cm) Anderson just before 8pm local time in a grueling encounter full of plot twists in the longest men's semifinal in Wimbledon history.

"I don't really know what to say right now," Anderson told the BBC, after winning the match on his first match points as Isner hit a forehand wide.

"It was really tough for both of us. Somebody has to win, John is such a great guy and I really feel for him," added Anderson, who has known Isner for 14 years.

When asked how he would recover from such an epic and play in the Wimbledon finals on Sunday afternoon, the South African said: "It's tough, I really don't know."

He added: "It's a bit of a sign for the Grand Slams to change this five-set format."