Who are the Kurds and why are they under attack? 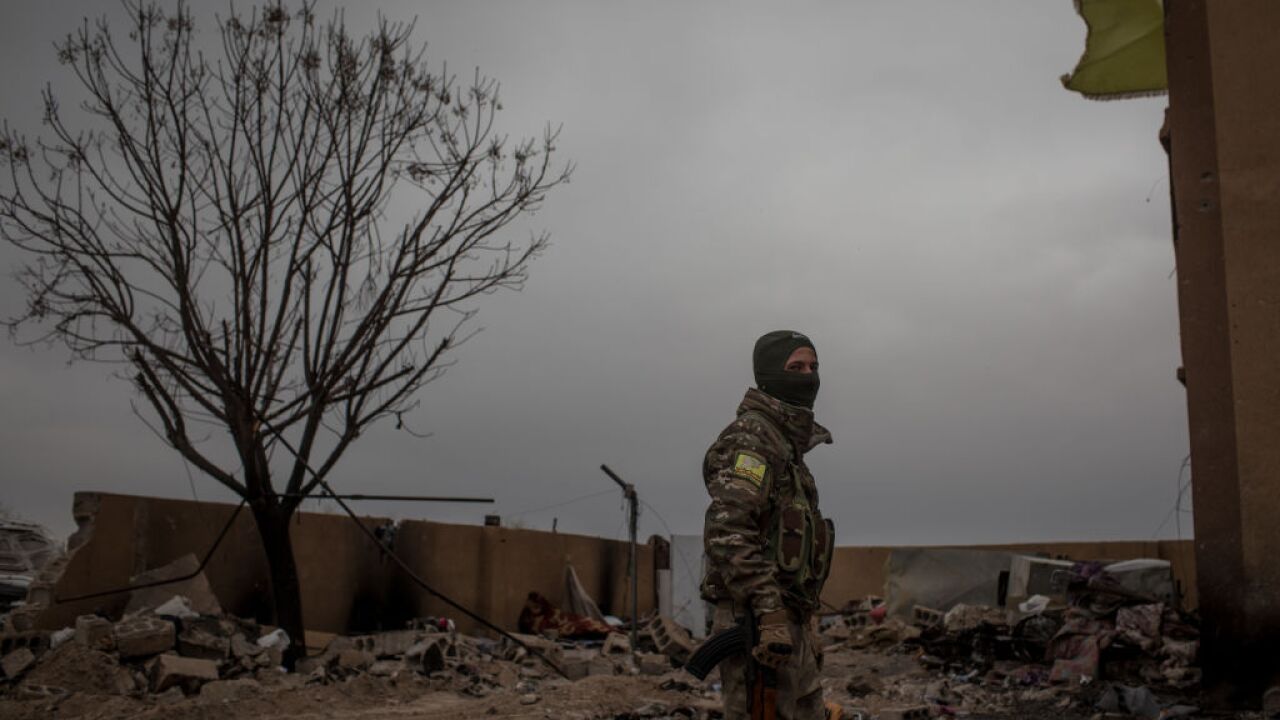 Hundreds of people living in northern Syria near the Turkish border are fleeing, herding their loved ones and running from an unknown fate as fires blaze behind them.

These people are members of an ethnic minority known as the Kurdish people.

Living in a region controlled by the Kurdish People's Protection Units (YPG), a defense force mostly made up of Kurds, the frequently targeted group is once again under attack.

Wednesday, Turkey launched an operation in northern Syria as part of a planned military offensive to move US-backed Kurdish forces away from its border.

According to the Kurdish-led Syrian Democratic Forces (SDF), two civilians have already been killed . The SDF is US-backed and militarily led by the YPG.

The launch came days after US President Donald Trump announced that American troops would be pulled back from the Syria-Turkish border. The risky move gave Turkey the green light to attack US-backed Kurdish allies.

While the United States has credited the Kurds for helping defeat ISIS in Syria, the minority group has since been abandoned and is now in the center of yet another nightmare.

How did it come to this? Here's what you need to know:

Who are the Kurds?

The Kurds are an ethnic minority group that mostly occupy a mountainous region straddling the borders of Turkey, Iraq, Iran, Syria and Armenia.

Though they have lived as a minority, there are actually about 25 to 30 million Kurds in the area, all united by a unique race, culture and language. Most Kurds are Sunni Muslims.

Before World War I, traditional Kurds lived a nomadic lifestyle until the breakup of the Ottoman Empire, which stripped them of their freedom and divided them into new nation-states.

Kurds have struggled to maintain their identity, often being referred to as " Mountain Turks " in Turkey, where they were forbidden to wear traditional Kurdish outfits or speak their language. They continue to face discrimination and policies of persecution.

Although Kurds are the largest ethnic minority in Turkey, making up roughly 20% of the population, they are not recognized as a minority group in Turkey.

Where do Kurds live?

Kurdistan is now one of the world's largest stateless nations, a non-governmental region whose people have no official homeland or country.

In the early 20th century, the Kurds began working toward the creation of homeland known as Kurdistan. In 1920, the Treaty of Sèvres - one of a series of treaties that the Central Powers signed after their defeat in World War I - outlined the dissolution of the Ottoman Empire and called for an autonomous Kurdistan.

Three years later, after the end of the war, Western allies dropped demands for an independent Kurdish state and the Kurdish region was divided among several countries.

What does Turkey have to say?

Turkish President Recep Tayyip Erdogan has always adopted a robust attitude against Kurdish nationalism. The President made it clear that his ultimate goal is to eliminate the Kurdistan Workers' Party (PKK), a Kurdish far-left militant and political organization based in Turkey and Iraq that fought the Turkish state for more than three decades.

This has built a deep divide between Turks and Kurdish Turks. In 2016, pro-Kurdish media outlets were closed down, more than 11,000 teachers were dismissed or suspended over alleged PKK connections and at least 24 government appointees replaced Kurdish mayors in the country.

Turkey has long been unhappy about the strong Kurdish presence in northeast Syria near the Turkish border. The country's military has already moved in portions of areas previously held by SDF, but now their longtime plan to create a buffer zone in northern Syria is underway.

There are two goals: drive the Kurds away from from their border, and use this area to resettle around 2 million Syrian refugees.

Why is Turkey attacking them now?

In January, President Trump said the United States would begin withdrawing troops from Syria and " slowly " send them back home. Syrian Kurds feared Turkey would use the withdrawal as an opportunity to launch an assault.

But after Trump's sudden announcement Sunday night, these fears were realized.

"Turkey will soon be moving forward with its long-planned operation into Northern Syria," a White House statement said. "The United States Armed Forces will not support or be involved in the operation, and United States forces, having defeated the ISIS territorial 'Caliphate,' will no longer be in the immediate area."

As of last month, the United States said about 1,000 US troops were operating in northeastern Syria. This move leaves Syrian Kurds at the mercy of an operation aimed to clear them out and away from the Turkish border.

"#OperationPeaceSpring will neutralize terror threats against Turkey and lead to the establishment of a safe zone, facilitating the return of Syrian refugees to their homes," Erdogan tweeted Wednesday. "We will preserve Syria's territorial integrity and liberate local communities from terrorists."

Turkey's operation is targeting the YPG, which the country regards as a terrorist group affiliated with the PKK.

How will attacking the Kurds risk the return of ISIS?

The SDF, a coalition of Kurdish and Arab soldiers backed by US, British and French special forces, defeated ISIS and liberated eastern Syria in March.

The SDF said it lost 11,000 "forces, leaders, and fighters" while battling ISIS.

While ISIS holds virtually no more territory , the United States warns there are still tens of thousands of ISIS fighters in hiding in both Iraq and Syria.

Thousands of ISIS fighters who were captured during major battles against the terrorist group are being held by the SDF. Somehow, all these fighters may be handed over to Turkey.

As many Syrian Kurds prepare to fight and others run in the opposite direction, thousands of terrorists and two holding facilities containing displaced ISIS members and ISIS survivors will be left ungoverned.

This poses a serious risk as ISIS will have an opportunity to reestablish itself.