What to watch for as senators consider Kavanaugh nomination 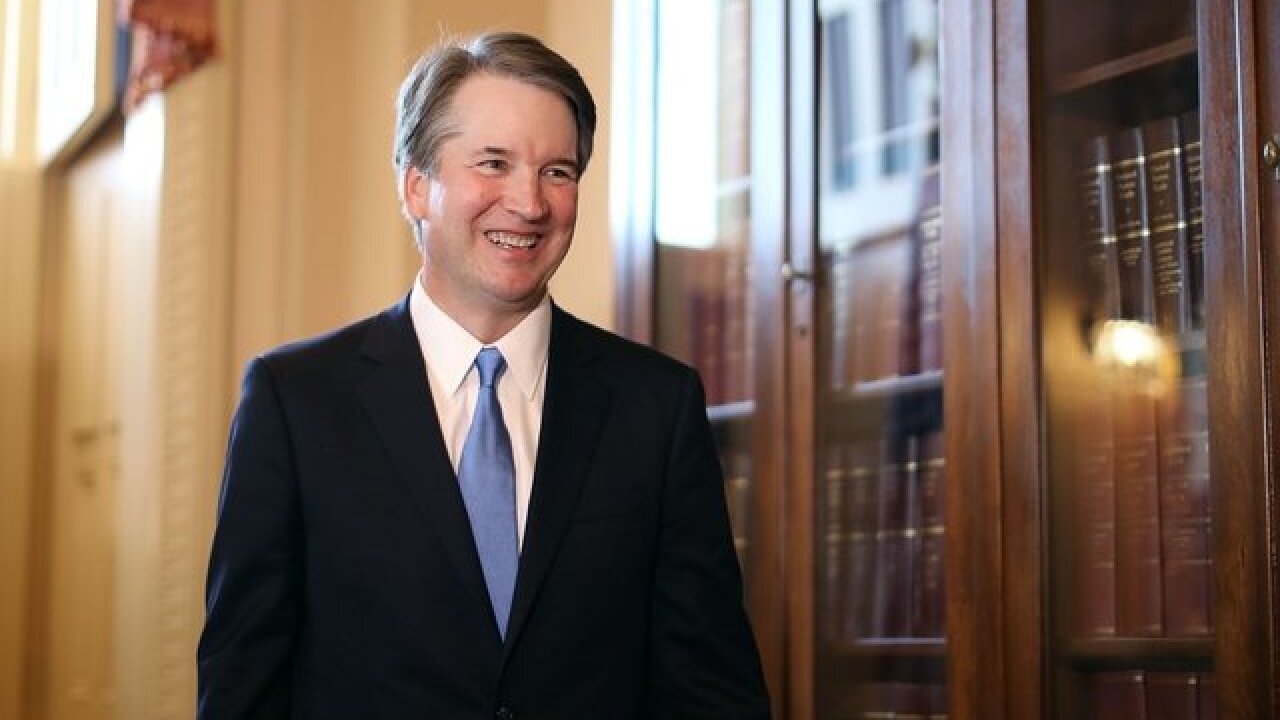 WASHINGTON (AP) -- Supreme Court nominee Brett Kavanaugh is set for a week of marathon hearings before the Judiciary Committee, where senators will drill down into the judge's background, writings and legal philosophy.

Republicans who mostly back President Donald Trump's pick are focusing on Kavanaugh's 12-year career as an appellate court judge, which has produced more than 300 opinions. Democrats are expected to take a more pointed tack, grilling the 53-year-old conservative on hot-button issues that could swing the court's majority rightward.

Four days of hearings begin Tuesday. Democratic leader Chuck Schumer fumed Monday night over the committee receiving more than 42,000 pages of documents about Kavanaugh's years with the Bush administration the night before the hearings get underway. He called for a delay until Kavanaugh's records could be reviewed.

"This underscores just how absurd this process is," Schumer said in a tweet. "Not a single senator will be able to review these records before tomorrow." Democrats have argued for weeks that Kavanaugh's Bush administration records weren't being provided for review to the fullest extent possible.

Issues to watch as the battle over Kavanaugh's confirmation unfolds:

Among the most consequential questions of the hearings is whether Kavanaugh's confirmation could alter the landmark 1973 case that solidified abortion rights.

Kavanaugh has said publicly, and in private talks with senators, that he believes the case is settled law. But he has not said if it was correctly decided. Democrats want to unpack his legal thinking for a fuller understanding of his views. Kavanaugh's answers will be critical in winning the backing from two key swing votes, Susan Collins of Maine and Lisa Murkowski of Alaska, who are alone among Senate Republican in publicly supporting access to abortion.

Despite working on Kenneth Starr's team investigating President Bill Clinton, Kavanaugh has long held that sitting presidents should be shielded from intrusive probes. It's an expansive view of executive power. And it's particularly important now, amid special counsel Robert Mueller's investigation of the 2016 election. Trump complains that the investigation is a "witch hunt" and he wants it to come to an end.

Kavanaugh is expected to be grilled over key legal questions like: Can the president be subpoenaed to appear before Mueller? Is the president immune from prosecution?

"It is an unavoidable question," said Sen. Chris Coons, D-Del., previewing the kinds of questions he will be asking. "Did this president choose you because of your view of presidential power?"

While senators are quizzing Kavanaugh in Washington, a court case against the Affordable Care Act brought by 20 Republican state attorneys general is expected to be unfolding in Texas. The case centers on the "Obamacare" requirement that all Americans carry insurance and that insurers, in turn, not discriminate for pre-existing health conditions. Kavanaugh issued a 2011 opinion that some conservatives viewed as favorable to the mandate, but Democrats worry he will provide a key vote on the court against it.

Conservatives are increasingly trying to limit the federal government's ability, under a 1984 case involving the Chevron oil company, to regulate industry. Kavanaugh appears to have shared some of these views. Republicans largely welcome that approach, but Democrats will be listening to see if he would tip the majority away from the Chevron case and limit the government's ability to fill in the details of law with administrative actions.

Testifying before the Senate 12 years ago, Kavanaugh said he wasn't directly involved in drafting Bush-era policies for detaining and interrogating terror suspects. But a short time later, news accounts suggested he had discussed in the White House how the Supreme Court would view such policies.

Two Democrats, Sens. Dick Durbin of Illinois and Patrick Leahy of Vermont, questioned his honesty at the time. Those questions are likely to resurface this week. After meeting privately with Kavanaugh ahead of the confirmation hearing, Durbin said Kavanaugh confirmed his involvement in the Bush-era discussions of detention policy, making his earlier testimony "misleading at best."

The role of money in politics is increasingly being decided by the Supreme Court. Landmark cases opened the door to new political action committees with unlimited and undisclosed spending arrangements. Kavanaugh wrote a key 2009 opinion, Emily's List v. Federal Election Commission, siding with the advocacy group that the First Amendment protects the rights of individuals to express their views. Senators will want to hear more.

Among those witnesses testifying on the final day of Kavanaugh's hearing will be a survivor of the Parkland, Florida, high school shooting. California Sen. Dianne Feinstein, the top Democrat on the committee, has previously raised concerns about Kavanaugh's legal approach to the Second Amendment. He dissented in a key District of Columbia case prohibiting assault weapons.