Week ahead: Winter is coming 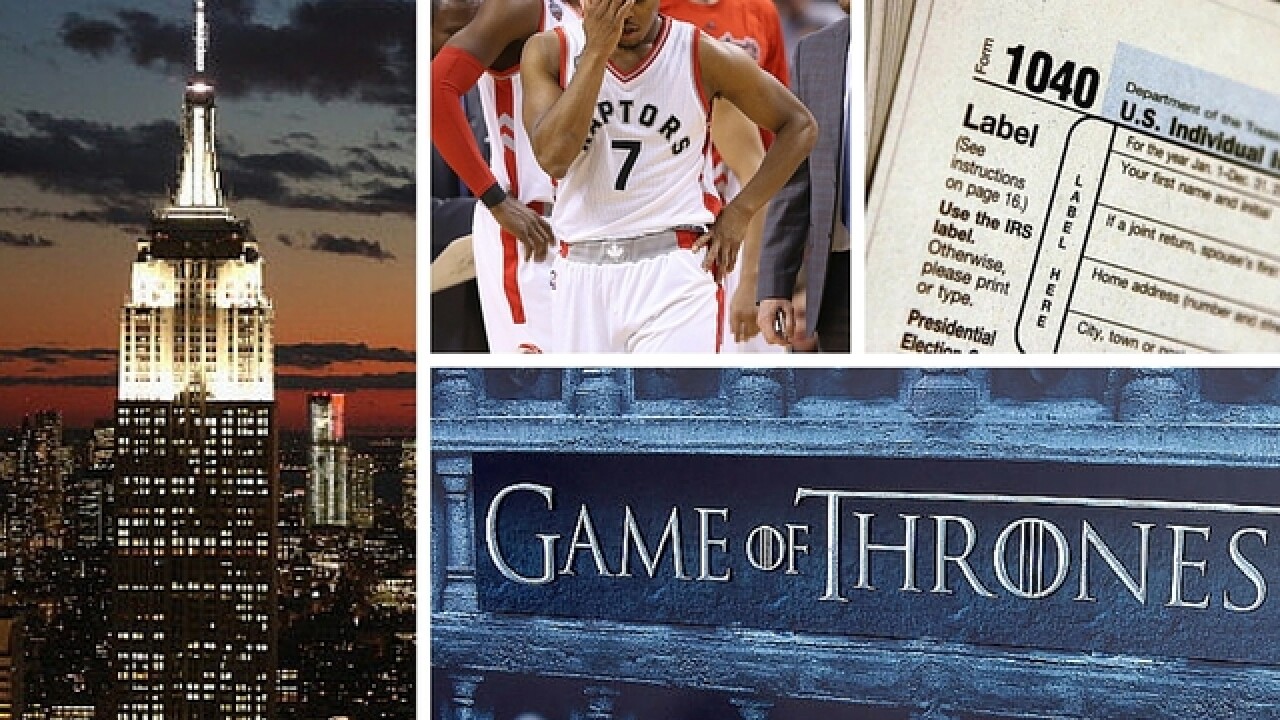 If you still haven’t filed your taxes yet, you only have a few hours to report your earnings to the IRS — the deadline to file your taxes comes Monday at midnight.

But don’t worry. You’re not alone. According to the AP, the IRS is preparing for about five million Americans to file their taxes at the last moment.

RELATED: Make the most of your return with these Tax Day deals

Over the weekend, deadly earthquakes struck in three different corners of the globe. On Friday, at least nine people were killed when earthquakes shook Japan, and while rescuers are still searching for survivors, their jobs are being complicated by terrible weather conditions. Another earthquake struck about 5,000 miles south of Japan in Tonga, as a 5.8-magnitude quake struck the island nation.

But the deadliest tremors came in Ecuador, where more than 200 were killed and more than 1,500 were injured. The 7.8-magnitude quake was the strongest to hit the country in years, and has caused significant damage to buildings, highways and infrastructure across the country.

While Ecuador faces a long road to recovery, the turmoil in neighboring Brazil is just beginning. On Sunday, the lower house in Congress will hold a vote on whether to impeach President Dilmea Rousseff, as the country has been mired in corruption and economic strife since she took over as the President in 2011.

It probably won’t be much of a fight on Tuesday, as front runners Donald Trump and Hillary Clinton are expected to cruise to big wins in the Empire State. If the pair were to take a win in the Empire State, it would be a huge momentum boost to a pair of campaigns that have seen a slowdown in the past month.

Trump should inch ever closer to the coveted 1,237 delegates need to clinch the nomination outright — despite his recent comments on the GOP election system , in which he implied he already deserved the nomination. Clinton is expected to stunt Bernie Sanders’ streak in which he has taken five of the last six primaries, and extend on her lead in the delegate count.

It’s often considered one of the best sports months of the year: Baseball is in full swing, and the postseason has finally arrived in both the NBA and the NHL.

Though plenty of time remains in the NBA's seven-game first-round series, the No. 2 seeded Toronto Raptors experienced a huge setback on Saturday with a 100-90 loss to the Indiana Pacers. They’ll now have to notch at least one road win if they want to beat the Pacers and continued to challenge the Cleveland Cavaliers for the Eastern Conference crown.

In the NHL, it was a bad weekend for Los Angeles hockey as both the Kings and the Anaheim Ducks fell behind in their series 2-0 and 1-0, respectively. Though they entered the playoffs as two of the top seeds in the Western Conference, it will be a long road back if either wants to move on.

It’s been spring for a few weeks now, but winter is already coming. That’s because HBO’s smash hit Game of Thrones will return for its sixth season next Sunday.

But once Thrones ends, stick around both Veep and Silicon Valley. The pair of comedies were both nominated for best Comedy series at last year’s Emmys, with Veep taking home the top prize.

Friday marks the 46th Earth Day, and it couldn’t come at a more crucial time for our planet:  Three of the last four years have been among the hottest on record. If you’re looking for a way to contribute, try riding a bike or carpooling to work, limiting your electrical use, or volunteering at a local recycling plant.