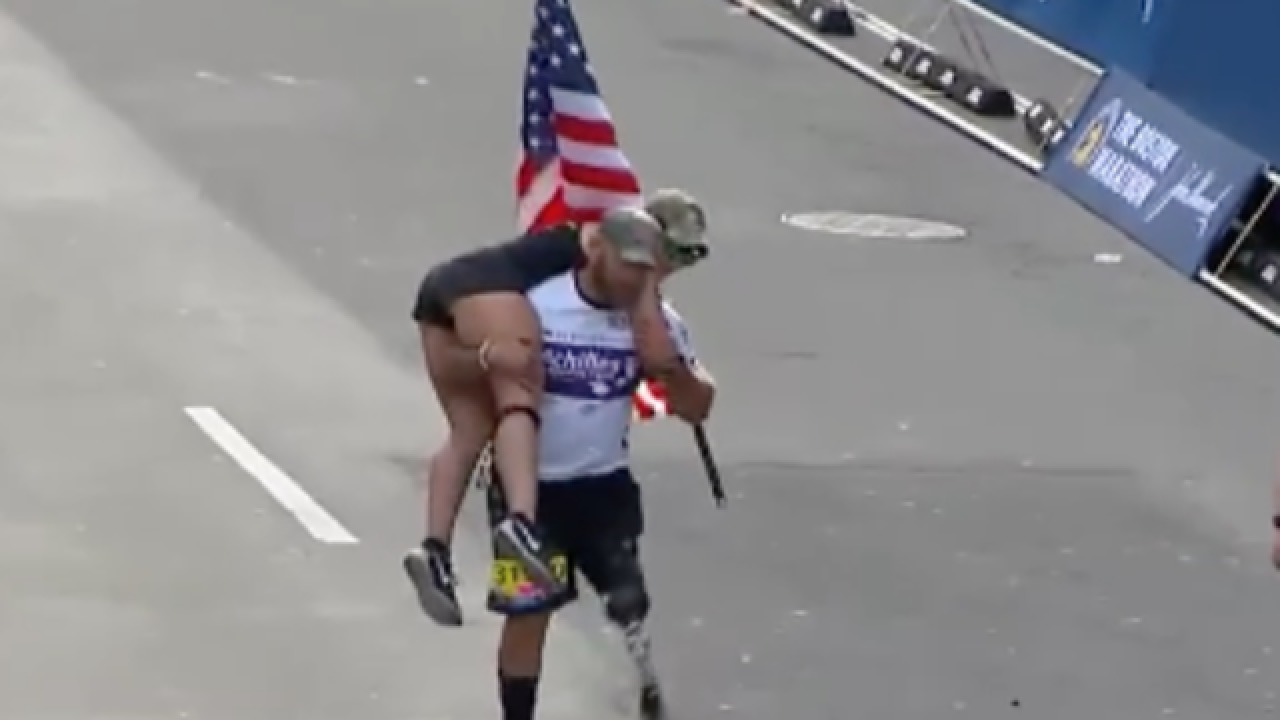 Copyright 2017 Scripps Media, Inc. All rights reserved. This material may not be published, broadcast, rewritten, or redistributed.
Facebook

BOSTON -- In an inspiring moment at Monday’s Boston Marathon, a veteran with a prosthetic leg was captured on video toting his companion and the American flag across the finish line.

Earl Granville is a nine-year veteran from the Pennsylvania Army National Guard who lost part of his leg in summer 2008 when his vehicle was damaged by a roadside bomb in Afghanistan, according to ABC affiliate WCVB in Boston.

The video had been watched more than 5 million times and shared by almost 72,000 Facebook users by Tuesday morning.