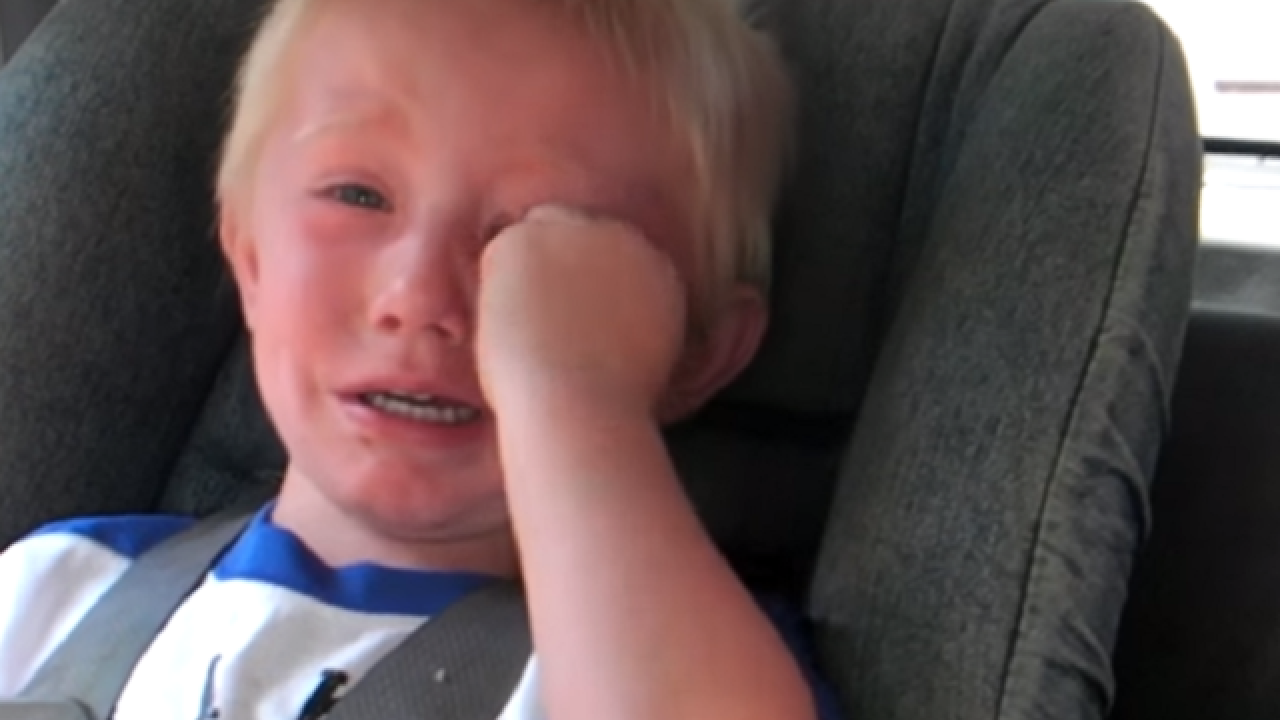 GPS systems have become somewhat essential devices in modern society, and they can be just as amusing as they can be helpful.
But they can also be quite terrifying.
Just ask Austin, a boy featured in a years-old video that’s recently gone viral on YouTube. The child, now 10, was recorded having a meltdown after his family’s GPS said “bear right.” Watch below.
The incident occurred as the family arrived at a zoo in Colorado Springs.
Confused that the instruction was a warning of a bear on the right side of the car, and realizing he was sitting on the right side, Austin fearfully tell his parents that they “have a problem.”
When his parents ask what kind of bear, Austin replies, “a bear problem!”
Though Austin’s mom repeatedly explains that there is no problem, Austin isn’t buying it. He bursts into tears next to his sister – who almost seems to be messing with him, describing the animal as “mean.”
It took a bit, but Austin eventually calmed down to the point where he agreed to get out of the car.
Since being uploaded in late march, the video – actually shot in 2009 – has attracted nearly 290,000 views.
Austin’s father, Chip Golden, said his son has embraced being a viral sensation.
"He loves it," said Golden, according to TODAY. "He's not embarrassed by it... He's showed it to his whole class!"
Scripps Only Content 2016