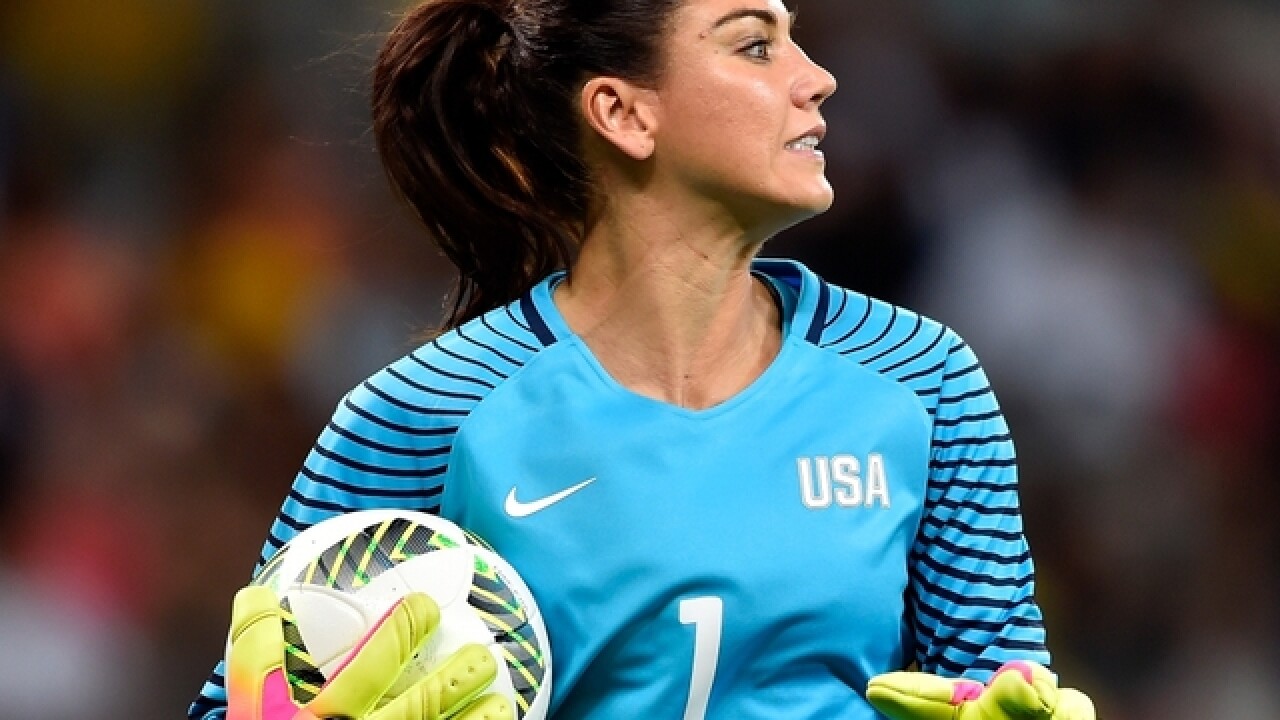 Video has surfaced showing US Women’s National Soccer Team star Hope Solo breaking down in tears after learning that she had been suspended from the team for six months.

The video, shot in conjunction with an upcoming documentary called “Keeping Score,” shows Solo sobbing and yelling after learning about her suspension and her release from US Soccer.

“Seventeen years and it’s f***ing over,” Solo is heard saying.

The USWNT handed down the suspension following comments made by Solo made after the United States was eliminated from the Olympics on penalty kicks by Sweden.

“We played a bunch of cowards. The best team did not win today. I strongly, firmly believe that,” Solo said following the game. "Sweden dropped back. They didn't want to open play. They didn’t want to pass the ball around. They didn’t want to play great soccer, entertaining soccer. It was a combative game. A physical game. Exactly what they wanted. Exactly what their game plan was. We had that style of play when (former USWNT Pia Sundhage) was our coach. I think it was very cowardly. But they won, they’re moving on. And we’re going home."

The comments were just the latest in a long string of controversy for the star keeper. In January, she earned a 30-day suspension from the USWNT following her husband’s DUI arrest, during which he reportedly “acted belligerent.” Solo is also facing domestic violence charges stemming from a 2014 incident when she allegedly attacked her half-sister and her son.

Solo also announced that she would end her season with the National Women's Soccer League side Seattle Reign on Tuesday.

The video can be viewed below.