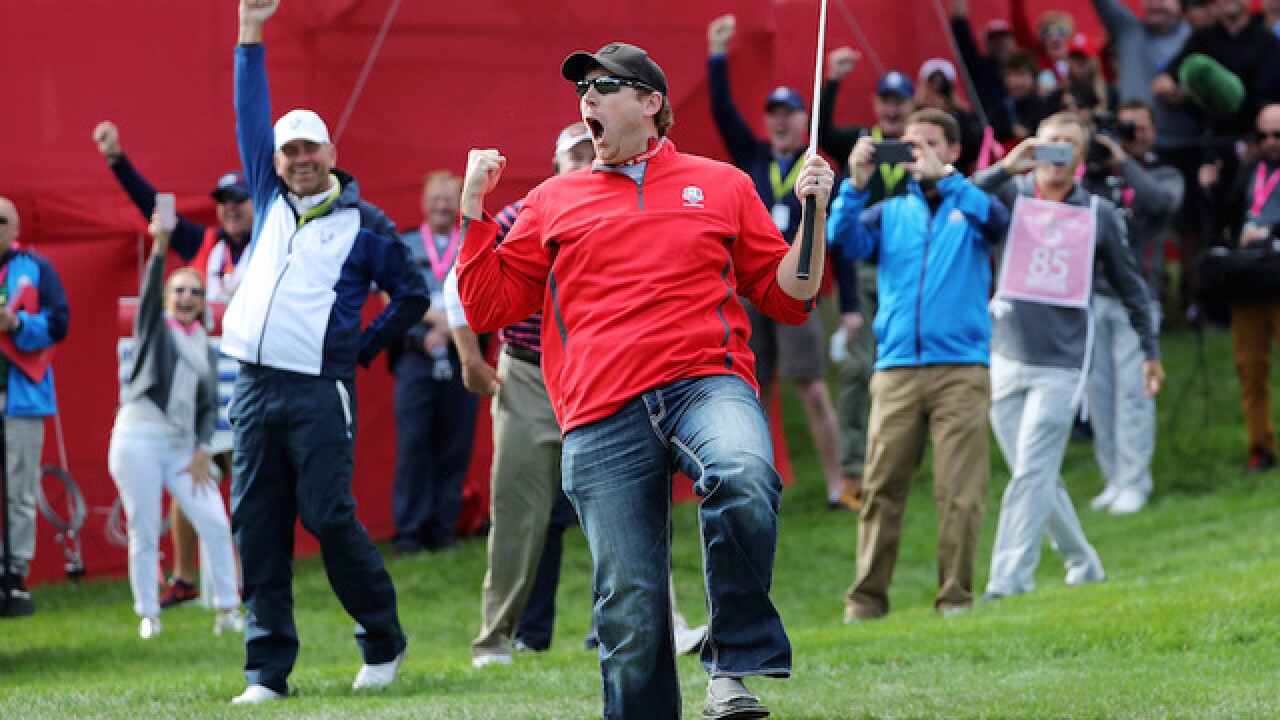 Copyright Getty Images
David Cannon
<p>CHASKA, MN - SEPTEMBER 29: Fan David Johnson of North Dakota reacts after being pulled from the crowd and making a putt on the eighth green during practice prior to the 2016 Ryder Cup at Hazeltine National Golf Club on September 29, 2016 in Chaska, Minnesota. (Photo by David Cannon/Getty Images)</p>

As the European squad finished preparations on Thursday for this weekend's Ryder Cup at Hazeltine National Golf Club in Chaska, Minnesota, Johnson heckled European golfers Justin Rose and Henrik Stenson as the two studied a putt on the green of hole No. 8.

Johnson, was then challenged by Stenson to make the 12-foot putt. Adding to the stakes, Rose laid an $100 bill on the green for Johnson.

Johnson then stepped up and drilled the putt, sending the entire crowd into a frenzy. Johnson, decked in a red jacket, blue jeans and a Minnesota Twins cap, performed a Tiger Woods-like fist pump to the delight of the crowd.

Johnson then exchanged hugs with the European squad before taking his $100 bill back to the gallery.

"Someone in the crowd said, 'I can make it,' we let him have a go," Stenson told the Golf Channel. "He came down here and all credit to him for making it."