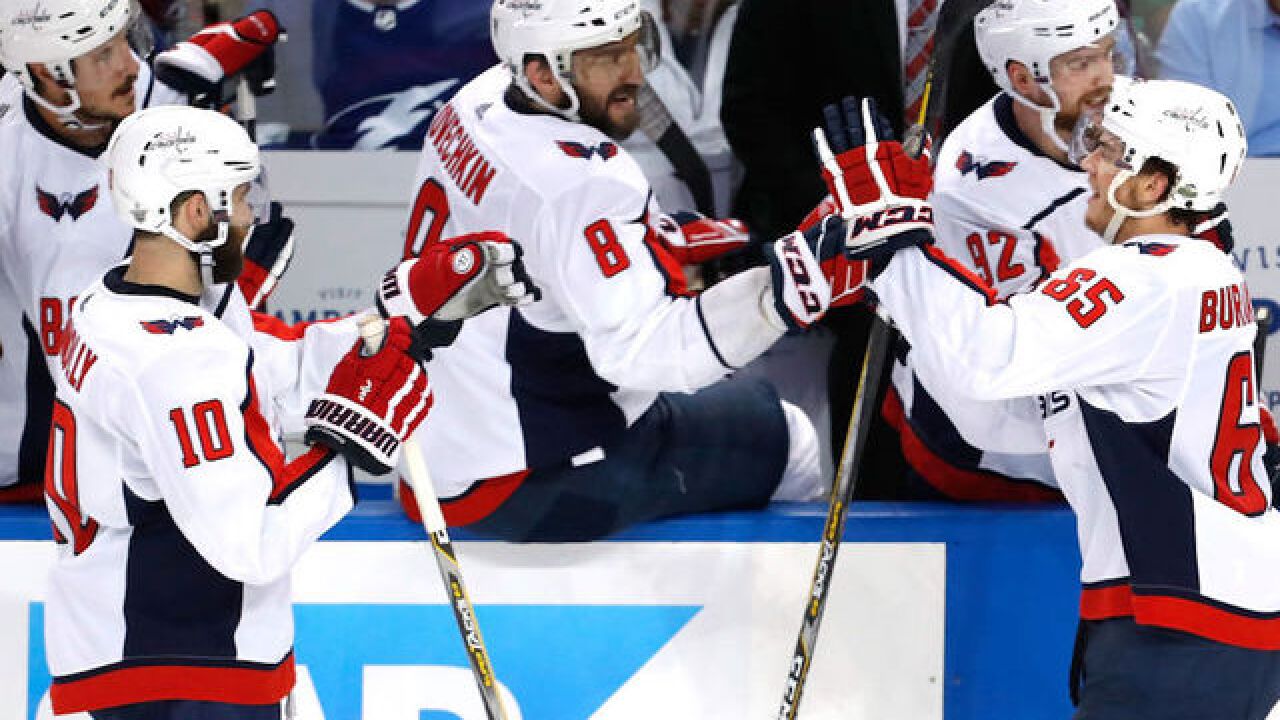 Copyright Getty Images
Mike Carlson
<p>TAMPA, FL - MAY 23: Andre Burakovsky #65 of the Washington Capitals celebrates with his teammate Alex Ovechkin #8 after scoring a goal against Andrei Vasilevskiy #88 of the Tampa Bay Lightning during the second period in Game Seven of the Eastern Conference Finals during the 2018 NHL Stanley Cup Playoffs at Amalie Arena on May 23, 2018 in Tampa, Florida. (Photo by Mike Carlson/Getty Images)</p>

Alexander Ovechkin of the Washington Capitals has been considered one of the best players in hockey for the last decade. But despite his incredible skill, he has had little to show for his success in the playoffs.

That is until this season.

Ovechkin scored the go-ahead goal in Wednesday's pivotal Game 7 matchup against the Tampa Bay Lightning. The goal ended up being the only one Washington needed in its 4-0 shutout over the Lightning to win the best-of-seven series 4-3.

The victory earns Ovechkin his first appearance in the Stanley Cup Final. It also only the second time the Capitals have reached the Final.

"I can’t explain my emotions. I am just happy for my boys. I can’t wait to come back home and play for a Stanley Cup," Ovechkin said.

It was a tough road for Washington to just its second conference title. Washington had to come from behind in all three series during the playoffs.

The road to the Stanley Cup Final was a bit easier for Vegas.

The Golden Knights clinched their spot in the Stanley Cup Final last Sunday, defeating Winnipeg for the Western Conference title. Vegas beat all odds reaching the Final, as it was the first expansion club to even reach the playoffs in the expansion era. Vegas used a hodgepodge of leftover pieces from the rest of the NHL to build a roster good enough to overpower the rest of the conference.