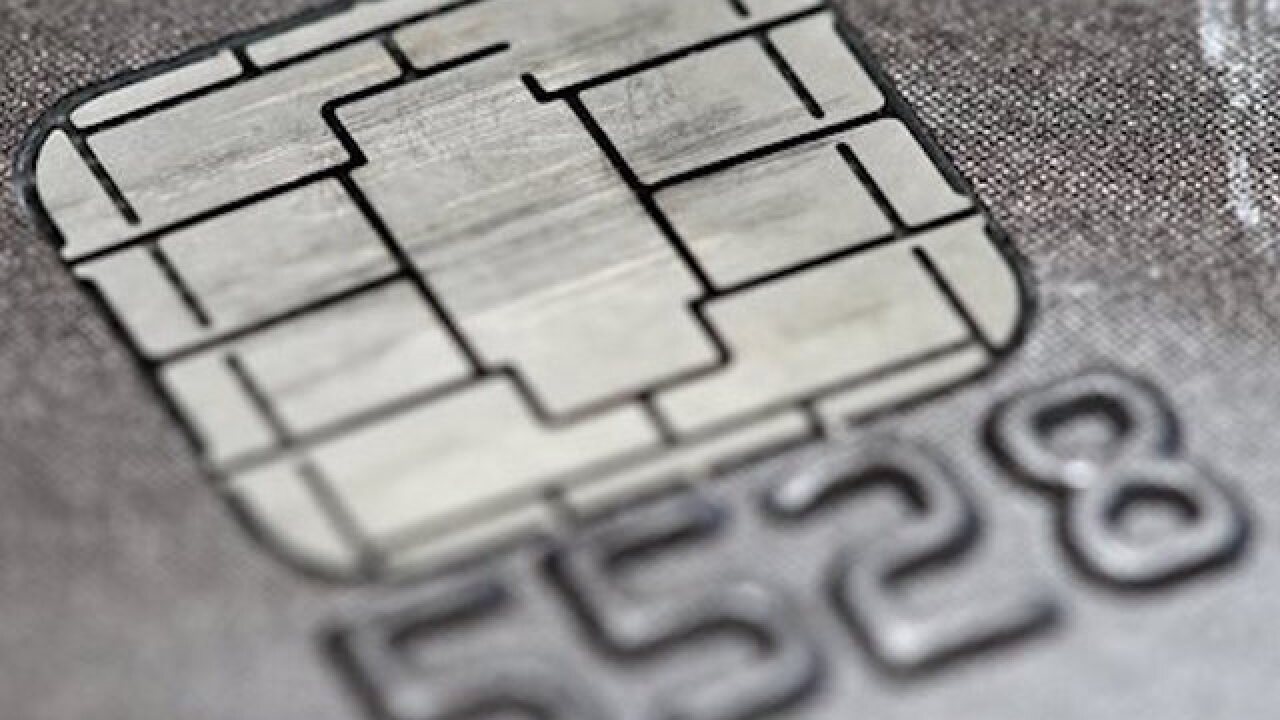 Matt Rourke
<p>FILE -This June 10, 2015 photo shows a chip credit card in Philadelphia. Visa says its improving its smart chip-embedded cards, which have been the source of grumbling from businesses and customers forced to wait for transactions to go through. The company said Tuesday, April 19, 2016 that Quick Chip for EMV will let customers dip and remove cards, usually in two seconds or less, without waiting for purchases to be finalized. (AP Photo/Matt Rourke)</p>

Visa is upgrading its software to process chip-embedded credit and debit cards to function faster — addressing a source of grumbling from businesses and customers who are often forced to wait for transactions to go through.

The company said Tuesday that its program — Quick Chip for EMV — will let customers dip and remove cards, usually in two seconds or less, without waiting for purchases to be finalized.

Though the wait can be just seconds, in today's economy of swipes and scans, the cards have been a nuisance for high traffic retailers, for example, a coffee shop during the morning rush.

"While chip cards have been adopted and generally accepted by customers, there have been some complaints the chip transactions take longer," said Stephanie Ericksen, vice president of risk products at Visa.

Visa said the upgrade will be rolled over the next six months. While it is being announced for Visa debit and credit cards only, the technology is not exclusive to Visa and could be adopted by MasterCard and American Express cards as well.

Chip cards have been used for years in Europe and many other parts of the world, making the U.S. a relatively late adopter.

Analysts say that's the main reason that roughly half of all global credit card fraud occurs in the U.S., even though the country makes up only about a quarter of all credit card transactions, according to a report by Barclays last year.

The credit card industry set a deadline of Oct. 1, 2015 for banks to issue chip-enabled cards and retailers to install and activate new terminals capable of processing chip transactions.

After that date, liability for fraudulent transactions shifted to whichever party in a transaction hadn't upgraded to the new technology. Before that, the costs always fell on the banks.

Despite that, not all retailers have been quick to adopt the change. But that's mainly been a result of a backlog in the certification process required to use the new chip software and hardware, Gartner analyst Avivah Litan said.

"Sometimes you see where they've put a piece of Scotch tape over the reader and that's because they can't accept the cards," Litan said. "And yet, meanwhile, they're stuck with the liability. It's really not fair."

Some retailers have been so frustrated by the slow certification process that they've filed suit against the credit card companies over it, she said.

Litan added that while slow chip transactions can be irritating, a retailer isn't going to shell out for the technology and then not use it. But she added that some big box retailers have created their own software with the intent of speeding up transactions.

Chips provide significantly more security than traditional magnetic strips, because rather than sending an actual card number to a retailer, the chip instead sends a unique code that's assigned to the transaction. That means that if a crook acquired that code, it couldn't be used to make another purchase.

In addition, chip cards are much harder, if not impossible, to duplicate, while magnetic cards can easily be copied. But the technology isn't perfect. Chips are no help in "card not present" transactions, such as those made online, because they still require users to enter the actual credit card number.

Visa Inc. said that more than 265 million of its credit and debit chip cards have been issued to date.