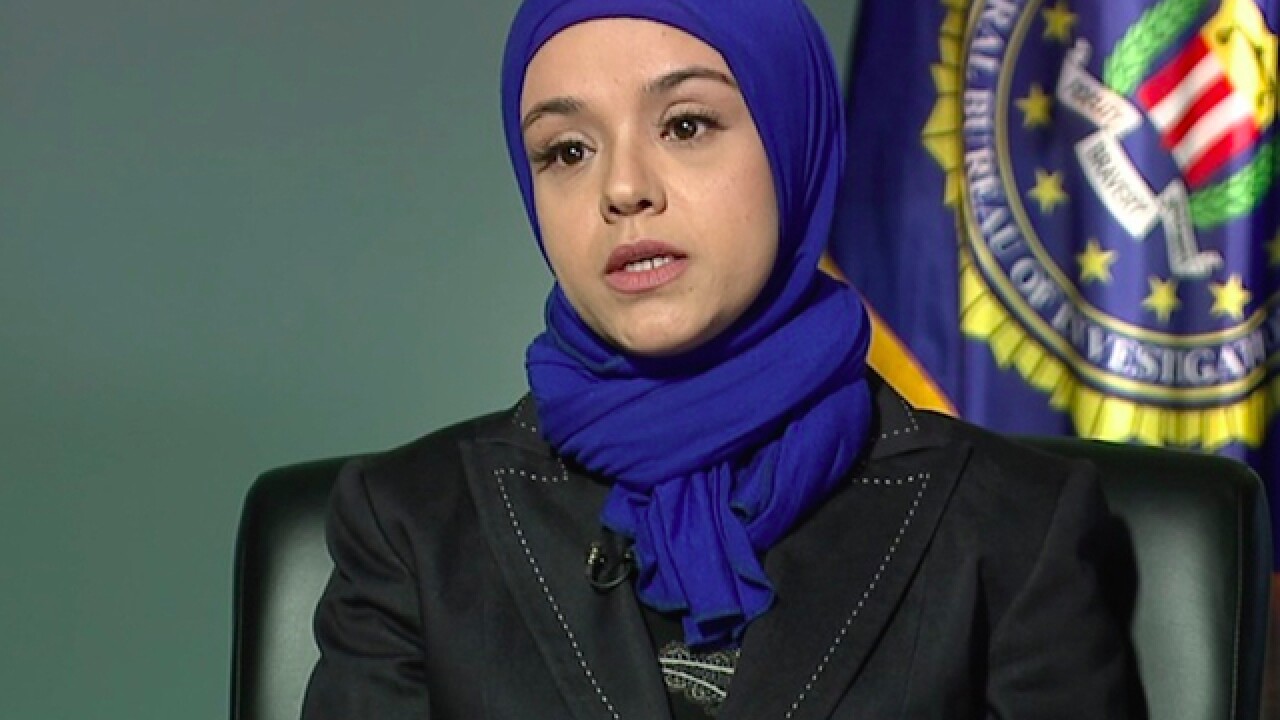 <p>Bushra Alawie, a Muslim American woman, works in the FBI's Detroit bureau and spoke to WXYZ about what it's like living in the U.S. as a Muslim.</p>

Over several weeks and through a series of short videos, 7 Action News in Detroit, Michigan explored the lives of American Muslims, focusing mostly on the Arab community in that area.

Metro Detroit has a high population of Arab Muslims, and the videos feature some of them. Local Muslim Americans talked about the prejudice they’ve had to face, the dreams they have for our country and the ongoing fear of Islam.

The series also shed light on the Muslim religion, explaining the pillars of Islam and why some women wear the traditional hijab.

Here are some of the videos in the series:

ABED HAMMOUD IS A PROUD AMERICAN, FEDERAL ATTORNEY AND MUSLIM
Hammoud came to the United States at age 24. He now works in the courtroom where he was sworn in as a citizen. He's an assistant U.S. attorney. Hammoud lives in Dearborn, Michigan and says he has faced discrimination in his American journey.

OSAMA SIBLANI IS FOUNDER OF DEARBORN'S ARAB AMERICAN NEWS
Siblani founded the Unites States' largest Arab American publication in 1984. He says while he has enjoyed success in America, he faces harassment because of his background and religion.

BUSHRA ALAWIE WORKS FOR THE FBI
Alawie served in the U.S. military in a time when the country was at war with two Muslim countries. She has Yemeni roots and is a community outreach specialist with the FBI's Detroit bureau.

MEET FATIMA SALMAN, DIRECTOR OF THE MUSLIM STUDENT ASSOCIATION
Salman leads the oldest Muslim organization in America by leading the Muslim Student Association, which is on college and high school campuses across the country. She says the community has many friends of many faiths.

DR. HALIM NAEEM IS AN ACTIVIST IN THE MUSLIM MENTAL HEALTH MOVEMENT
Naeem says he went into the field of psychology to help people. He's the former president of the Institute of Muslim Mental Health.

NAJAH BAZZY FOUNDED ZAMAN INTERNATIONAL
Bazzy is a former nurse who wanted to help marginalized women and children by providing them with essential life needs. She started the foundation in a van before moving it to an office space and eventually into the large Hope for Humanity Center in Inkster.

KASSEM ALLIE WORKS FOR ONE OF THE LARGEST MOSQUES IN THE U.S.
Allie is the executive administrator for the Islamic Center of America in Dearborn. In 2012, the center celebrated 50 years as an organization.

See more videos from the series, "Muslim American: Inside a growing Michigan community"