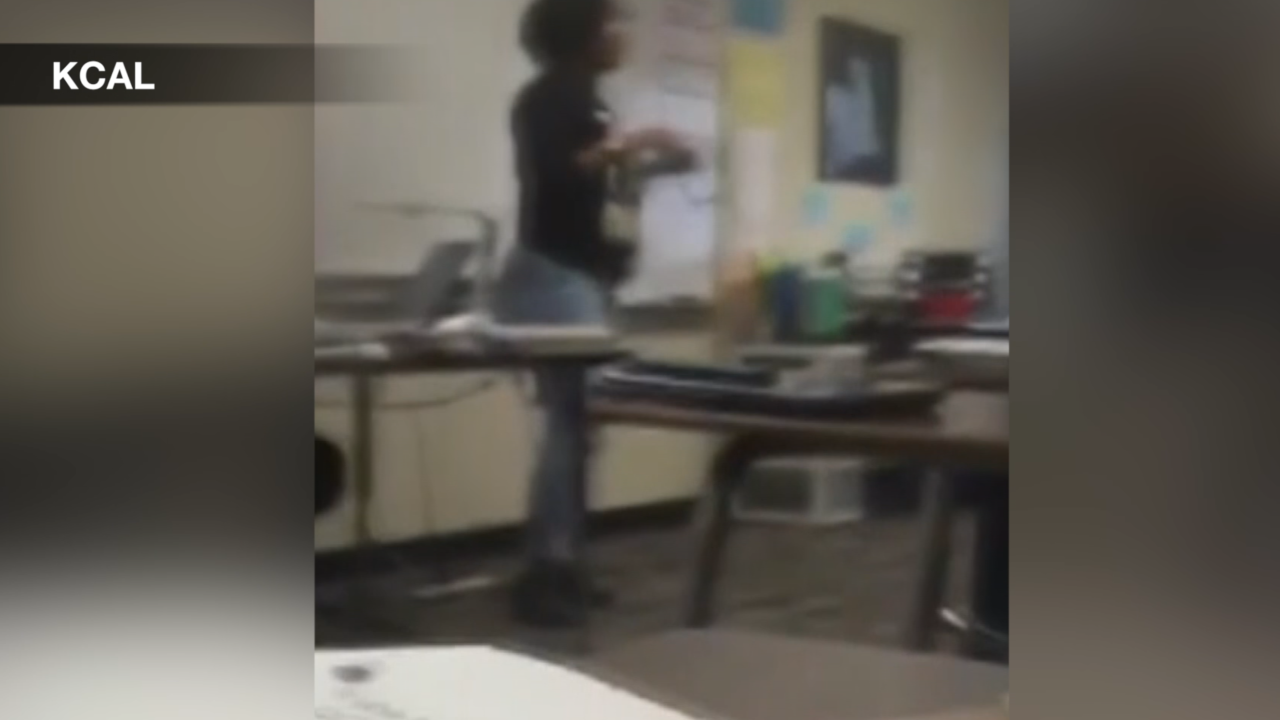 Fed up with boys bullying her daughter, a California mother confronted the 8th-grade bullies inside her daughter's classroom. Video, posted by CBS Los Angeles , showed the recorded confrontation.

Christian Tinsley says for months several boys had been bullying her daughter. She says she complained to the school, but the bullying did not stop.

“She made a comment to me that if she wasn't as strong as she was, she would have killed herself. That's when mama bear mode went into effect,” Tinsley says.

Tinsley admits she may not have handled it the best way, but she felt she needed to take action.

“Sometimes you have to decide if you're willing to go a step further and deal with any consequences, and I was prepared for that because my daughter is number one,” Tinsley says.

Donna Clark Love, an expert on bullying, says she has compassion and empathy for Tinsley. However, she worries the mother's actions could end up making it worse for her daughter.

Clark Love says if parents feel a school is not doing enough, they should not confront students, but they should instead address the issue directly with the principal.

“Unless this stops today and you do more, I’m going to the superintendent. I will go to the press. I will do whatever I need to do,” Clark Love suggests parents say.

The sheriff's office has now been asked to investigate the case.