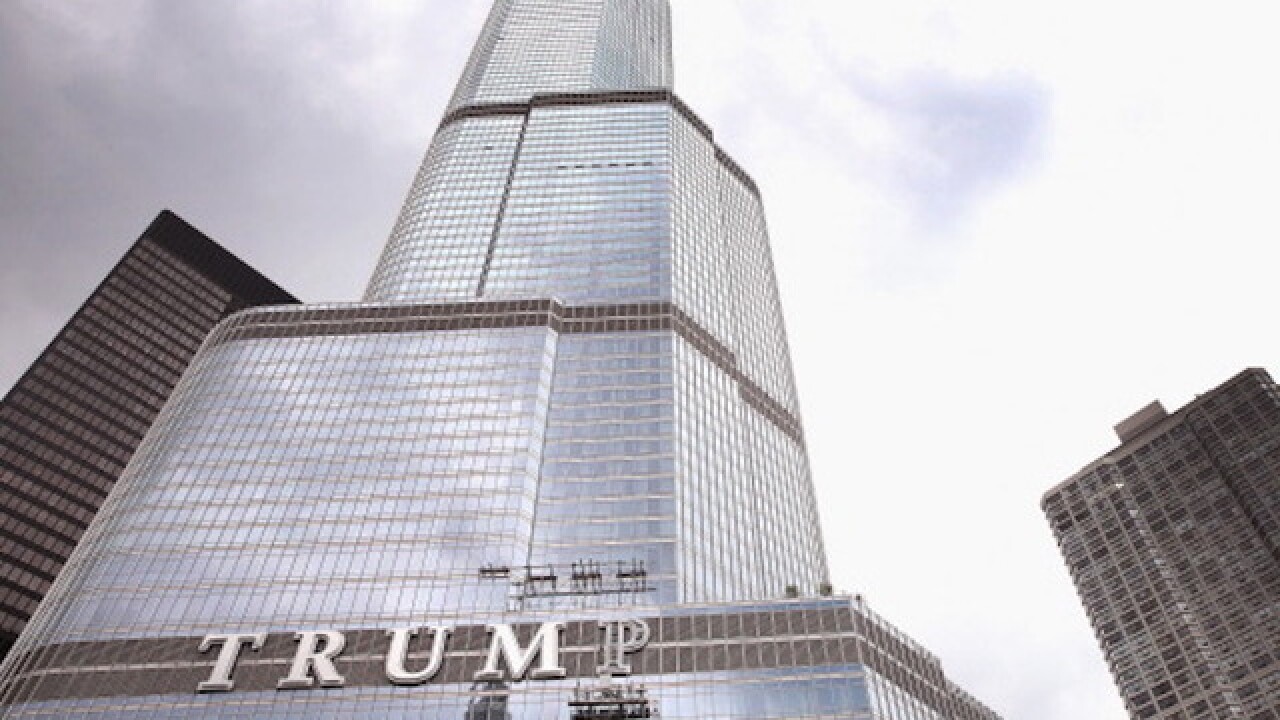 Scott Olson
<p>CHICAGO, IL - JUNE 12: Workers install the final letter for a giant TRUMP sign on the outside of the Trump Tower on June 12, 2014 in Chicago, Illinois. Many in the city are opposed to the sign including Mayor Rahm Emanuel who has called it tacky and tasteless. (Photo by Scott Olson/Getty Images)</p>

As Donald Trump cruised to an easy victory in Illinois, weather made things difficult for the Prarie State. A line of severe storms ripped through the Chicagoland area on Tuesday night, including wind gusts over 70 mph, large hail, heavy rain and even a possible tornado.

This was the tornado as seen from New Berlin today. Big thank you to MerryAnne Suttill for sharing. pic.twitter.com/EpPzoAmxUq

But soon after it was projected that the New York businessman had won the state's primary and would take 49 of the state's 69 delegates, Instagram user @mrmikeyv captured a bolt lightning striking Trump's skyscraper in downtown Chicago.

A video posted by @mrmikeyv on

The user who took the ominous video called the strike "ironic."

The Trump International Hotel and Tower is the second tallest building in Chicago behind the Willis Tower. It stands at 1,388 feet.