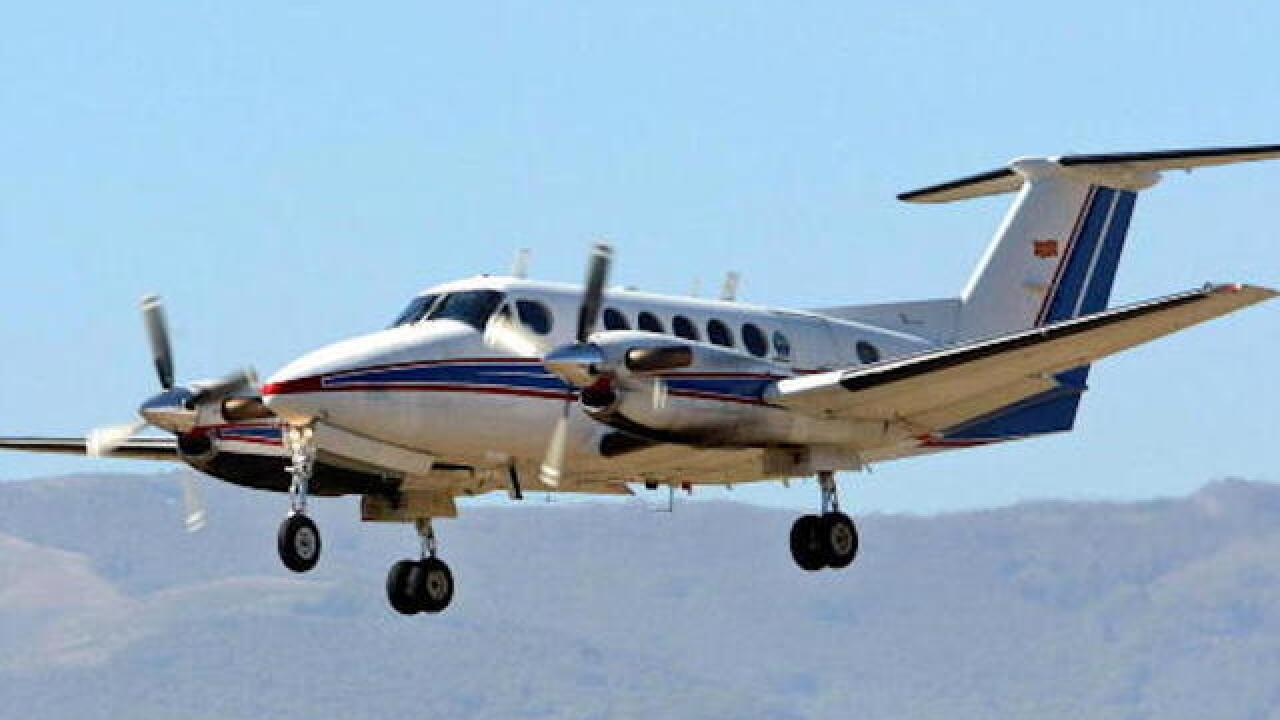 Copyright Getty Images
ROBERT ATANASOVSKI
<p>KUMANOVO, MACEDONIA: A 2003 file picture shows Macedonian presidential plane King Air B-200 during an aerial show in Kumanovo, northern Macedonia. This plane crashed while carrying President Boris Trajkovski and a total of eight other people in Southern Bosnia in the early morning hours 26 Ferbruary 2004. The crash coincided with the ceremony in Dublin where Macedonia was to apply to join the EU. Prime-minister Crvenkovski was chosen to fly to Dublin, while Trajkovski left on a two-day conference to Bosnia. The ceremony in Dublin was postponed. AFP PHOTO/ROBERT ATANASOVSKI </p>

The pilot inside of a King Air B200 had a scary finish to a flight on Wednesday when the plane landed without its front landing gear on the runway of Will Rodgers World Airport near Oklahoma City.

According to KFOR-TV, the pilot alerted air traffic controllers at the airport that he was going to make a landing at the airport. The pilot then put the plane down using the rear wheels.

KFOR-TV said that the pilot, who was not injured, was the plane's only passenger.

After the plane came to a stop, some smoke came from the plane. Fortunately, the pilot was able to escape through the rear of the plane.