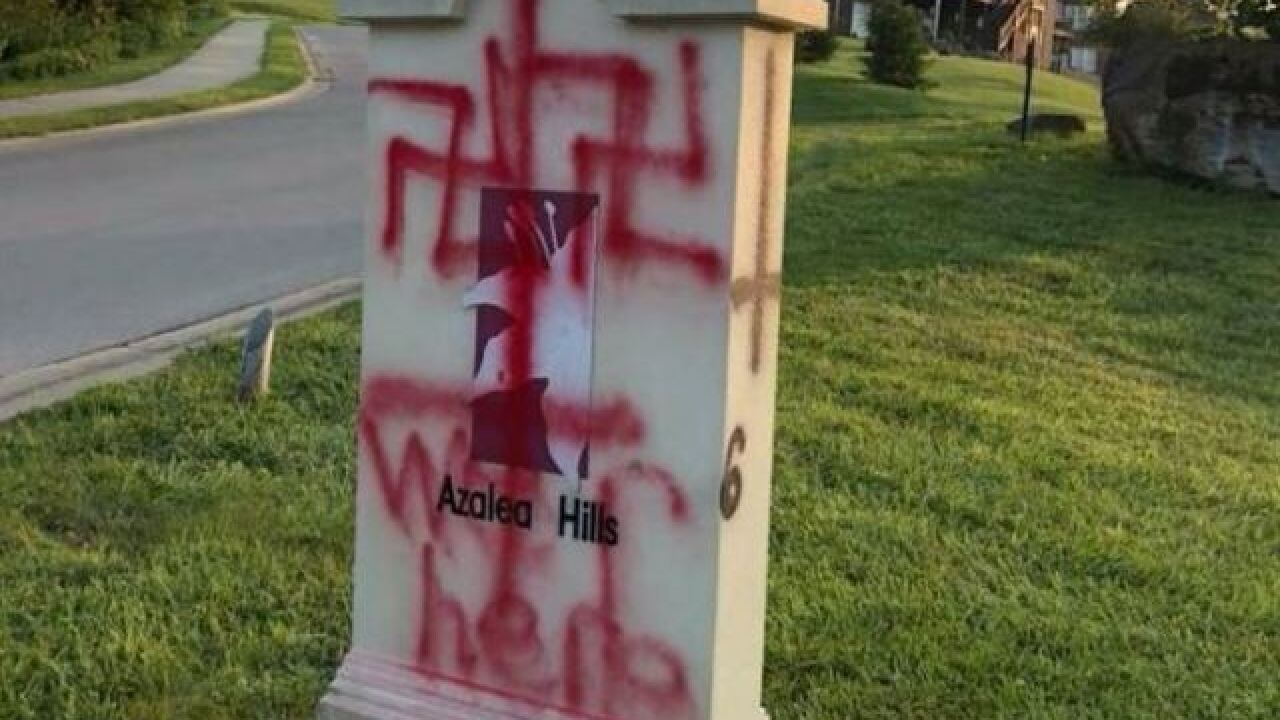 FLOYD COUNTY, Ind. -- The sheriff's department is investigating after vandals left anti-Semitic graffiti in several locations in Floyd County over the weekend.

The Jewish Community Relations Council shared an image of the vandalism at the Azalea Hills retirement community Monday evening.

“The JCRC condemns the anti-Semitic and homophobic vandalism perpetrated against the Azalea Hills retirement community in Floyd Knobs, Indiana,” the group said in a post on their page Tuesday.

The Floyd County Sheriff told WHAS-TV that they believe a group of teens was responsible for the vandalism and they do not believe it was targeted at anyone in particular.

That same night, deputies found damage to several other areas in town including anti-Semitic graffiti on a school bus, damaged mailboxes and an overturned sheriff’s department trailer.

“It’s damage to personal property, that’s the issue,” Sheriff Frank Loop said. “It’s not about any kind of hate crimes or anything like that.”

The vandalism at Azalea Hills was cleaned up by Tuesday afternoon.

The incident comes just a month after anti-Semitic graffiti was found at a Carmel synagogue, prompting Indiana's Governor Eric Holcomb to push for a hate crime law in Indiana. The Hoosier state is one of only five states in the country that does not currently have a hate crime law on the books.

So far no arrests have been made.