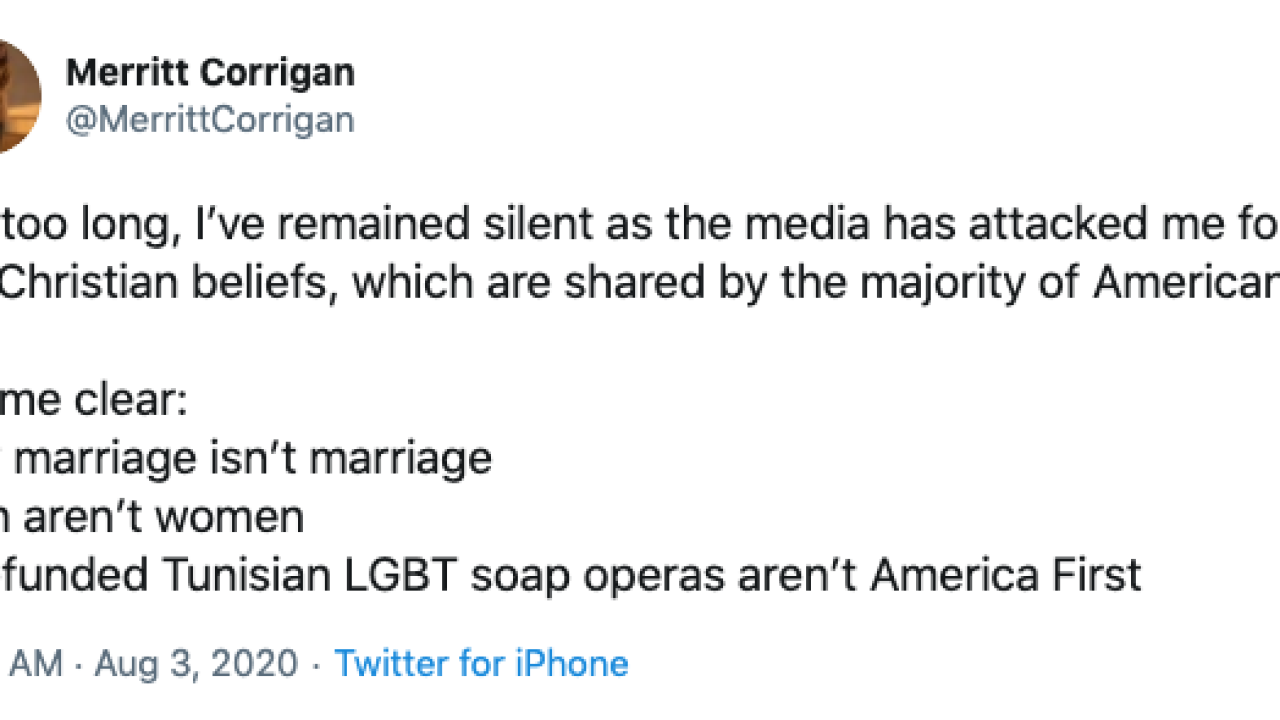 WASHINGTON (AP) — The deputy White House liaison for the U.S. Agency for International Development has been fired for posting a series of anti-LGBTQ tweets and complaining of anti-Christian bias by her now former colleagues.

Officials say Merritt Corrigan was fired Monday just hours after sending the torrent of tweets that also accused Democratic lawmakers of a “corrupt campaign” to oust her from her job.

A USAID spokeswoman confirmed that Corrigan was no longer employed by the agency.

On Monday, Corrigan took to Twitter to say that “gay marriage isn't marriage" and accuse the media of attacking her for her Christian beliefs.

For too long, I’ve remained silent as the media has attacked me for my Christian beliefs, which are shared by the majority of Americans

I’m not cis-anything. I’m a woman.

She also tweeted that there would be a press conference on Thursday with more information.

On Thursday at 1:00 PM I will be holding a press conference with Project 1599 to discuss the rampant anti-Christian sentiment at USAID