US newsrooms to Trump: We're not enemies of the people 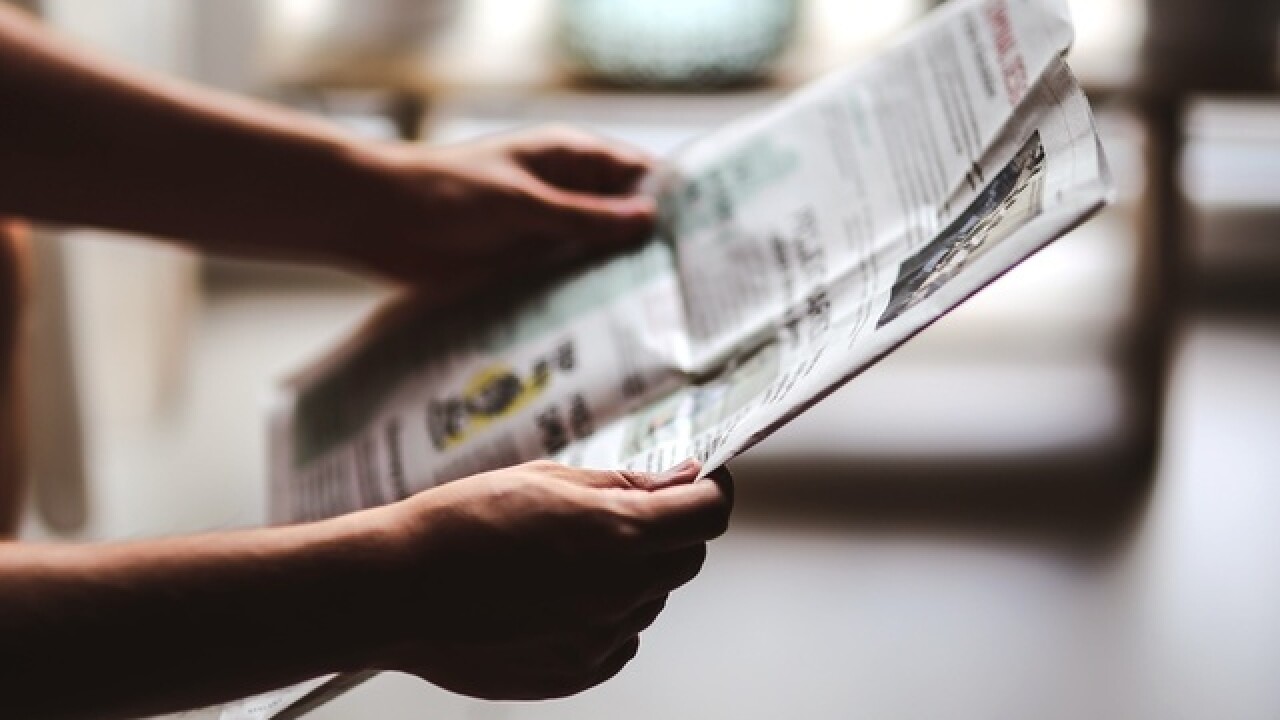 NEW YORK (AP) -- The nation's newsrooms are pushing back against President Donald Trump with a coordinated series of newspaper editorials condemning his attacks on "fake news" and suggestion that journalists are the enemy.

The Boston Globe invited newspapers across the country to stand up for the press with editorials on Thursday, and several began appearing online a day earlier. Nearly 350 news organizations have pledged to participate, according to Marjorie Pritchard, op-ed editor at the Globe.

In St. Louis, the Post-Dispatch called journalists "the truest of patriots." The Chicago Sun-Times said it believed most Americans know that Trump is talking nonsense. The Fayetteville, N.C. Observer said it hoped Trump would stop, "but we're not holding our breath."

"Rather, we hope all the president's supporters will recognize what he's doing -- manipulating reality to get what he wants," the North Carolina newspaper said.

Some newspapers used history lessons to state their case. The Elizabethtown Advocate in Elizabethtown, Penn., for instance, compared free press in the United States to such rights promised but not delivered in the former Soviet Union.

That last sentiment made some journalists skittish. The Wall Street Journal, which said it was not participating, noted in a column by James Freeman that the Globe's effort ran counter to the independence that editorial boards claim to seek. Freeman wrote that Trump has the right to free speech as much as his media adversaries.

"While we agree that labeling journalists the 'enemy of the American people' and journalism 'fake news' is not only damaging to our industry but destructive to our democracy, a coordinated response from independent --dare we say 'mainstream'-- news organizations feeds a narrative that we're somehow aligned against this Republican president," the Baltimore Sun wrote.

Still, the Sun supported the effort and also noted the deaths of five Capital Gazette staff members at the hands of a gunman in nearby Annapolis, Maryland.

The Radio Television Digital News Association, which represents more than 1,200 broadcasters and web sites, is also asking its members to point out that journalists are friends and neighbors doing important work holding government accountable.

"I want to make sure that it is positive," said Dan Shelley, the group's executive director. "We're shooting ourselves in the foot if we make this about attacking the president or attacking his supporters."

It remains unclear how much sway the effort will have. Newspaper editorial boards overwhelmingly opposed Trump's election in 2016. Polls show Republicans have grown more negative toward the news media in recent years: Pew Research Center said 85 percent of Republicans and Republican-leaning independents said in June 2017 that the news media has a negative effect on the country, up from 68 percent in 2010.

Still, newsrooms are trying to convince them otherwise.

"We are not the enemy," declared the Mercury News in San Jose, California.