US attorney investigating Trump allies refuses to step down 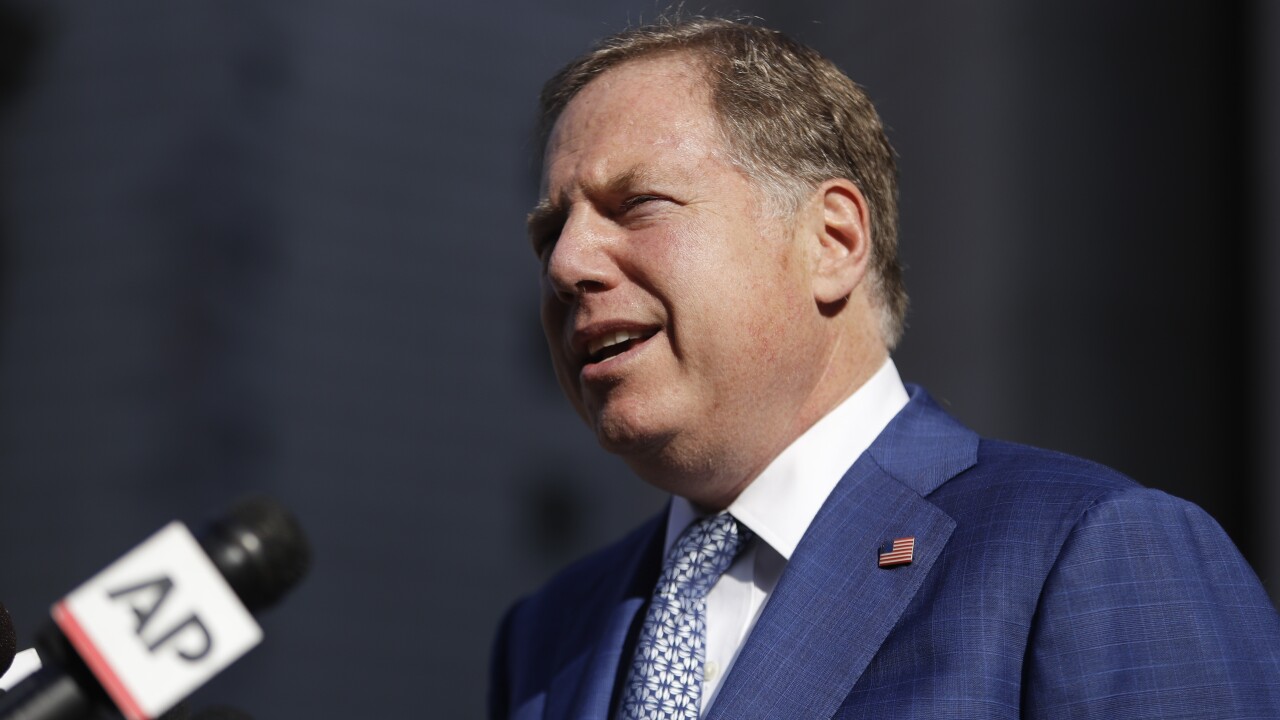 Copyright 2019 The Associated Press. All rights reserved.
Frank Franklin II/AP
Geoffrey S. Berman, U.S. Attorney for the Southern District of New York, speaks during a news conference in front of federal court after former U.S. Rep. Chris Collins pleaded guilty Tuesday, Oct. 1, 2019, in New York. Collins pleaded guilty in an insider trading case, a day after he resigned from Congress and set off a scramble to fill his seat in his Republican-leaning district. (AP Photo/Frank Franklin II)

Attorney General William Barr said tonight that the U.S. attorney who oversaw key prosecutions of allies of President Donald Trump and an investigation into Trump’s personal lawyer Rudy Giuliani is resigning from his post. But Geoffrey Berman said he has no plans of stepping down as the U.S. attorney for the Southern District of New York.

Barr says Trump intends to nominate Jay Clayton, the chair of the Securities and Exchange Commission, to the post. Barr says the U.S. attorney in New Jersey, Craig Carpenito, will serve as the acting U.S. attorney in Manhattan, beginning July 3.

Berman said he learned of tonight's news in a press release by the Department of Justice.

"I have not resigned, and have no intention of resigning, my position, to which I was appointed by the Judges of the United States District Court for the Southern District of New York," Berman said in a statement. " I will step down when a presidentially appointed nominee is confirmed by the Senate. Until then, our investigations will move forward without delay or interruption. I cherish every day that I work with the men and women of this Office to pursue justice without fear or favor — and intend to ensure that this Office's important cases continue unimpeded."

Clayton has served as a corporate lawyer for a number of firms, most notably Deutsche Bank, which has been investigated by the SDNY for its loans to Trump. Deutsche Bank reportedly loaned money to Trump when other banks would not.

"For the past three years, Jay has been an extraordinarily successful SEC Chairman, overseeing efforts to modernize regulation of the capital markets, protect Main Street investors, enhance American competitiveness, and address challenges ranging from cybersecurity issues to the COVID-19 pandemic," Barr said in a statement. "His management experience and expertise in financial regulation give him an ideal background to lead the United States Attorney’s Office for the Southern District of New York, and he will be a worthy successor to the many historic figures who have held that post."