US announces billions to help farmers hurt by Trump tariffs 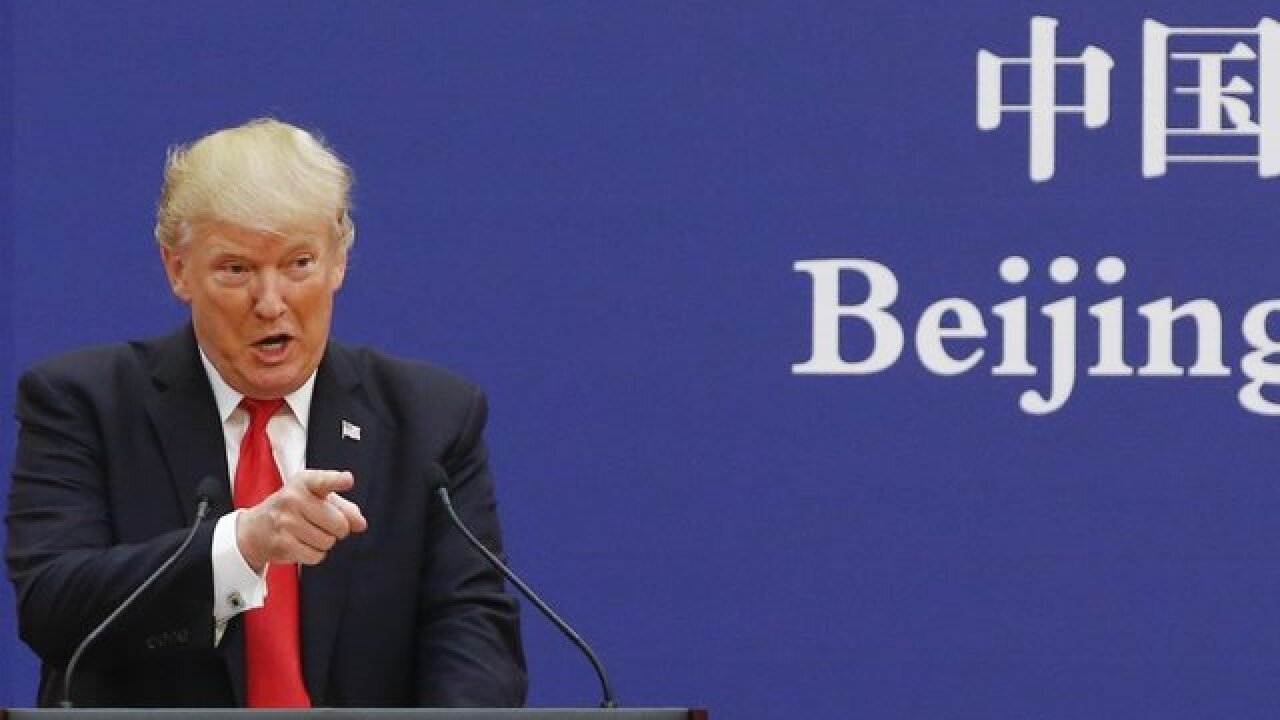 WASHINGTON (AP) -- The Trump administration announced Tuesday it will provide $12 billion in emergency relief to ease the pain of American farmers slammed by President Donald Trump's escalating trade disputes with China and other countries.

However, some farm-state Republicans quickly dismissed the plan, declaring that farmers want markets for their crops, not payoffs for lost sales and lower prices.

The Agriculture Department said it would tap an existing program to provide billions in direct payments to farmers and ranchers hurt by foreign retaliation to Trump's tariffs.

With congressional elections coming soon, the government action underscored administration concern about damage to U.S. farmers from Trump's trade tariffs and the potential for losing House and Senate seats in the Midwest and elsewhere.

The administration said the program was just temporary.

"This is a short-term solution that will give President Trump and his administration the time to work on long-term trade deals," said Agriculture Secretary Sonny Perdue as administration officials argued that the plan was not a "bailout" of the nation's farmers.

But that provided little solace to rank-and-file Republicans, who said the tariffs are simply taxes and warned the action would open a Pandora's box for other sectors of the economy.

"I want to know what we're going to say to the automobile manufacturers and the petrochemical manufacturers and all the other people who are being hurt by tariffs," said Sen. John Kennedy, R-La. "You've got to treat everybody the same."

Sen. Ben Sasse, R-Neb., said the plan would spend billions on "gold crutches," adding, "America's farmers don't want to be paid to lose -- they want to win by feeding the world. This administration's tariffs and bailouts aren't going to make America great again, they're just going to make it 1929 again."

The program is expected to start taking effect around Labor Day. Officials said the direct payments could help producers of soybeans, which have been hit hard by retaliation to the Trump tariffs, along with sorghum, corn, wheat, cotton, dairy and farmers raising hogs.

The food purchased from farmers would include some types of fruits, nuts, rice, legumes, dairy products, beef and pork, officials said.

Trump did not specifically reference the plan during a speech to veterans in Kansas City, but asked for patience as he attempts to renegotiate trade agreements that he said have hurt American workers.

"We're making tremendous progress. They're all coming. They don't want to have those tariffs put on them," Trump told the Veterans of Foreign Wars national convention. "We're opening up markets. You watch what's going to happen. Just be a little patient."

Agriculture officials said they would not need congressional approval and the money would come through the Commodity Credit Corporation, a wing of the department that addresses agricultural prices.

The officials said payments couldn't be calculated until after harvests come in. Brad Karmen, the USDA's assistant deputy administrator for farm programs, noted that the wheat harvest is already in, so wheat farmers could get payments sooner than other growers.

Soybeans are likely to be the largest sector affected by the programs. Soybean prices have plunged 18 percent in the past two months.

Trump declared earlier Tuesday that "Tariffs are the greatest!" and threatened to impose additional penalties on U.S. trading partners as he prepared for negotiations with European officials at the White House.

Tariffs are taxes on imports. They are meant to protect domestic businesses and put foreign competitors at a disadvantage. But the taxes also exact a toll on U.S. businesses and consumers, which pay more for imported products.

The Trump administration has slapped tariffs on $34 billion in Chinese goods in a dispute over Beijing's high-tech industrial policies. China has retaliated with duties on soybeans and pork, affecting Midwest farmers in a region of the country that supported the president in his 2016 campaign.

Trump has threatened to place penalty taxes on up to $500 billion in products imported from China, a move that would dramatically ratchet up the stakes in the trade dispute involving the globe's biggest economies.

The moves have been unsettling to lawmakers with districts dependent upon manufacturers and farmers affected by the retaliatory tariffs.

Sen. Bob Corker, R-Tenn., who has been critical of the president in the past, said the tariffs "are a massive tax increase on American consumers and businesses, and instead of offering welfare to farmers to solve a problem they themselves created, the administration should reverse course and end this incoherent policy."

Republican Sen. Charles Grassley, whose family operates a farm in eastern Iowa, said the administration's move was "encouraging for the short term" but farmers needed "markets and opportunity, not government handouts."

The Agriculture Department predicted before the trade fights that U.S. farm income would drop this year to $60 billion, or half the $120 billion of five years ago.

Mark Martinson, who raises crops and cattle in north-central North Dakota and is president of the U.S. Durum Growers Association, said the $12 billion figure "sounds huge" but there are many farmers in need. "I don't think this will cover us for a very long time -- and it might not even buy me a tank of diesel. I think it will only put out the fire a little bit."

"We are just kind of being played," added Tom Giessel, who was cultivating his fields when he stopped his tractor to take a cell phone call from a reporter seeking his reaction to the plan.

Giesse, who grows wheat and corn near the western Kansas community of Larned, said he was "glad they are trying to be doing something, but I don't know when the day is over how much difference it is going to make. The underlying problem is still there."

The imposition of punishing tariffs on imported goods has been a favored tactic by Trump, but it has prompted U.S. partners to retaliate, creating risks for the economy.

Trump has placed tariffs on imported steel and aluminum, saying they pose a threat to U.S. national security, an argument that allies such as the European Union and Canada reject. He has also threatened to slap tariffs on imported cars, trucks and auto parts, potentially targeting imports that last year totaled $335 billion.

The president is meeting with European Commission President Jean-Claude Juncker on Wednesday. The U.S. and its European allies are meeting as the dispute threatens to spread to automobile production.