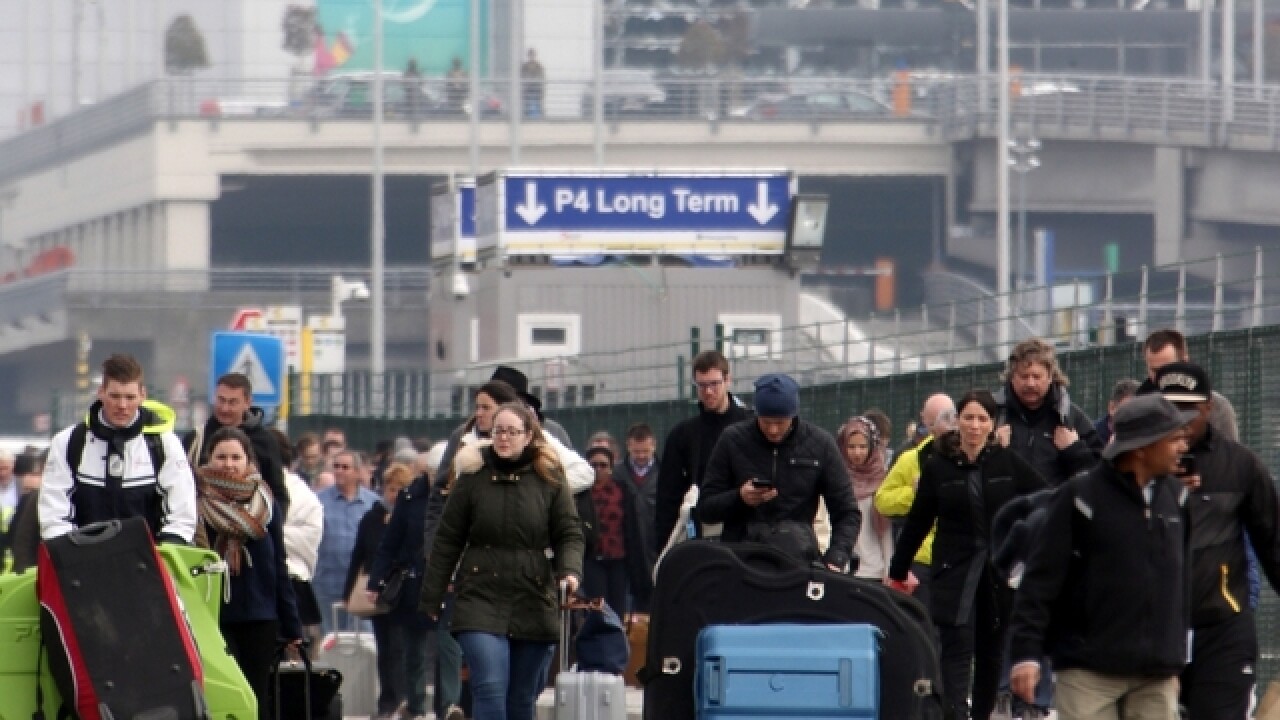 WASHINGTON (AP) — An Air Force officer and his family were injured in the Brussels attacks, U.S. officials said Tuesday, as more details began to surface about Americans hurt in the bomb blasts that killed at least 31 and wounded dozens.

U.S. European Command said it would not release details of the service member's injuries or the number of family members involved, due to privacy concerns. But U.S. officials confirmed the officer was a lieutenant colonel. The officials spoke on condition of anonymity because they weren't authorized to discuss the details publicly.

European Command said that it is continuing to confirm the safety of U.S. military personnel and families in the region, including those who may be there on vacation or official travel.

The injuries bring the total to at least four Americans who were hurt in the explosions that ripped through the Brussels Airport and a metro station Tuesday. Mormon church officials said three missionaries from Utah were seriously injured in the airport attack and have been hospitalized.

The Islamic State militant group has claimed responsibility for the attack.