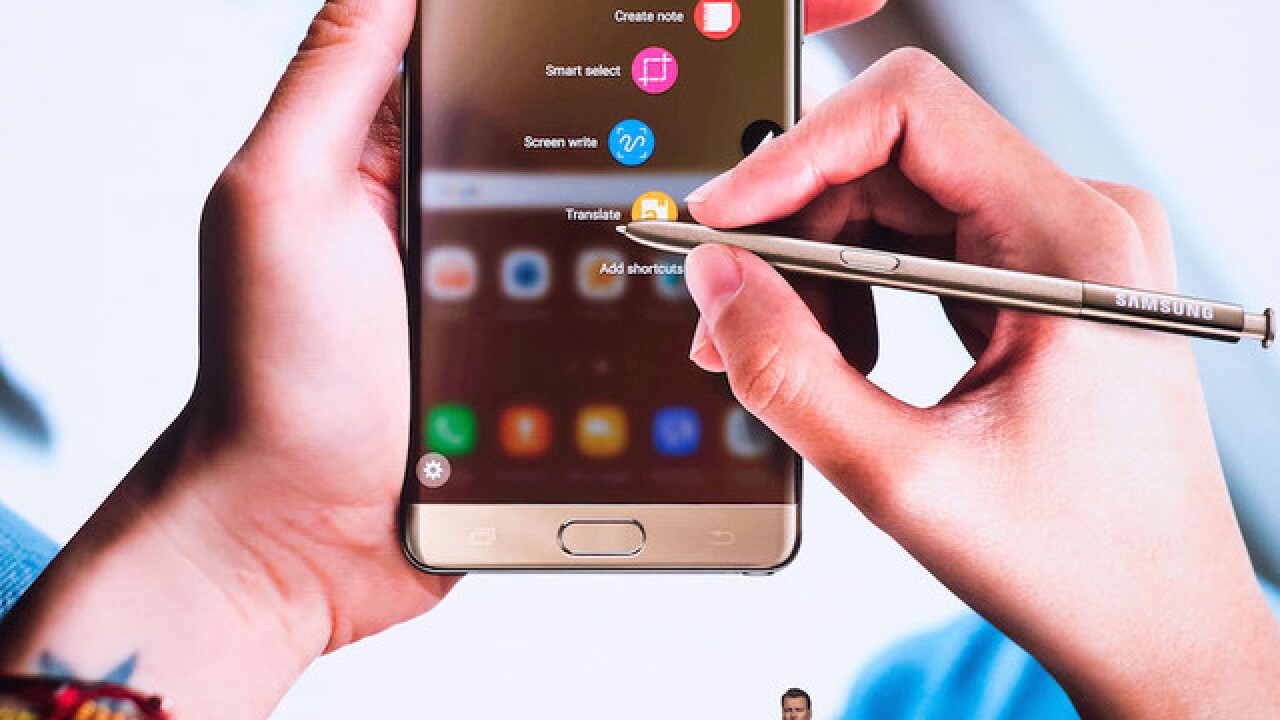 NEW YORK (AP) — The U.S. Consumer Product Safety Commission says owners of the Galaxy Note 7 smartphones should turn them off and stop using them because of the risk that their batteries can explode.

The agency said Friday that it's working with Samsung on an official recall of the phones "as soon as possible" and that it's trying to figure out if the company's replacement Note 7s are an "acceptable remedy."

Samsung last week began a global recall for the phone, just two weeks after its launch, because of the risk of them catching fire or exploding. At the time, Samsung said it had confirmed 35 instances of the problem, out of 2.5 million phones sold. The company did not say last week whether users should stop using the phones, and said new phones would be available in about two weeks.

But in a statement Friday, Samsung Electronics America asked Note 7 owners to shut off their phones and exchange them now for another device. The company says new Note 7 phones will not be available until after the CPSC finishes its "process," but owners can exchange the Note 7s now for a different model.

U.S. aviation safety officials also on Thursday took the unusual step of warning airline passengers not to turn on or charge the phone during flights, or put them in checked bags.

The recall comes at a crucial time for Samsung, as its rival Apple just announced its own latest versions of the iPhone. The Note series is one of Samsung's most expensive, and demand for the phone had been high.

Click here to read the full statement from the CPSC.