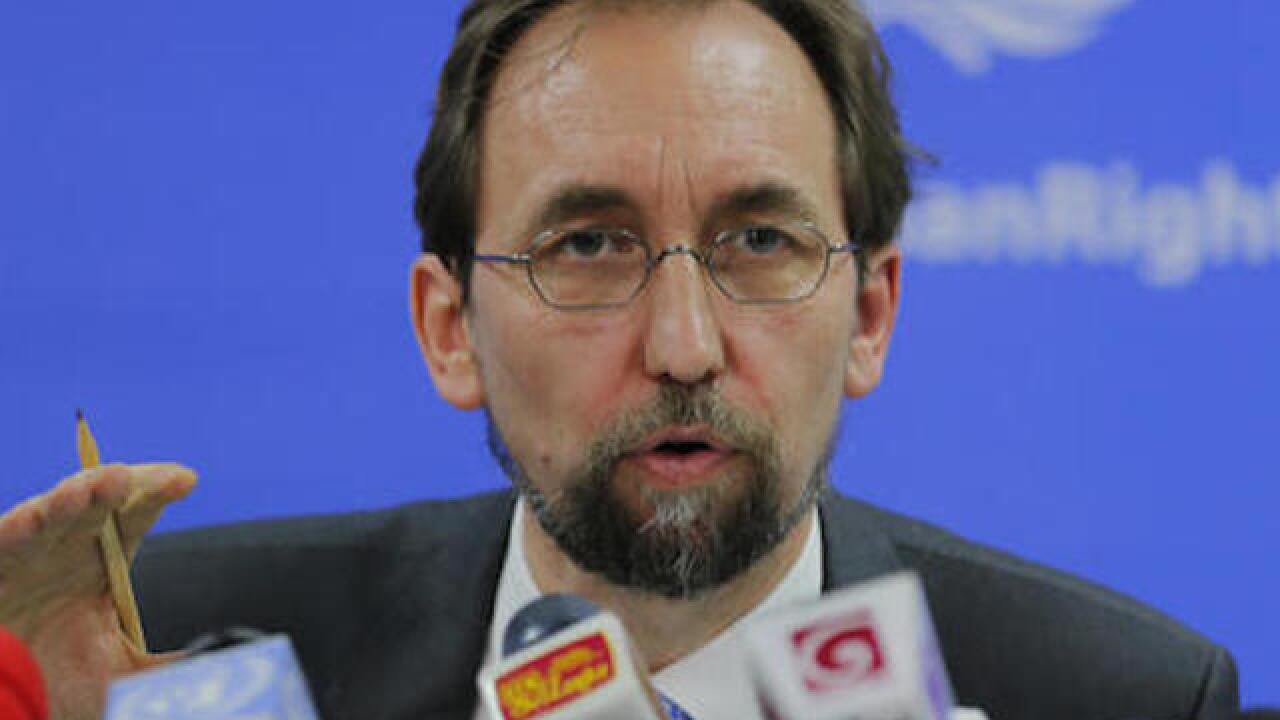 GENEVA (AP) — U.S. presidential candidate Donald Trump would be "dangerous from an international point of view" if he is elected, the U.N. human rights chief said Wednesday.

Zeid Ra'ad al-Hussein says some comments by the Republican nominee are "deeply unsettling and disturbing to me," particularly on torture and about "vulnerable communities."

Zeid, a Jordanian prince, also told reporters he doesn't plan to tone down his recent remarks decrying dangers posed by "populists and demagogues."

On the U.S. election, Zeid said: "If Donald Trump is elected, on the basis of what he has said already and unless that changes, I think it's without any doubt that he would be dangerous from an international point of view."

"Clearly I am not keen or intent on interfering in any political campaign within any particular country, but where the comments point to a potential — depending on the results of the election — for an increase in, for instance, the use of torture, which is prohibited under the Convention against Torture, or the focus on vulnerable communities in a way that suggests that they may well be deprived of their rights, their human rights, then I think it is incumbent to say so," Zeid said.