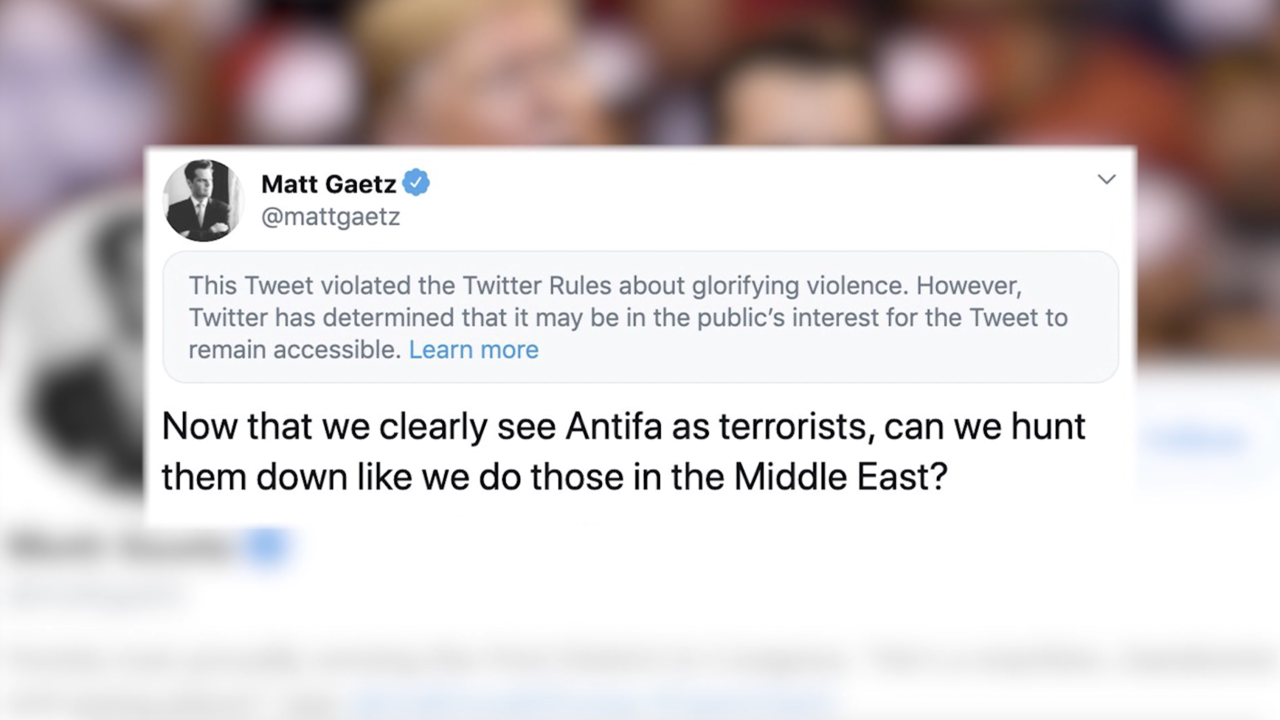 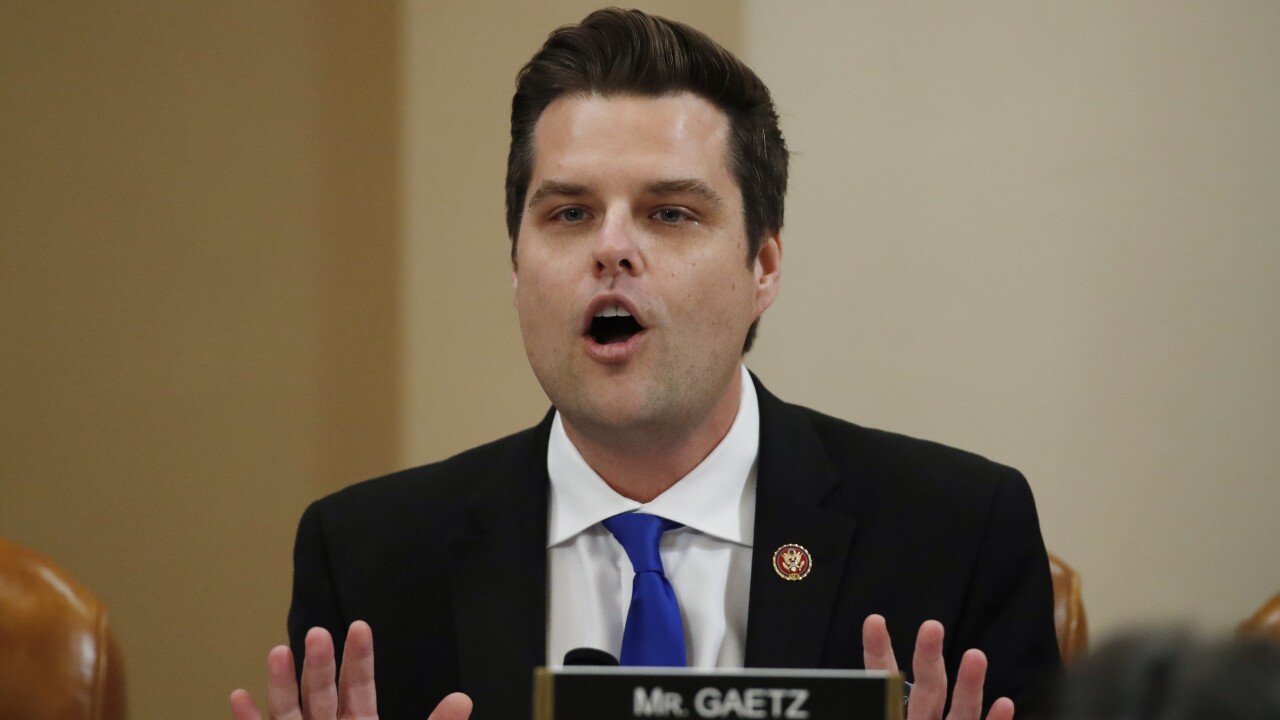 The company applied the label Monday to a tweet by Representative Matt Gaetz of Florida. The lawmaker called for the United States to "hunt down" members of Antifa "like we do those in the Middle East."

Antifa, short for anti-fascists, is actually not a concrete group and it has no leaders. It’s said to be a political protest movement comprising of autonomous groups affiliated by their militant opposition to fascism and other forms of extreme right-wing ideology.

On Sunday, President Donald Trump said he would designate Antifa as a “terrorist organization,” but legal experts say such a move would be unconstitutional and even if it was legal, it would be hard to enforce because of the lack of organization.

When prominent politicians violate Twitter's policy, the company flags the message, but does not delete it due to its public interest exception. Instead, other users are not able to like, reply, or retweet it without comment. They can retweet it if they add their own comment.

Twitter applied the same warning to one of President Donald Trump's tweets last week. Those remarks were about protests over the death of George Floyd. In part, he wrote “when the looting starts, the shooting starts.” It’s a phrase was used by Florida police chief during civil rights unrest in the 1960s, NBC News reports.