Trump's Walk of Fame Star is target for vandals 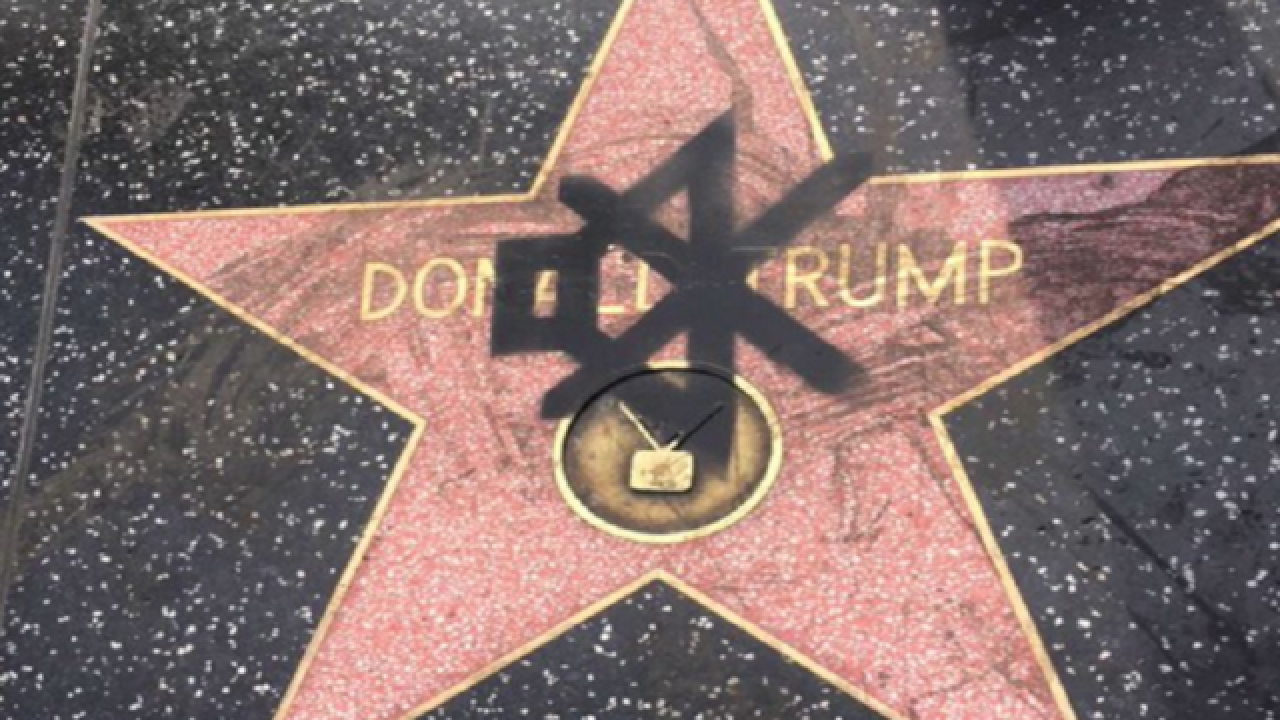 There’s very little that any single person could do to stop Donald Trump as he barrels towards a potential Republican nomination.
So a slew of anti-Trump tourists and residents of Hollywood are taking out their frustrations in a creative, but illegal, means: By defacing his Walk of Fame star on Hollywood Boulevard.
The star, which the real estate mogul and reality TV star earned in 2007, has been a target for vandals looking to tarnish his name – quite literally.
Since Trump announced his presidential bid almost a year ago, his star has become the victim of graffiti containing everything from insults to controversial spray-painted artwork, such as swastikas and in one case a “mute” icon.

A picture I took of Donald Trump's star on the Walk of Fame in LA a few months ago pic.twitter.com/FnuKhRY7n4

Someone spray painted a mute symbol on Donald Trump's star on the Hollywood Walk of Fame pic.twitter.com/CjkRzrZYdH

Someone defaced Donald Trump's Star,the idiot trying to portray him as a Nazi,used the Buddhist swastika LOL pic.twitter.com/CxhBzBa2sP

In a more recent instance, a dog defecated on the star, resulting in a viral tweeted photo (note: the tweet below contains profanity).

Officials, however, say they have no plans to remove the star, which never fails to turn heads as tourists walk by.
When a star is defaced on Hollywood Boulevard, a quick cleanup is normally underway, and is typically considered no harm, no foul.
“If it’s cleanable, no one files a report,” LAPD spokesman Joe Granados told The Huffington Post.
Similar incidents are likely to keep popping up throughout the race, at least as long as Trump maintains his front-runner stance.
He made his final pitches to Wisconsin voters on Monday night, one night before they would cast ballots in a key Republican primary.
Scripps Only Content 2016