Trump to award Medal of Freedom to Elvis, Babe Ruth, among others 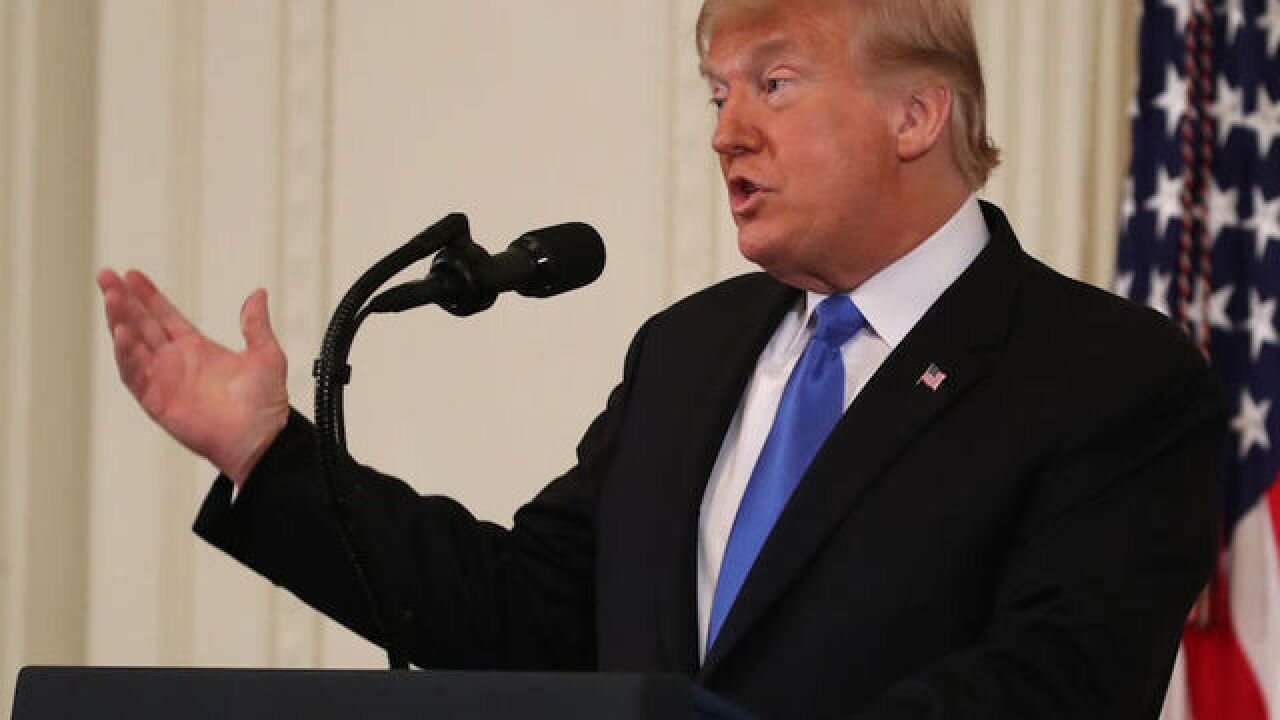 Image copyright 2018 Getty Images. All rights reserved. This material may not be published, broadcast, rewritten, or redistributed.
Mark Wilson
<p>U.S. President Donald Trump gives remarks a day after the midterm elections on November 7, 2018 in the East Room of the White House in Washington, DC. </p>

The Great Bambino, the King of Rock and Roll, and the former leader of "America's Team" are among those set to receive the highest honor that a president can bestow on a civilian.

The White House announced Saturday that President Donald Trump will award the Presidential Medal of Freedom to seven people next week. The list, which names three posthumous recipients, includes sports and entertainment legends such as Babe Ruth and Elvis Presley as well as political and charitable luminaries such as philanthropist Miriam Adelson, Utah Republican Sen. Orrin Hatch and the late Supreme Court Justice Antonin Scalia.

Adelson, the wife of billionaire Republican donor Sheldon Adelson, is cited by the White House for founding research centers committed to fighting substance abuse and, with her husband, establishing the Adelson Medical Research Foundation, which supports research on life-threatening illness. She has also supported Jewish schools, Holocaust memorial organizations, and Israeli military personnel and veterans, the White House noted.

The Adelsons were among the Republican Party's largest benefactors this midterm election, donating a whopping $112 million to GOP super PACs through September.

The White House also lauded the accomplishments of Hatch, one of the longest-serving senators in US history, citing his four decades of legislative accomplishments and his leadership on judicial confirmations.

Scalia, a conservative judicial icon, was cited by the White House for "insisting that the role of federal judges is to uphold the original meaning of the Constitution — never to impose their own beliefs on the country."

The news release praised Presley as a musical icon who defined American culture to adoring fans around the world and "fused gospel, country, and rhythm and blues to create a sound all his own, selling more than a billion records." It also noted his two years of Army service.

Ruth, meanwhile, is celebrated for setting baseball records that lasted for decades, creating the Babe Ruth Foundation, which sought to help underprivileged children, and for raising money for the war effort during World War II. "His legacy has never been eclipsed, and he remains the personification of 'America's Pastime,' the White House said.

Two football Hall of Famers are also among the honorees: former Dallas Cowboys quarterback Roger Staubach, who also volunteered to fight in the Vietnam War and later became a businessman and champion of charitable causes such as the United Way; and defensive tackle Alan Page, who would later go on to become the first African American to serve on the Minnesota Supreme Court.

The Medal of Freedom is awarded to those who have made "especially meritorious contributions to the security or national interests of the country, to world peace, or to cultural or other significant public or private endeavors," the White House said.

This is the first time Trump is presenting the Presidential Medal of Freedom. He has awarded the Medal of Honor, the nation's highest military honor, as recently as October.