Trump says government will halt if Dems investigate him 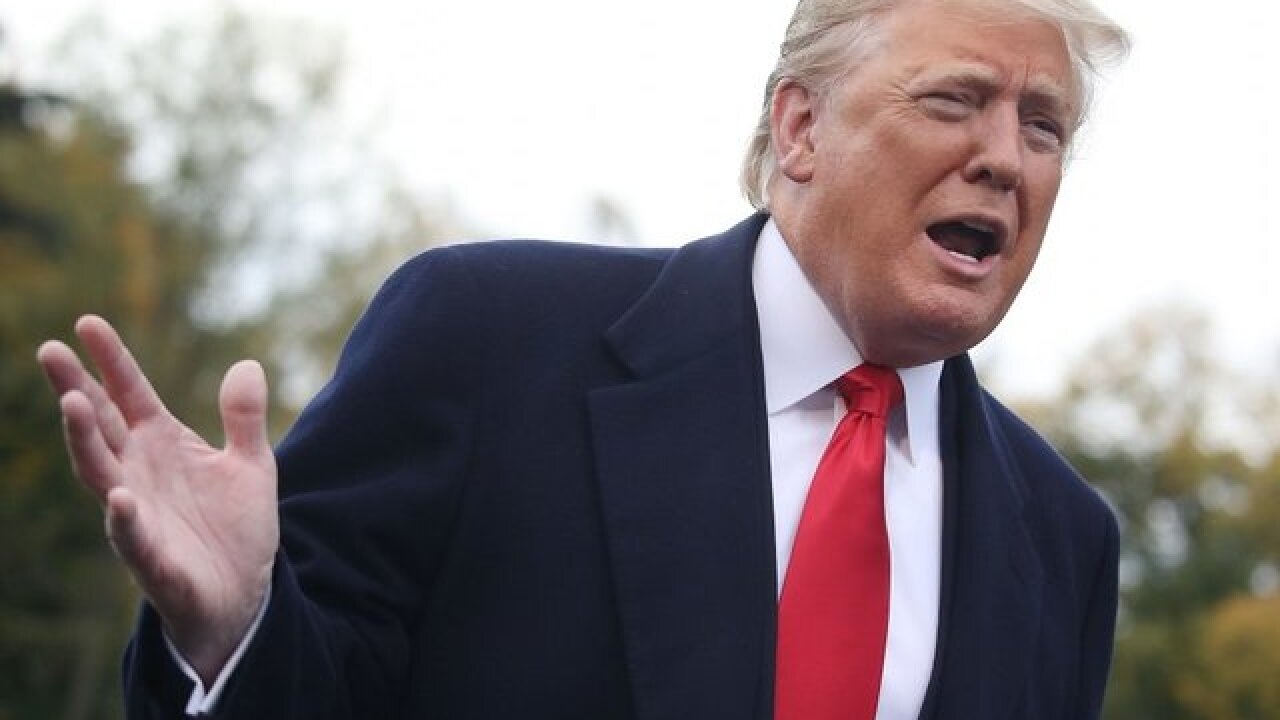 Speaking at a wide-ranging White House press conference, Trump, by turns combative and conciliatory, said Democrats and Republicans should set aside partisanship to work together.

Some House Democrats have threatened to use the subpoena power they will gain in January to investigate Trump and administration actions. But, he warned, he will respond in kind and government will suffer.

Plus, he said, Democrats have "nothing, zero," on him.

Of the special counsel's Russia investigation that has shadowed his administration for more than 18 months, Trump said, "I could end it right now" but "I let it go on."

Trump's remarks on party dynamics came after Senate Majority Leader Mitch McConnell said he had spoken with House Democratic leader Nancy Pelosi about how they might "find a way forward" in a divided Congress next year.

The GOP "had a very good day" Tuesday despite the House loss, McConnell said. "I'm proud of what happened. The president was very helpful to us."

He and Pelosi, the Kentucky senator said, are "not unfamiliar" with one another as longtime leaders and colleagues.

As for congressional action the rest of this year, he said he could not imagine taking up immigration and acknowledged that the Democratic House and Republican Senate were likely to go their separate ways when it comes to the legislative agenda

"Areas for legislative agreement will be more limited," he said.

"The one issue that Leader Pelosi and I discussed this morning where there could be a possible bipartisan agreement would be something on infrastructure, but there could be a lot of other things."

McConnell said that Democrats in the House will have to decide how much they want to "harass" Trump. That echoed a similar message from Trump, who on Twitter cautioned Democrats not to use their new House majority to launch investigations into his administration.

"If the Democrats think they are going to waste Taxpayer Money investigating us at the House level, then we will likewise be forced to consider investigating them for all of the leaks of Classified Information, and much else, at the Senate level," Trump wrote. "Two can play that game!"

Kavanaugh was confirmed last month after a California professor accused him of sexual assault when both were teenagers.