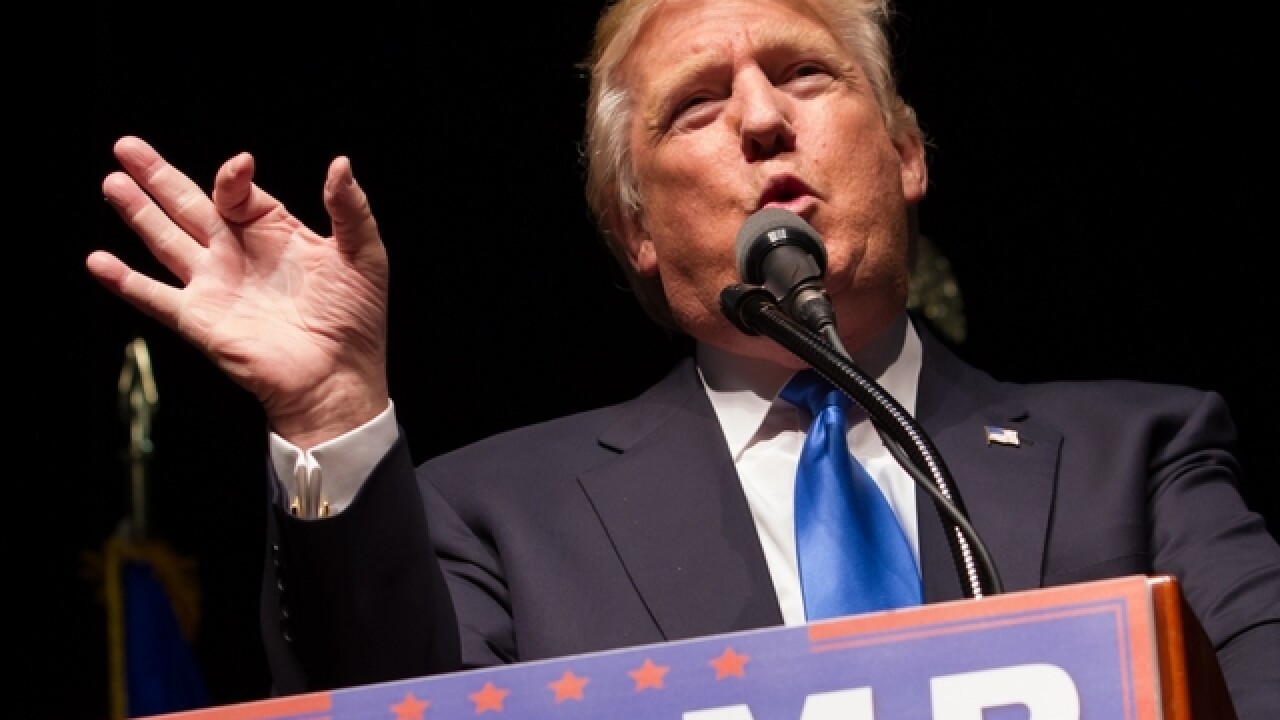 Going into last week’s New York primary, the three remaining Republican candidates were preparing for a fight for delegates at the GOP Convention in Cleveland in July. That fight is on life support as front-runner Donald Trump picked up a five-state sweep of Tuesday's contests.

Trump had more than 55 percent of the vote in all five states, and 60 percent in two states.

"We have had such incredible support throughout. This is a far bigger win than we could have predicted," Trump said Tuesday night. "Not only did we get all five, we got in the 60s. There are three people and when you crack 60, that is very hard to do. When you crack 60 with two people, that’s called a landslide."

Following Trump’s overwhelming victory in New York on April 19, Ted Cruz and John Kasich have been working together to prevent Trump from reaching 1,237 delegates before the convention.

Trump spoke out against the partnership between Kasich and Cruz.

"It was really strange when I saw these two get together. I said it is a good thing. It is a collusion," Trump said.

In Pennsylvania, only 17 of the state’s 71 delegates will be decided based off tonight’s results. The remaining 54 delegates are considered unbound, and are able to pick any candidate at July’s convention.

In the other four races, a total of 101 pledged delegates will be divvied up based off tonight’s results.

Trump entered Tuesday's primaries with 845 delegates, nearly 300 more than Cruz. Trump needs 392 delegates to win the nomination. According to the Associated Press, Trump has at least 951 delegates, and is approaching a near 400-delegate lead over Cruz.

At this point, Trump can win the nomination by picking up 50 percent of the remaining delegates.

Following Tuesday's primaries, Trump yet again suggested Kasich is no longer a viable candidate, although Kasich finished ahead of Cruz in four of the five states.

"Marco Rubio (who dropped out in March) has more delegates than Kasich. It is like a spoiled person staying in for whatever reason," Trump said.

In a statement released by Kasich's campaign, the Ohio governor vowed to stay in the race despite going more than a month without a state win.

"Never wavering from his commitment to a campaign focused on optimism and strength, John Kasich will continue making his supporters proud," his campaign said. "Time and again John Kasich has rebooted how government works for taxpayers, delivering on each and every promise."

Cruz, who once hoped to be able to get to 1,237 delegates without a contested convention, hopes hinge on stopping Trump from getting a majority of the delegates.

"This race is simple: Donald Trump and Hillary Clinton are both big government liberals," Cruz tweeted Tuesday night. Cruz campaigned in Indiana, and avoided discussing his loss on Tuesday.