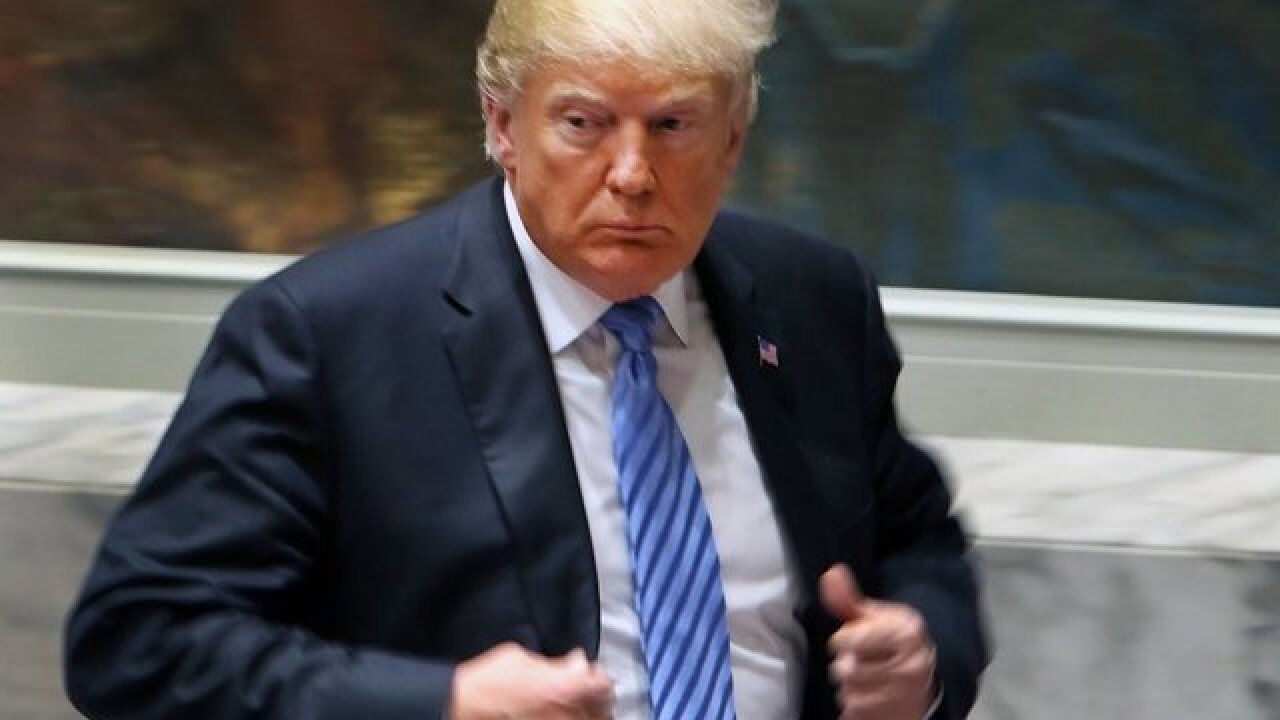 President Donald Trump convened a rare solo news conference Wednesday on the eve of a blockbuster Senate hearing that could determine the fate of his beleaguered Supreme Court nominee, defending his pick against what he called "a big, fat con job."

Embittered at how a once-assured confirmation process for Judge Brett Kavanaugh has unraveled, Trump hoped to wrest back control during the early evening appearance in New York. It's only the second time he's held a solo news conference on US soil as president.

Trump on Wednesday stood by his decision not to call on the FBI to reopen its background investigation of Kavanaugh.

"It's not for the FBI," Trump said, echoing his past comments.

The President added that an FBI investigation -- even if it came back giving Kavanaugh a clean check -- would not change any Democrats' minds.

The President said he believes the ordeal will hurt Democrats in the midterm elections, saying voters "know it's a big fat con job."

"They laugh like hell at what they pulled off on you and the public. It wouldn't matter if the FBI came back with the cleanest score," Trump said.

In his hometown for the annual United Nations General Assembly, Trump has engaged in a week of intensive diplomacy pocked by the persistent political chaos in Washington. Six one-on-one meetings and two major addresses have not proved ample distraction for the President, who has railed against Democrats for orchestrating what he's deemed a "con."

Hours before Trump was due to address reporters, a third accuser came forward to allege Kavanaugh engaged in inappropriate behavior in high school. Kavanaugh has denied all allegations of sexual misconduct.

Behind the scenes, Trump has sought to take the reins of the narrative, disappointed that neither Kavanaugh nor congressional Republicans have been able to put the allegations to rest.

Other stories have also swirled. Deputy attorney general Rod Rosenstein, who appeared ready to resign on Monday, is set to meet Thursday at the White House with the President to discuss his future.

And Trump is instructing aides to begin preparing for his second summit with North Korean leader Kim Jong Un. Speaking at the UN earlier, Trump said a time and location for the talks would be announced in the near future, and Secretary of State Mike Pompeo is set to travel to Pyongyang in October to discuss the matter further.